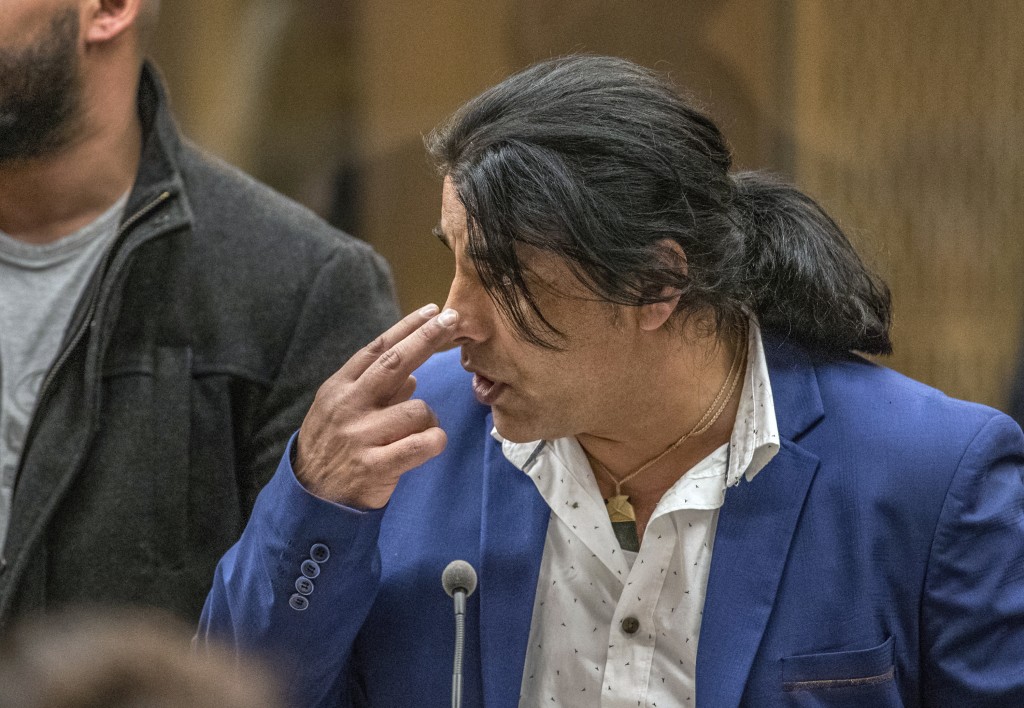 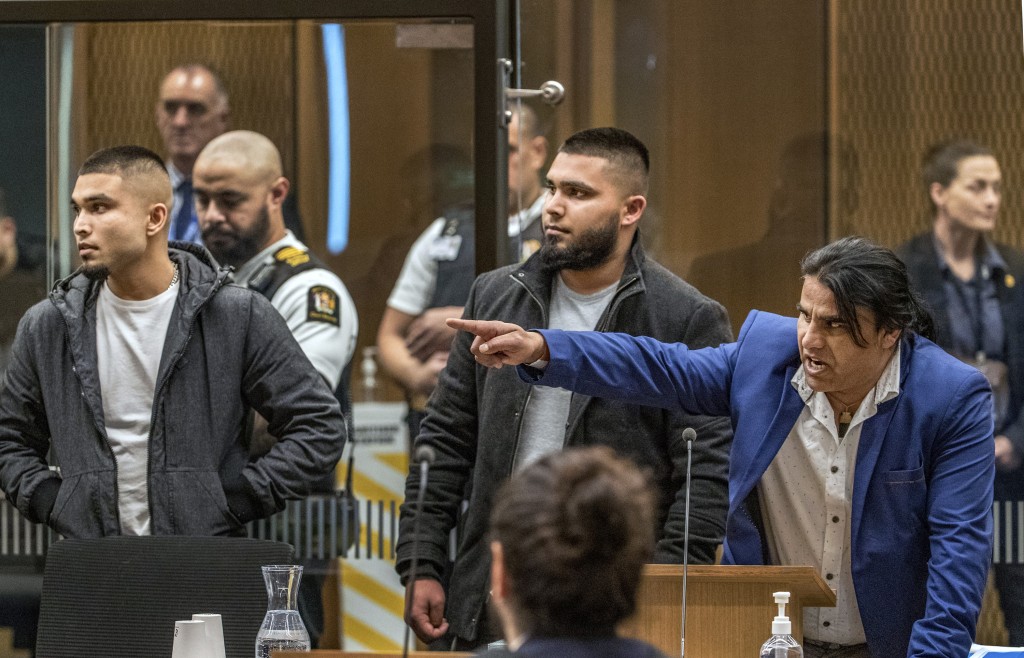 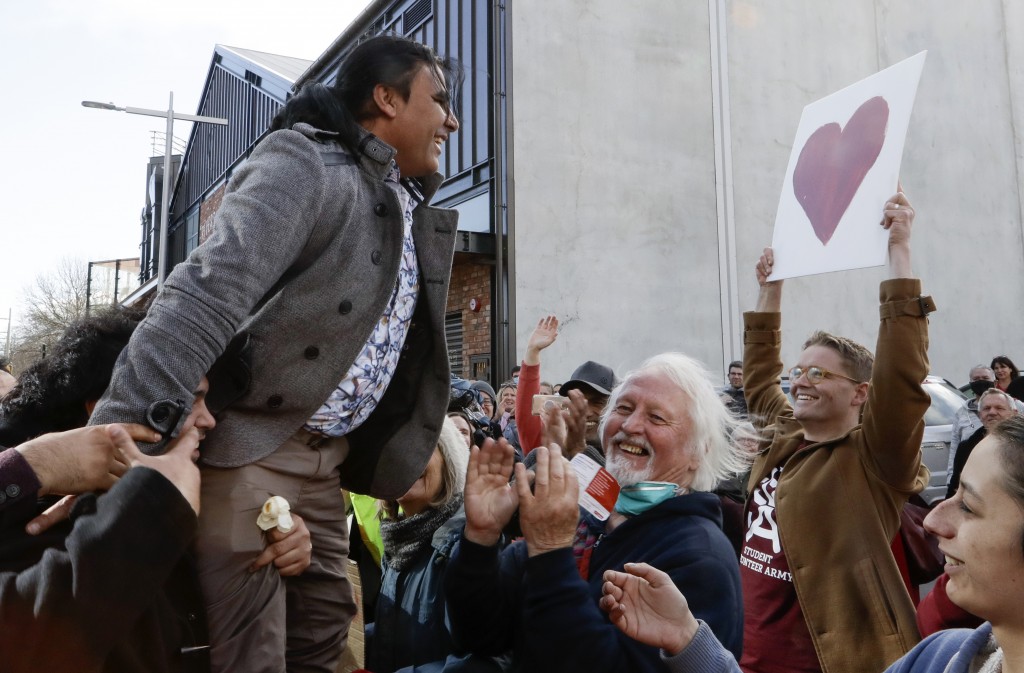 WELLINGTON, New Zealand (AP) — Two Muslim worshippers who at different times charged toward a gunman to try and stop his massacre were each awarded New Zealand's highest honor for civilian bravery on Thursday.

Both men are credited with helping save others in the 2019 attack at two Christchurch mosques in which 51 people were killed. One of the men awarded the New Zealand Cross, Dr. Naeem Rashid, was himself killed when he tried to tackle the gunman. The other recipient, Abdul Aziz, survived after dodging bullets and chasing the gunman away.

The award had previously been given to just two other people since it was started in 1999. Eight more people on Thursday were also given other bravery awards for their roles in helping people during the shootings.

Rashid and his son were at the Al Noor mosque with dozens of others for Friday prayers when the gunman entered the main prayer room, shooting at everyone he could.

Authorities described how Rashid found himself in a bottleneck of worshippers trying to escape through a small window and door. He reacted when the gunman turned to fire at people on the other side of the room.

“Dr. Rashid launched himself from his position and ran at the gunman,” government authorities wrote. “When Dr. Rashid was approximately 1 meter (3 feet) from him, the gunman swung the rifle around and shot Dr. Rashid in the shoulder. Dr. Rashid collided with the gunman, grabbing him and knocking him to the ground."

The gunman then managed to get back up and shoot and kill Rashid. In the meantime, at least seven more people escaped, authorities said.

Soon after, the gunman left and drove to the Linwood Mosque, where he continued his shooting spree. At one point he stopped to run back to his car and get another gun.

Abdul Aziz then yelled at the gunman and ran after him, grabbing a credit card machine and hurling it toward him.

The gunman fired at Aziz but he managed to duck behind parked cars. Aziz picked up a gun the gunman had thrown down but found it was empty when he pulled the trigger. He yelled some more at the gunman to distract him from killing others.

“The gunman saw Mr. Aziz carrying the discarded rifle, dropped his gun and ran to his car,” authorities wrote. “Mr. Aziz chased after him and, while the gunman was sitting in his car, threw the gunman’s discarded rifle at the back left window of the car, smashing it. The gunman drove off, with Mr. Aziz continuing to chase him for a time down Linwood Avenue.”

In an interview with The Associated Press the day after the shooting, Aziz said he didn't feel fear or much of anything at all when he faced down the gunman while his sons remained inside the mosque. He felt like he was on autopilot, he said, and that God, or Allah, did not think it was his time to die.

Other people awarded bravery honors included a worshipper who shielded another man with his body while being shot, the two police officers who rammed the gunman's car and dragged him out before he could continue his massacre at a third mosque, and bystanders who helped the wounded.

Prime Minister Jacinda Ardern said each of the 10 people who were given awards put their lives at risk to save others.

“The courage demonstrated by these New Zealanders was selfless and extraordinary," she said. “They have our deepest respect and gratitude for their actions on that day.”

The gunman, white supremacist Brenton Tarrant, was last year sentenced to life in prison without the possibility of parole after pleading guilty to 51 counts of murder, 40 counts of attempted murder and one count of terrorism.

In a statement, Rashid's widow Ambreen Naeem said that throughout his life, her husband had always put others before himself.

“Naeem was a brave man, he was kind and loving. He was a true follower of the peaceful faith of Islam,” she said.

“This award is not only for him but for every peace-loving person who stands against hate. For all the victims, not only the victims of the Christchurch terror attack, but all over the world.”

A ceremony to honor the award winners will be held early next year.