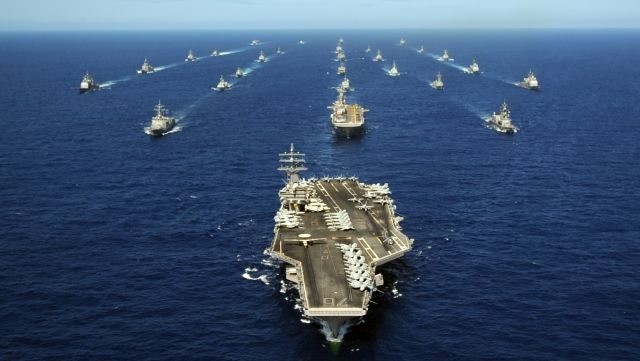 TAIPEI (Taiwan News) — The U.S. Senate on Wednesday (Dec. 15) voted in favor by a wide margin for a defense spending bill that includes sections calling on Taiwan's participation in the 2022 Rim of the Pacific Exercise (RIMPAC) and recommending Taiwan's asymmetric defense capabilities be strengthened.

The National Defense Authorization Act for fiscal year 2022 (FY 2022 NDAA) passed with strong bipartisan support in a vote of 88-11. This follows the passage of the bill in the House of Representatives last week with a vote of 363-70.

The bill totals US$770 billion in defense spending, US$25 billion more than President Joe Biden had requested. Now that both chambers have approved the bill, it will be delivered to Biden's desk to be signed into law.

Section 1243 calls on the secretary of defense to submit a report by Feb. 15, 2022, on the "feasibility and advisability" of enhanced cooperation between the U.S. National Guard and Taiwan. In Section 1247, the bill calls for continued support for Taiwan's military to enable it to maintain a "sufficient self-defense capability."

In Section 1248, the bill states that "naval forces of Taiwan should be invited to participate in the Rim of the Pacific exercise conducted in 2022." Held every two years, the U.S.-led RIMPAC is the largest international maritime warfare exercise.

The massive war games were first started in 1971 to cultivate and manage Washington's relationships with its allies. The U.S. Pacific Fleet now considers the exercise crucial to safeguarding "vital shipping lanes" and "freedom of navigation through international waters."

Regarding intelligence, Section 1253 calls on the director of national intelligence to submit a report on any Chinese operations to undermine peace and stability in the Taiwan Strait and list efforts by the U.S. to counter such operations.