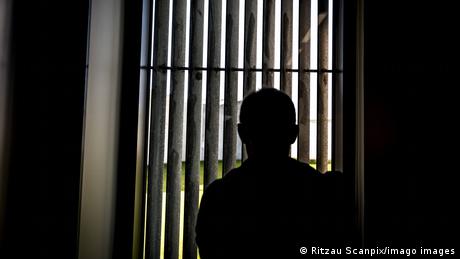 Denmark is reforming its prison system with a 4-billion-Danish-krone ($607 million, €538 million) funding boost for "new initiatives," the country's government announced on Wednesday.

One of the initiatives will see the Scandinavian country pay Kosovo to house 300 prison inmates. The Danish government said the measure targets "foreigners sentenced to deportation" who were due to be expelled out of Denmark once they complete their sentences. The agreement was backed by several parties across the political spectrum before being announced by the Danish Justice Ministry on Twitter.

Justice Minister Nick Haekkerup described the funding hike as "historic" but only a first step in "a long, hard struggle" to rebalance the Danish prison service.

"At the same time, we are ensuring better working conditions for our prison officers, who have been carrying a very heavy burden for a number of years," he said.

Denmark to get tough with new prison

The wealthy EU nation struggles with overpopulated prisons, with its prison population growing 19% since 2015. It currently houses over 4,000 prisoners in the nation of 5.8 million people. At the same time, the number of prison wardens is shrinking, and the country is expected to have a shortfall of 1,000 places by 2025.

On Wednesday, Danish government said it was constructing a new high-security prison for hardened criminals. The reforms will also see badly behaved prisoners suffer harsher consequences if they assault or threaten prison staff or other prisoners.

Most prisoners in Denmark currently serve their sentences in the so-called open prisons. These facilities house people sentenced to five years or less, and allow inmates to wear their own clothes and cook their own meals. Many of the prisons do not have a classic security perimeter comprised of fences and turrets. The inmates also get frequent visits and can request a temporary leave.

The AFP news agency contributed to this report.