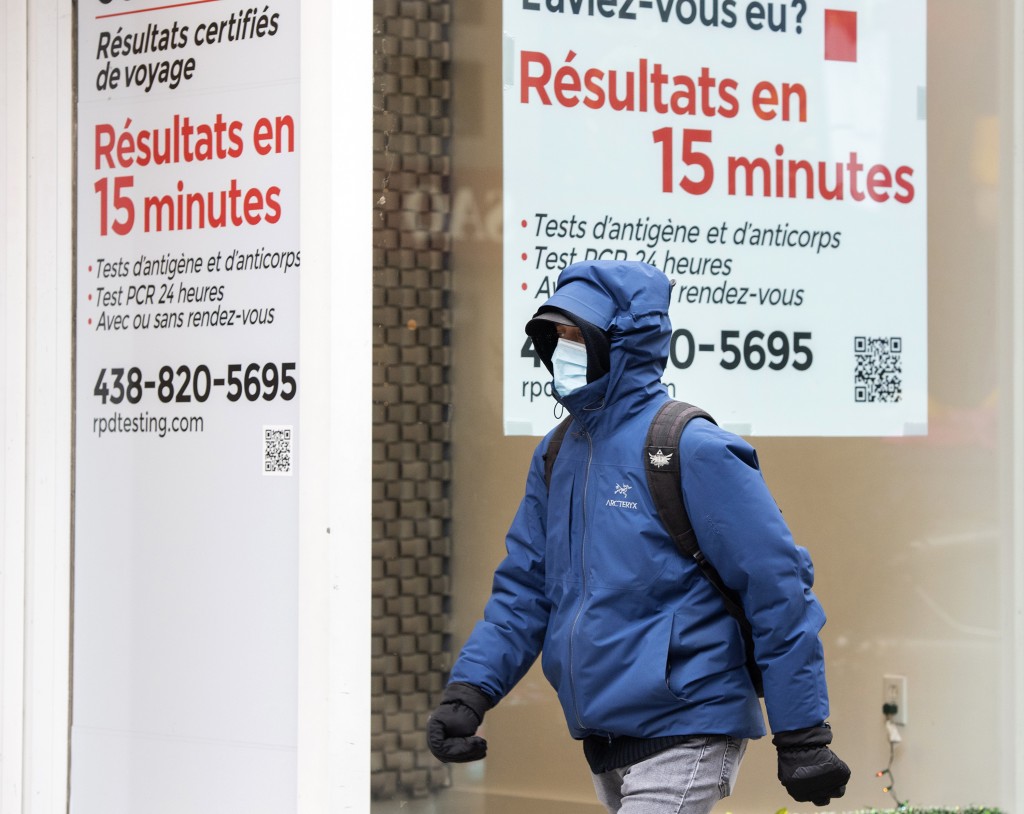 TORONTO (AP) — The Canadian government on Wednesday advised Canadians against all non-essential international travel, and the largest province of Ontario capped capacity at large events like NBA and NHL games at 50% because of the new coronavirus variant.

“It’s the last thing families want to be dealing with right now, but COVID in the presence of omicron is back with a vengeance,” Trudeau said.

Ontario Premier Doug Ford said all adults in Ontario, Canada's most populous province, can book virus booster shots beginning Monday if three months have passed since their second vaccine dose. Canada trails the U.S, Britain and other countries in getting citizens booster shots.

“We aren’t going to lock down the system and try to get out this,” Ford said.

Ford said the best defense is to get a booster shot. “That’s our plan and that’s what we’re going to get done,” he said.

Bars and restaurants remain at 100% capacity. Provincial officials said the capacity limit applies only to any event with 1,000 or more spectators.

There were 1,808 new coronavirus cases reported in Ontario and 2,386 in Quebec on Monday. Ford noted the omicron variant is the most contagious variant seen yet and is on the verge of becoming the most dominant strain in Ontario if it isn't already.

The city of Kingston, Ontario, announced earlier this week that it is limiting gatherings to a maximum of five people in response to the fast spread of the omicron variant there.

Some school boards in Ontario are making preparations for the possibility of a return to remote learning in the new year.

The Toronto District School Board sent a memo to parents asking that students take home personal belongings and devices from classrooms as well as any tools or supplies they might need to pivot to remote learning. The Waterloo Region District School Board issued a similar memo Wednesday, saying its staff had prepared schools to “ensure a smooth transition, if required.”