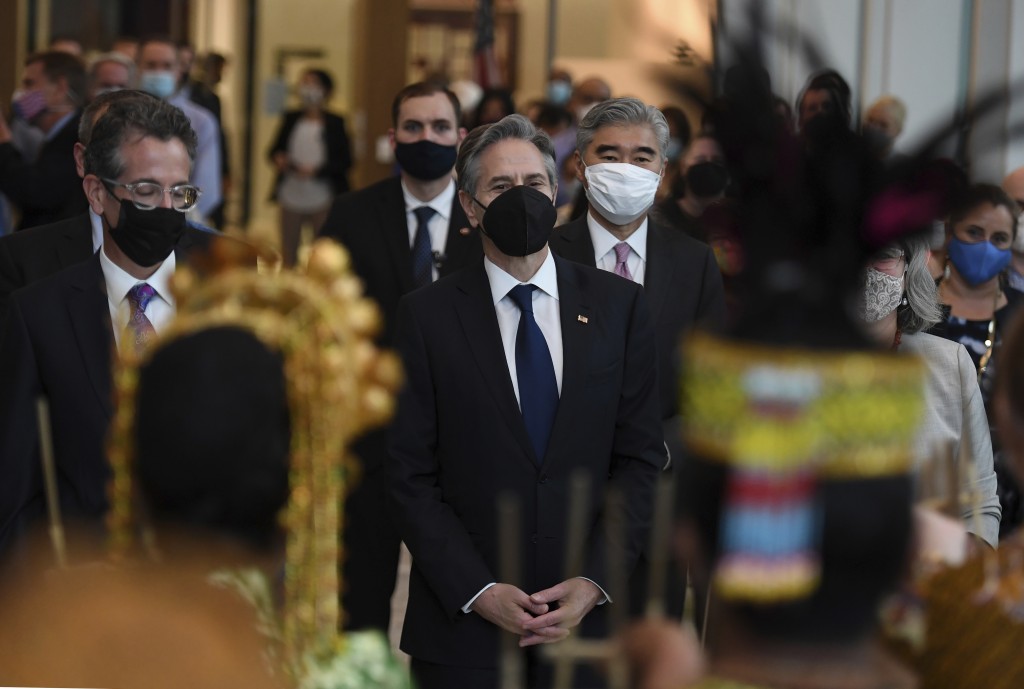 TAIPEI (Taiwan News) — U.S. Secretary of State Antony Blinken on Tuesday (Dec. 14) affirmed Washington’s intent to strengthen ties with its partners in the Indo-Pacific and reiterated its commitments to Taiwan in a speech during his visit to Indonesia.

Blinken said the U.S. seeks to maintain “a free and open Indo-Pacific” to guarantee the region is free from political pressure and military threats and is “accessible to all.” The U.S. will cooperate with allies and partners to uphold the rules-based order that has been built over many decades, he said.

Blinken explained that this is also why Washington has placed great importance on maintaining peace and stability in the Taiwan Strait, which he said is consistent with its longstanding commitments to Taiwan.

He emphasized that America’s goal is not about suppressing any one country but is intended to “protect the right of all countries to choose their own path, free from coercion, free from intimidation.” Blinken added that the U.S. will protect the rights and agreements that have facilitated “the most peaceful and prosperous period that this region and the world has ever experienced.”

The secretary of state mentioned that the U.S. will foster stronger relations with allies in the Indo-Pacific and beyond. U.S. treaty alliances with Japan, South Korea, Australia, the Philippines, and Thailand will be deepened, he said.

Blinken noted that the EU had recently announced an Indo-Pacific strategy that aligns closely with the U.S.’ own vision, which he said will help bolster a network of alliances that prioritizes stability in the region. He also pointed out the U.S. has deepened cooperation with Japan and South Korea and launched a new security cooperation agreement with Australia and the U.K.

The U.S. will “reinvigorate” the Quadrilateral Security Dialogue and strengthen its partnership with “a strong and independent ASEAN,” he added.

Blinken pointed out that threats are evolving and Washington’s security approach must adapt to them. The U.S. aims to reinforce its strengths to ensure regional peace, he said, adding, “We don’t want conflict in the Indo-Pacific.”