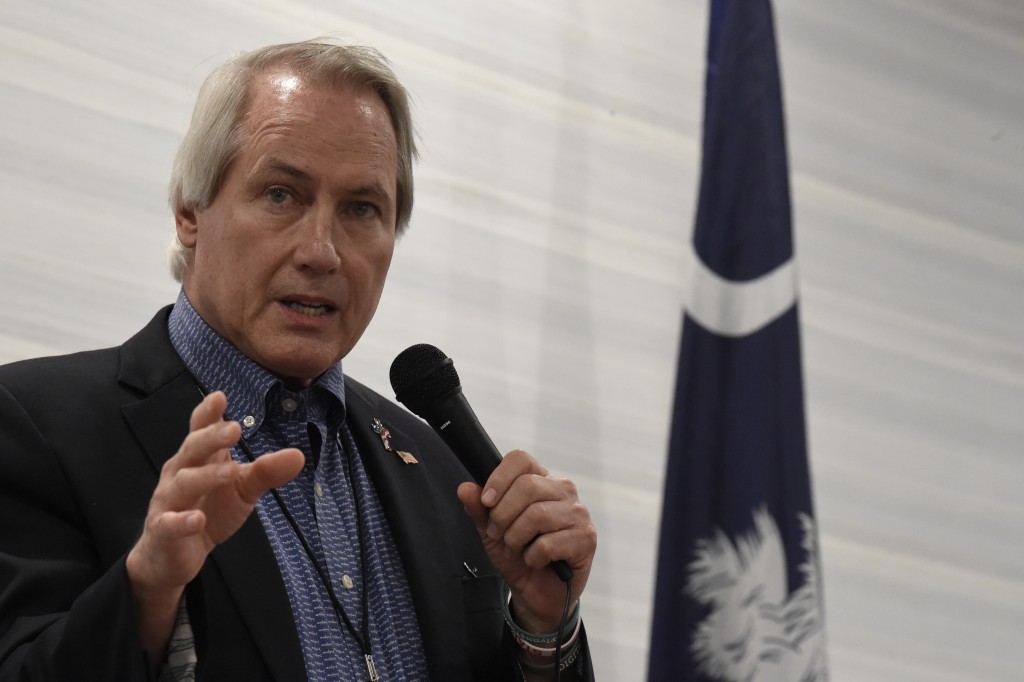 ATLANTA (AP) — An investigation found that a high-profile lawyer who has falsely insisted that former President Donald Trump actually won the 2020 election did not violate Georgia election laws by moving to another state before voting last year.

The investigation was initiated after the secretary of state's office learned from a television reporter that Wood may have been living in South Carolina when he voted. Wood on Feb. 1 announced on Telegram that he had moved from Georgia to South Carolina.

In an email to a WSB-TV reporter, Wood wrote that he had been “domiciled in South Carolina for several months after purchasing property in the state in April.”

In a text message to The Associated Press at the time, Wood wrote, "While I spent time in South Carolina in 2020, I considered myself domiciled in Georgia and a resident of Georgia at all times in 2020.” He said he voted in person in Georgia on Oct. 21 for the 2020 general election but did not vote in the Senate runoffs in January.

After his move to South Carolina, Wood ran to become chairman of that state's Republican party, but his bid was ultimately unsuccessful.

Wood has insisted Trump won the election but that it was rigged for him to lose. He filed legal challenges on his own and with attorney Sidney Powell, who kept fighting for Trump even after she was removed from his legal team. Wood and Powell were criticized by Republican leaders after they encouraged Georgia voters not to cast ballots in the U.S. Senate runoffs. Wood and Powell claimed the runoffs would be rigged and questioned the loyalty of Republicans David Perdue and Kelly Loeffler to Trump before their losses tipped the Senate into Democratic control.

Wood and Powell were among nine lawyers who were ordered earlier this month to pay Detroit and Michigan a total of $175,000 in sanctions for abusing the court system with a sham lawsuit challenging the 2020 election results.