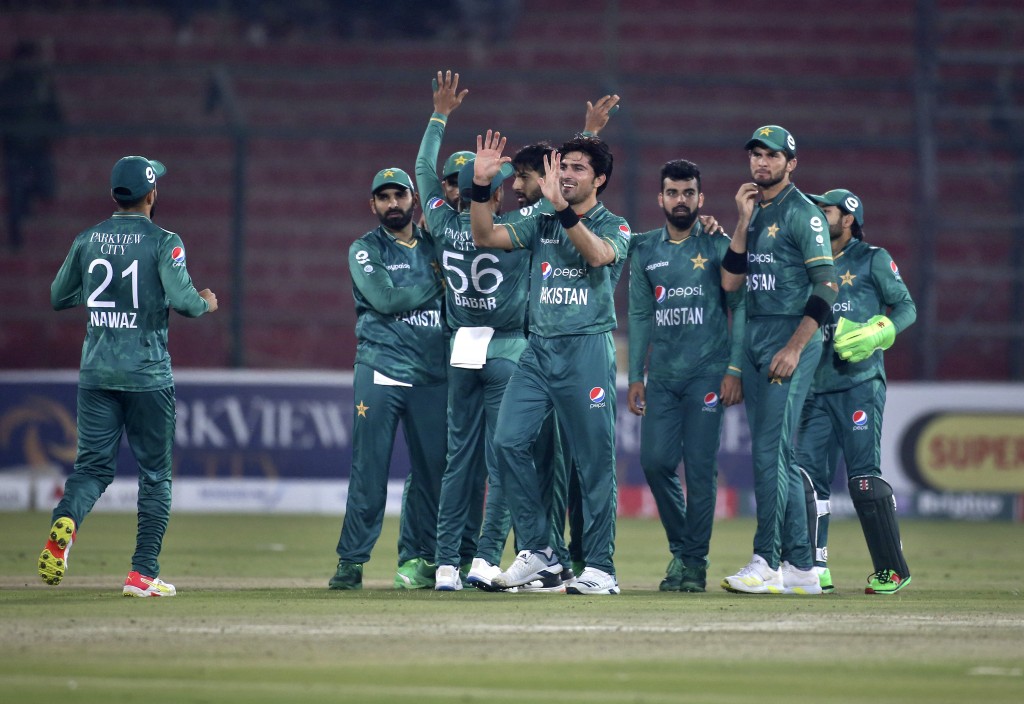 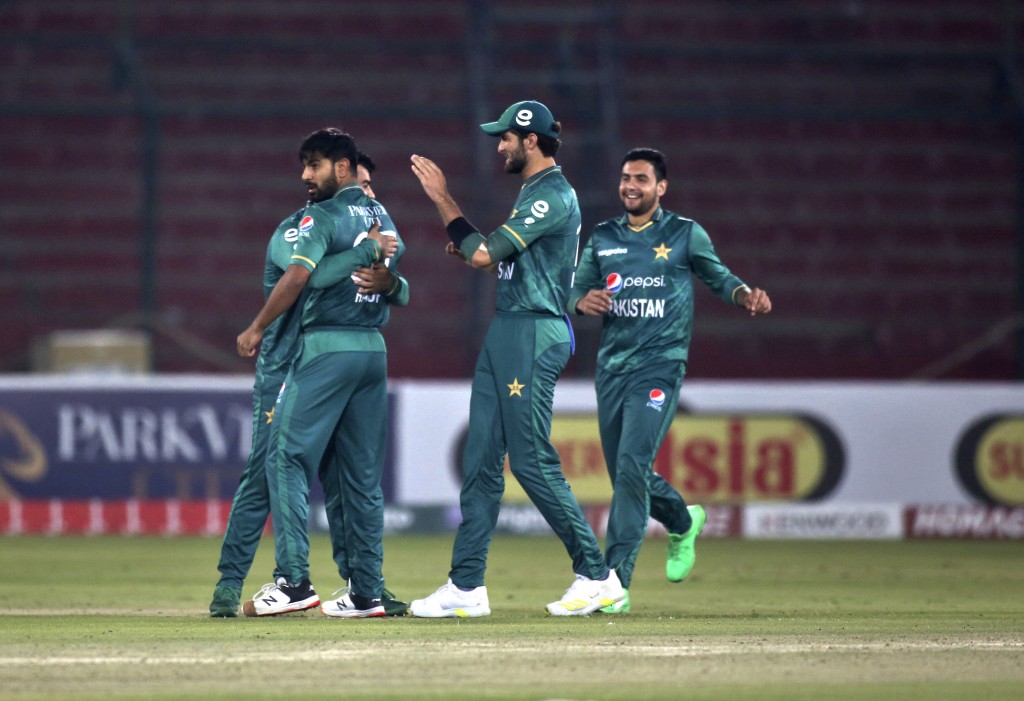 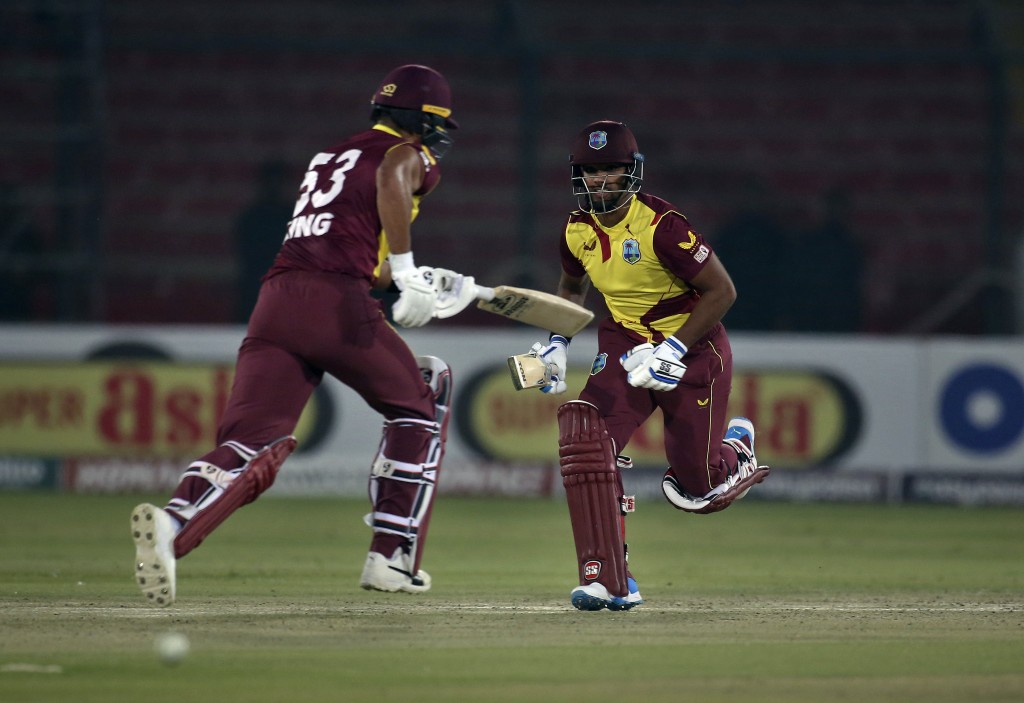 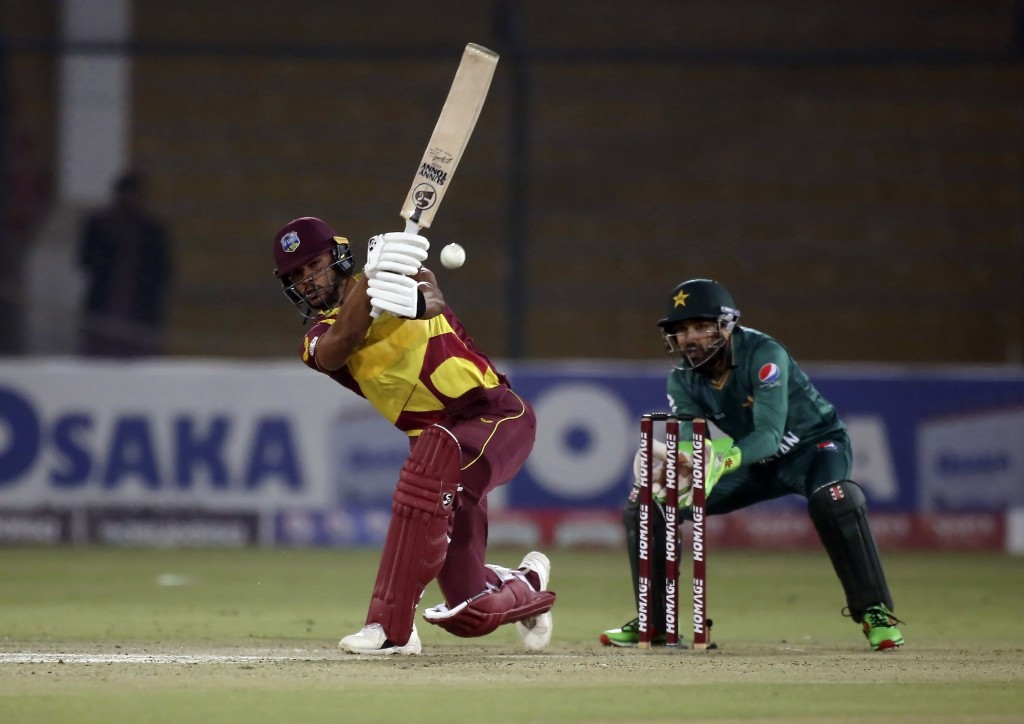 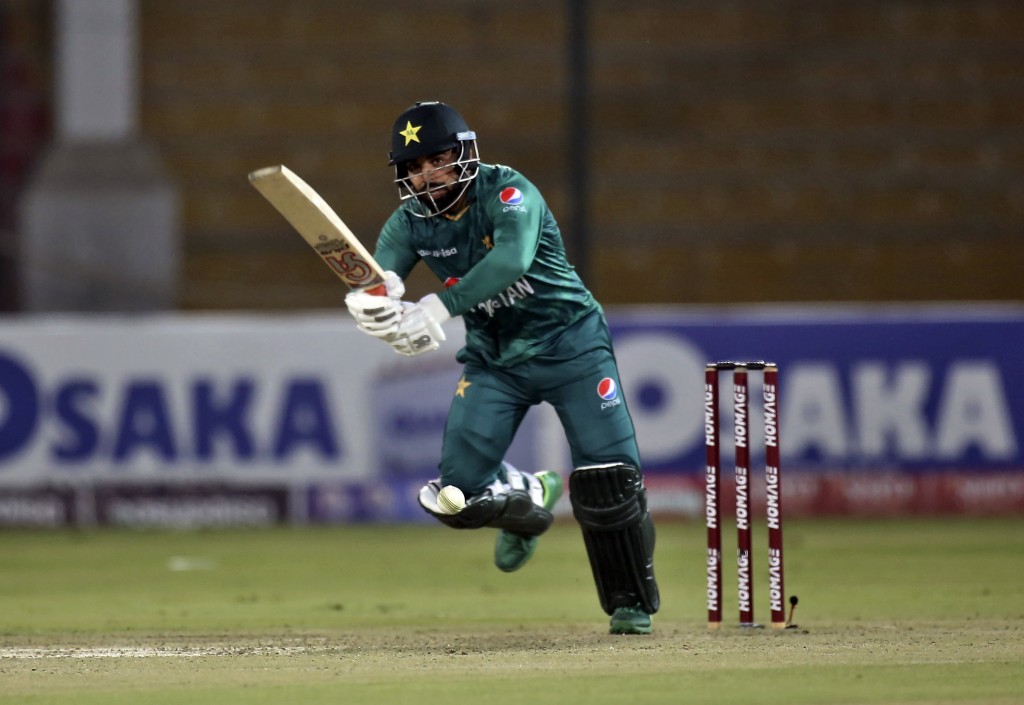 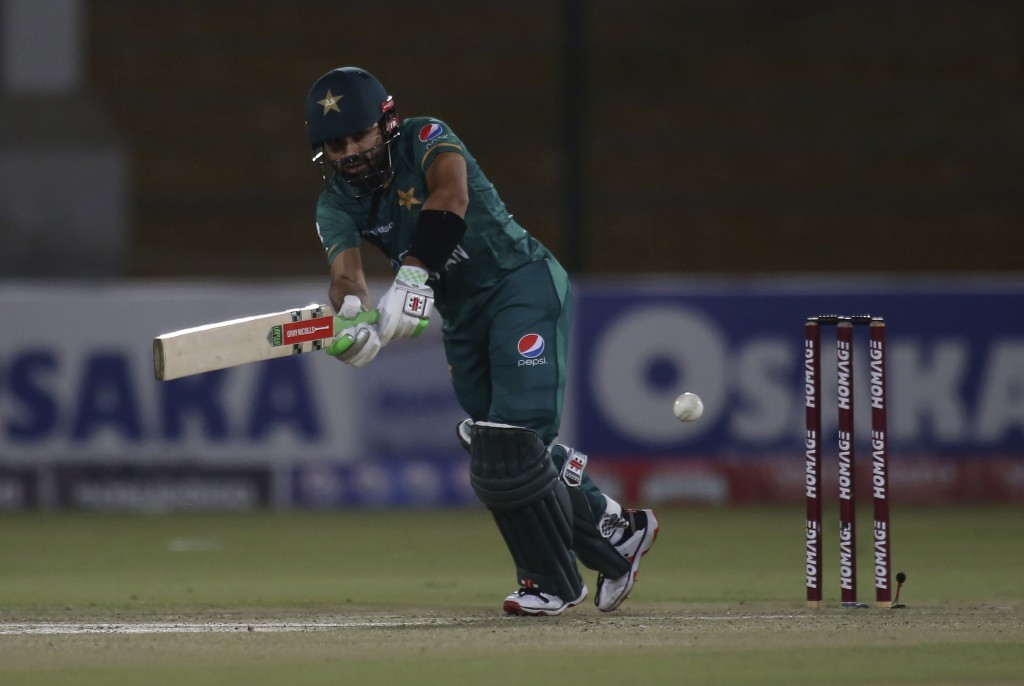 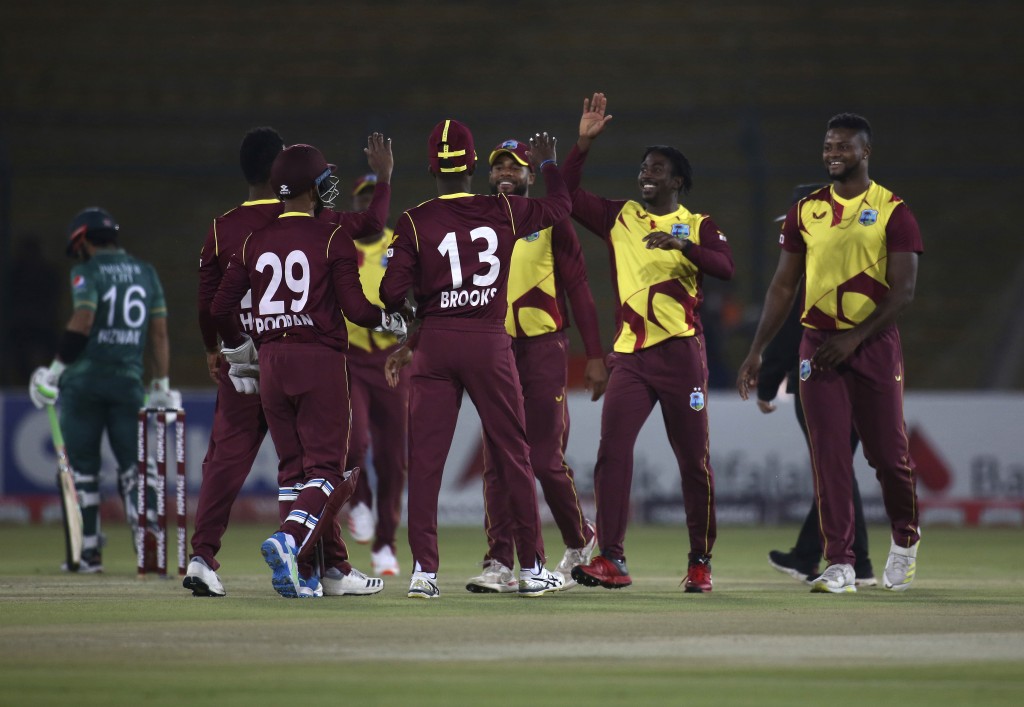 KARACHI, Pakistan (AP) — Pakistan hung in against Romario Shepherd’s late charge to beat the West Indies by nine runs in the second Twenty20 for an unassailable 2-0 lead in the three-match series on Tuesday.

Needing 23 off the last over, Shepherd hit Haris Rauf for 13 runs but the West Indies was bowled out on the last ball when the paceman clean bowled No. 11 batter Oshane Thomas.

Pakistan was only 141-7 after 18 overs but Shadab Khan crunched an unbeaten 28 off 12 balls to give them a defendable total. It proved to be the difference.

“There’s grip for the spinners in the second innings, which is why we wanted to bat first.”

Fast bowler Shaheen Shah Afridi (3-26) had West Indies on the mat at 131-8 when he claimed three wickets in the 17th over.

Odean Smith was brilliantly snapped up by a diving Asif Ali on the edge of the boundary, Dominic Drakes, who made his debut on Monday in West Indies' 63-run defeat, edged Afridi behind, and the left-arm fast bowler was on a hat trick when he clean-bowled Hayden Walsh off the next ball.

Shepherd denied Afridi a hat trick and his career-best 35 off 19 balls surprisingly lifted West Indies to the brink of a comeback win, but ultimately he was given too much to do with too little support.

“Tough one for us (but) big improvement from yesterday,” West Indies skipper Nicholas Pooran said. “Felt like we lost here due to silly mistakes, irresponsible from myself, too. We tried our best to execute plans and it’s our (top order) responsibility to carry the game.”

Opener Brandon King (67) scored his maiden T20 half-century but legspinner Shadab Khan (0-22) didn’t allow him to score freely in the middle overs. When King holed out in the deep in the 16th over off Rauf, he was only the fifth man down. But Afridi's three wickets in the next over confirmed the momentum was back with Pakistan.

Earlier, Pakistan’s batting depth was on show again even after captain Babar, who won the toss and elected to bat, yet again couldn’t get going and was run out for just 7.

Left-arm spinner Akeal Hosein stood out for the West Indies in an unchanged spell of four overs up front and had Fakhar Zaman stumped, but too many other batsmen got away.

However, it was Shadab's breezy knock including three sixes in the last two overs which gave Pakistan just enough runs.

The third and last T20 is on Thursday.