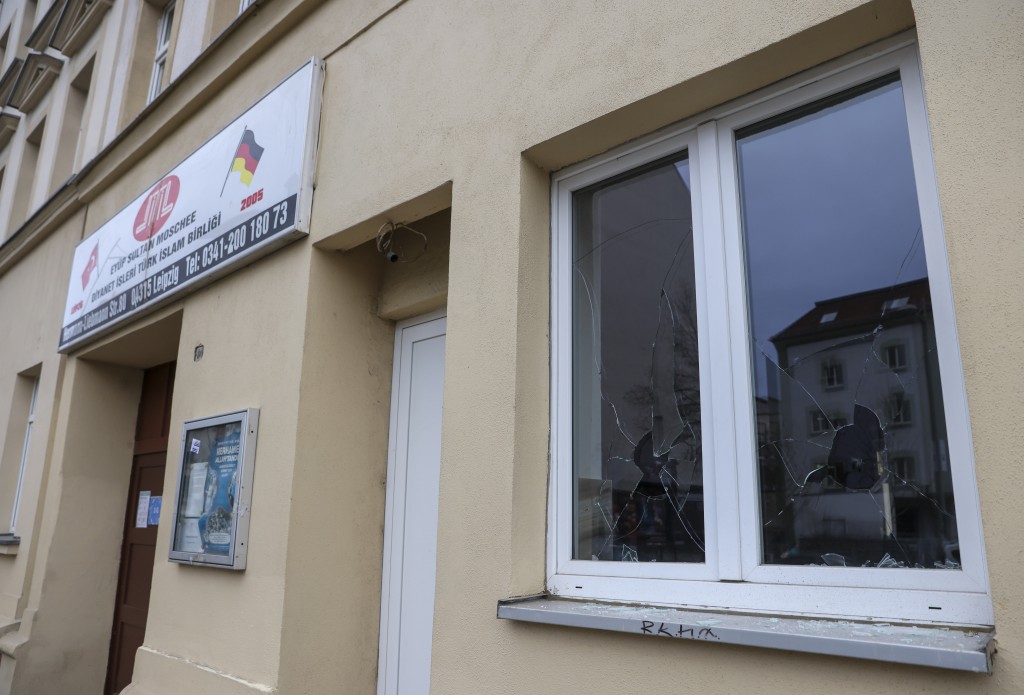 BERLIN (AP) — Several windows at a mosque in the eastern German city of Leipzig were broken after dozens of people set off fireworks, set fire to garbage cans and threw bottles at cars, police said Tuesday. It wasn't clear whether the mosque was targeted deliberately.

The windows were broken on Monday evening, police told news agency dpa. Before that, the group of about 80 people had marched nearby and thrown paint and stones at a police patrol car. Police estimated the total value of the damage caused during the incident at 30,000 euros (nearly $34,000).

The mosque — run by the the Turkish-Islamic Union for Religious Affairs, or DITIB — appeared to be the only building that was damaged, but police didn't say whether that was on purpose and there was no word on whether there was any political motive.

There were no arrests, though officers took 12 people to a police station to register their identity. Police initially linked the damage to a march by what they believed was a left-wing group. They opened an investigation into suspected breach of the peace.