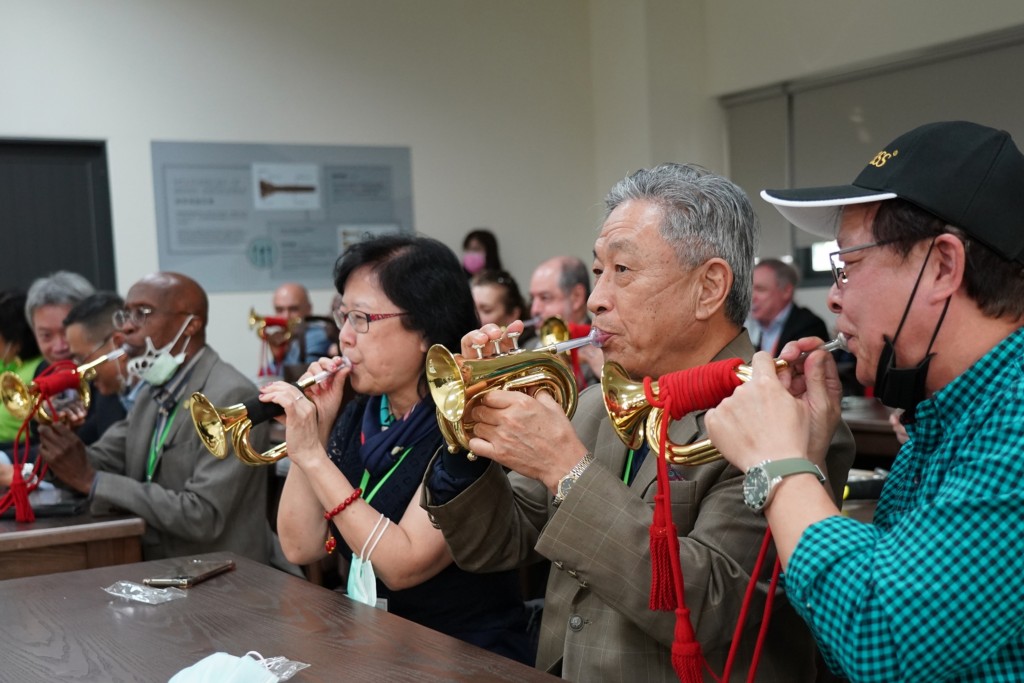 Deputy Foreign Minister Tien Chung-kwang (田中光) invited the diplomats for a tour of the CarolBrass Tourism Factory in Dalin on Sunday (Dec. 12) to give them an understanding of the country’s musical instrument sector, CNA reported.

The company, founded in 1989, exports trumpets, cornets, and trombones to 35 countries, while it also manufactures instruments on a bespoke basis, the Chiayi County Government said.

In addition to observing the production process, the diplomats also had an opportunity to practice music and admire classic instruments from overseas exhibited for the public.

Tien said he first heard of the company during his stint as Taiwan’s representative in India, so he wanted to present the country’s production of musical instruments to the world.