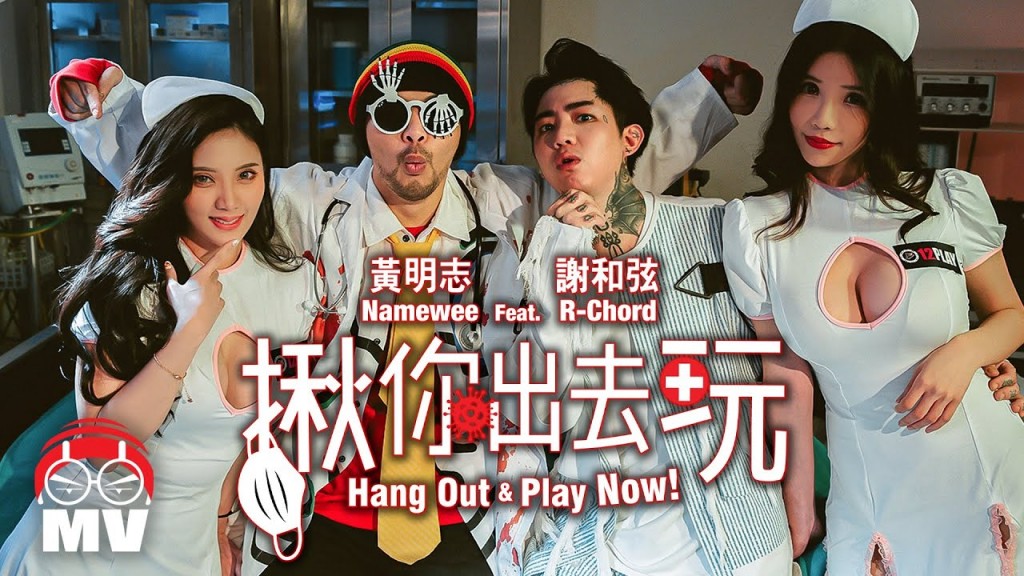 The video starts out with a newscaster played by Retina announcing that China has invented a new "supervirus" that kills COVID-19. Taking a jab at the Chinese Communist Party's (CCP) coverup and obfuscation of the origins of the pandemic in Wuhan, including early denials of human-to-human transmission, the anchor says the virus is transmitted through "non-information and non-communication."

The video then pokes fun at China's long-held claims of zero-COVID cases. Just as China's cases suddenly dropped to zero in March of 2020 and essentially remained that level for most of the pandemic, the announcer remarks that "Countries in the world have attained zero infections overnight."

He claims that all patients have miraculously recovered without any sign of relapse. Given this sudden disappearance of the virus, he states that all countries are starting to lift their border restrictions and open up to the world.

Mocking the way World Health Organization (WHO) Director-General Tedros Adhanom quickly praised Chinese Chairman Xi Jinping (習近平) for his "transparency" in January of 2020, the anchorman says Tedros held an emergency meeting to express gratitude for its "enormous contribution to mankind." The music then kicks in as doctors and nurses start to celebrate the end of the pandemic in a section titled "Hang Out & Play Now!"

Namewee then merrily sings about all the places he would like to see now that the pandemic is supposedly over, such as New York, Wuhan, India, Brazil, Russia, London, Paris, Madrid, Rome, Istanbul, Berlin, and even meeting Tedros in Ethiopia. He rejoices that everyone can go anywhere they want and expresses his wish to "infect everyone with my enthusiasm."

Celebrating the end of masks, quarantine, social distancing, real-name registration, and PPE, he promises that "as long as we gather here, feelings will never mutate" as he boasts that he is the "super antibody." R-Chord then can be seen furiously lip-syncing lyrics like "Crown corona yourself and gulp deep as you breathe" and "Joy is like a virus, I am the super carrier."

However, the jubilation suddenly ends when the newscaster suddenly reappears, breaking the news that the WHO is denying it made an announcement of the end of COVID and alleges that a group called WTF (What the F*ck) is the culprit. It claimed that WTF released the fake news to "stir up rumors and slander China."

Meanwhile, China confirmed that the miracle "supervirus" does not exist and added that COVID has mutated yet again to become even more contagious with an infectivity rate of "1 to 1,000." He points out that with the new variant, patients can spread the virus merely through coughing three times in a row.

The revelers watch the news in horror and are frozen with shock. R-Chord promptly coughs three times, sending everyone into a panic to put their masks back on.

Within seconds, the once crowded venue room is completely empty. The video then ends with the words "Stay safe & stay healthy" before playing some choice outtakes from the production in Taiwan.