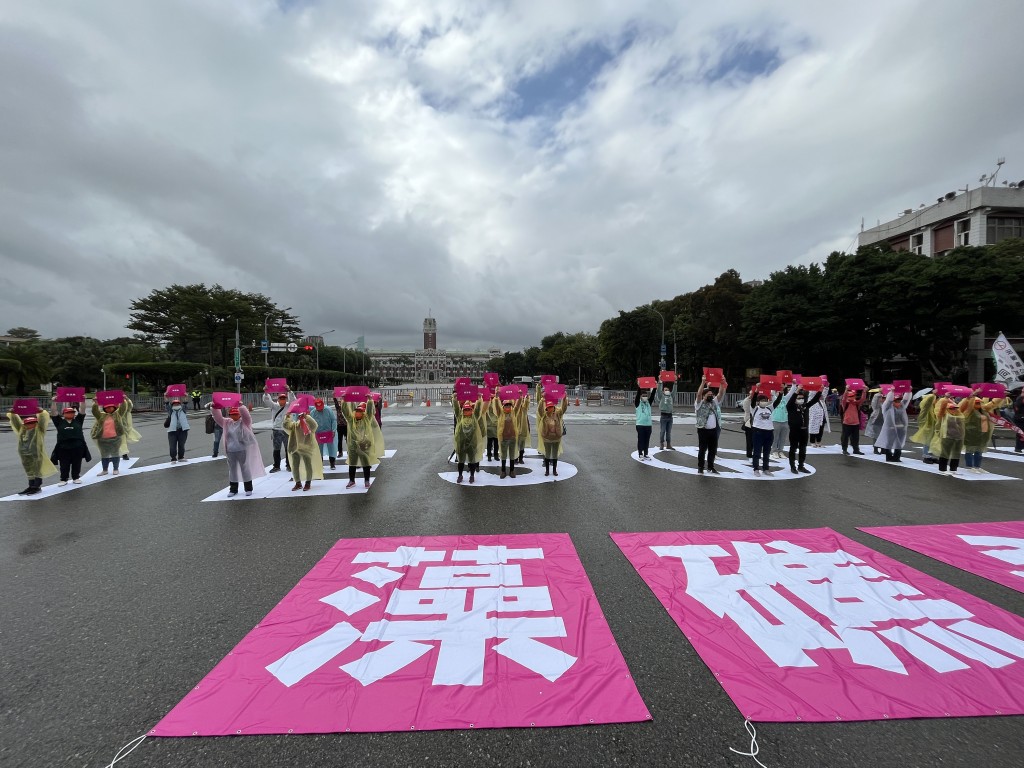 TAOYUAN, Taiwan, Dec 13 (Reuters) - Taiwanese voters will decide this Saturday on a new LNG terminal considered key for the chipmaking powerhouse to secure its energy supply but facing attacks from conservationists - and from an opposition party eager to wrong-foot the government.

The referendum, which seeks to relocate the project away from an ancient algal reef and would likely delay it for years, has a reasonable chance of passing, some polls have shown.

At stake for the government is not just averting future power cuts, like those in May during a drought and heat wave, but an environmental policy that moves away from polluting coal and nuclear power, towards greener and renewable alternatives.

The project would make the Datan Power Plant the island's biggest while advancing the government's goal of boosting LNG to produce half its power by 2025.

It would also help to supply Taiwan's semiconductor plants, thrust into the spotlight by a global chip shortage that has crimped supplies of cars and electronics. They require vast amounts of energy and water.

In 2019, Taiwan Semiconductor Manufacturing Co Ltd's (2330.TW) electricity consumption was about 5% of Taiwan's total, according to a Bernstein report.

Mark Li, a Bernstein semiconductor analyst, said TSMC, the world's largest contract chipmaker and a major Apple Inc (AAPL.O) supplier, has for years worked with the government to ensure that Taiwan's power supply will increase as the company expands.

"They've been talking to the government to make sure there wouldn't be long-term outages that become a real issue for the company," Li said.

When Taiwan faced its worst drought in more than half a century this year, the government prioritised water for households and industry over irrigation, while companies ordered in truckloads of water and set up generators for power cuts.

TSMC, known widely in Taiwan as a "sacred mountain protecting the nation", is wary of being drawn into the island's polarised politics and has stayed out of the referendum debate.

But one chip executive, who spoke on condition of anonymity because he is not authorised to talk to the media, said the industry has long worried about Taiwan's limitations on land, water and electricity.

"But of all those, it's electricity that is the top concern, especially a stable power supply," he said.

The Taiwan Semiconductor Industry Association and TSMC both declined to comment on the referendum.

The referendum petition was initiated by an environmental activist and garnered more than 700,000 signatures on the back of an endorsement from the main opposition party, the Kuomintang.

The party, eyeing local elections next year when it hopes to stage a political comeback, is pushing instead for more nuclear power as the green solution to Taiwan's energy woes, and supports a separate referendum on restarting a mothballed nuclear power plant opposed by the government.

The Kuomintang has framed the four upcoming referendums as a vote of no confidence in the ruling party. read more

President Tsai Ing-wen signalled the vote's importance to her government during a visit last month to the Datan Algal Reef, which stretches along the northwest coastline next to Taoyuan city.

"Taiwan has world-class, high-end manufacturing industries," Tsai told reporters. "For the country's safety and for economic development, we need to provide reliable and stable electricity."

"Taiwan already lags behind other countries in the energy transition," he said.

None of this cuts much ice with activist Pan Chong-cheng, who led the campaign for the vote to move the terminal and protect the more than 7,000-year-old reef.

"This is the world's shared property, this is our next generation's property," said Pan, a retired teacher and the convener of the Rescue Datan's Algal Reefs Alliance.

"With so many people wanting to preserve it, if we can't preserve it then this country would only seem to have economic development and money before its eyes."