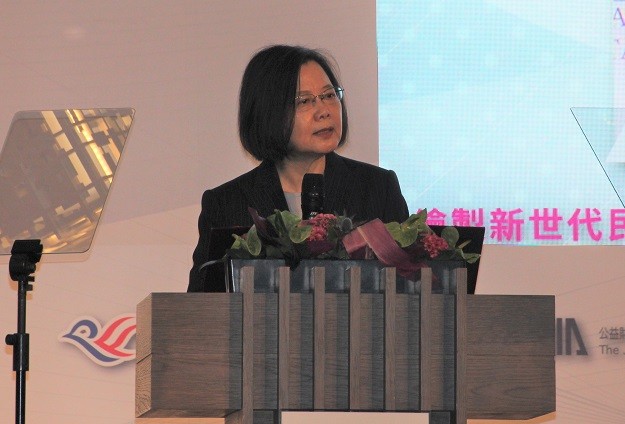 TAIPEI (Taiwan News) — Political leaders, academics, and members of think tanks from the U.S., Japan, and Taiwan came together Tuesday (Dec. 14) to voice concern over the spread of China's authoritarian influence in the Indo-Pacific and swap ideas on how the three countries can shore up regional stability and the rules-based, liberal order.

The 10th annual Taiwan-US-Japan Trilateral Indo-Pacific Security Dialogue, organized by Taiwan's Prospect Foundation, was ushered in by President Tsai Ing-wen (蔡英文). She recalled that at last year's dialogue she described 2020 as one of the most challenging years in the country's history. While some of the same challenges remain, Tsai said this year is marked by "ever greater cooperation between Taiwan and like-minded democracies around the world."

Tsai also mentioned last week's U.S.-hosted Summit for Democracy, at which Digital Minister Audrey Tang (唐鳳) shared Taiwan's successes in handling the pandemic without lockdowns or infringing on privacy. She pointed to the Dec. 3-4 Open Parliament Forum, attended by Taiwan-friendly representatives from the three Baltic countries, as an example of small countries benefiting from working toward a common purpose.

On cooperation with Tokyo and Washington, which she called a priority, Tsai pointed to Taiwan's donations of masks and other personal protective equipment early in the pandemic, noting that in turn Japan and the U.S. this year donated a combined 8.2 million doses during Taiwan's critical vaccine shortage.

"Taiwan is ready and capable to play a critical role" in helping the world with the pandemic, economic recovery, and expansion of supply chains, working hand in hand with the U.S. and Japan, she stated, citing the Taiwan-U.S. Technology Trade and investment Collaboration (TTIC) announced last week as one step in that direction. She went on to thank former Japanese Prime Minister Abe Shinzo for his support for Taiwan's application to join the CPTPP trade group.

Calling the increasingly aggressive posture of authoritarian countries a "wake up call," the president said Taiwan has persevered through existential threats, referring to China, but "will not bend to pressure." Tuesday's forum is an opportunity to strategize on critical issues affecting the future of their nations and the well-being of their citizens, she said.

Abe has said he hopes to visit Taiwan next year to pay his respects to the late President Lee.

Noting this is the 25th anniversary of that pivotal event, Abe said: "Rise up, Taiwan. He urged the country to restore faith in democracy in the world, especially in light of China's suppression of Hong Kong. 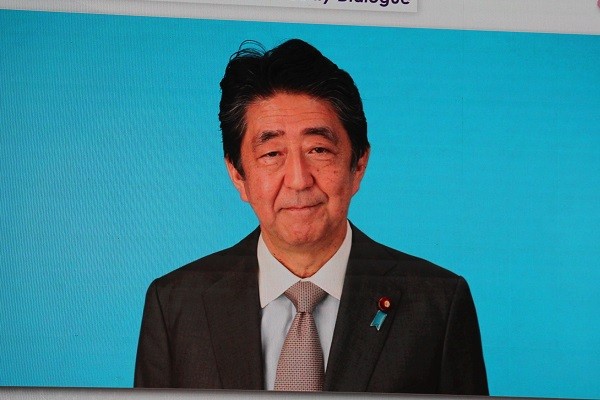