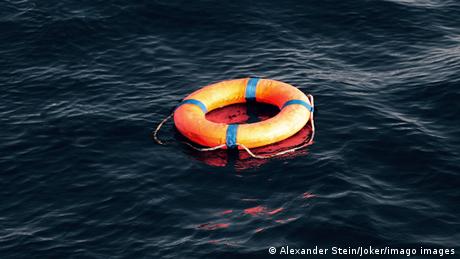 Two cargo ships collided in the Baltic Sea Monday off the coast of the southern Swedish city of Ystad and the Danish island of Bornholm, Swedish Maritime Administration authorities said.

Jonas Franzen, the head of communications at the Swedish Maritime Administration, told DW that his agency suspects that two cargo ships, one Danish flagged and the other British, collided. The incident occurred in Swedish territorial waters.

The Danish ship capsized and was carrying no cargo at the time.

The British ship is "not in distress" and "is helping in the search right now," Franzen said.

It is unclear how many were on board the two ships at the time of the collision, but Franzen said they believed a crew of at least two would have been aboard the capsized vessel. The Swedish coast guard is on the scene.

The Danes dispatched a rescue boat from Bornholm island as well as a rescue chopper.

One of the ships was 90 meters long and the other 55 meters long (295 and 180 feet respectively), Swedish agency TT reported, citing the Swedish coast guard spokesman.

Collisions such as the one Monday in the Baltic Sea are rare.