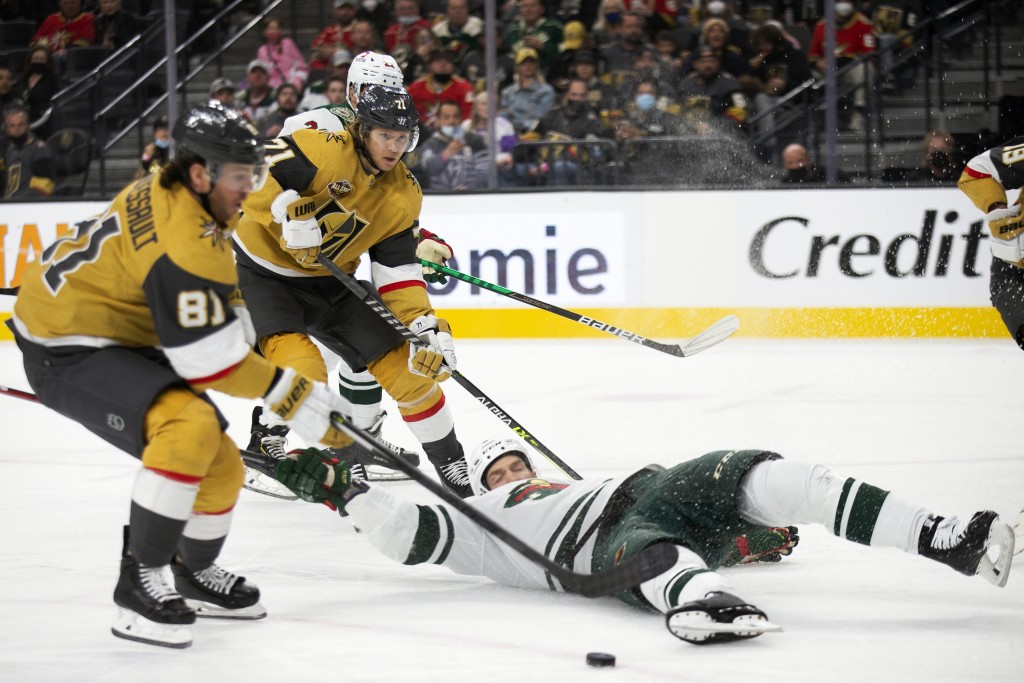 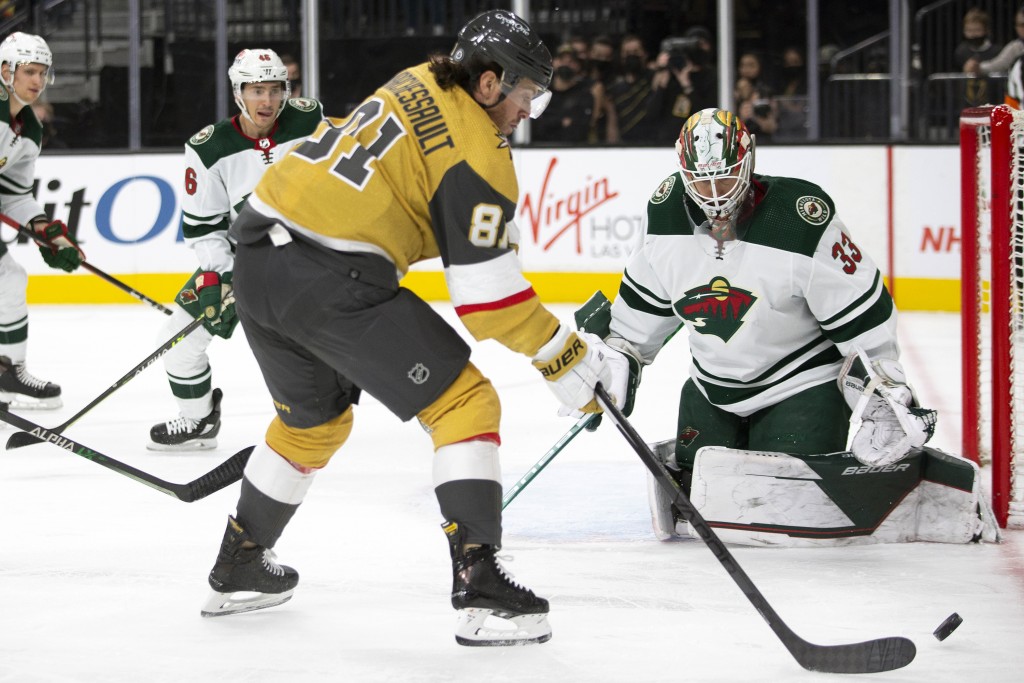 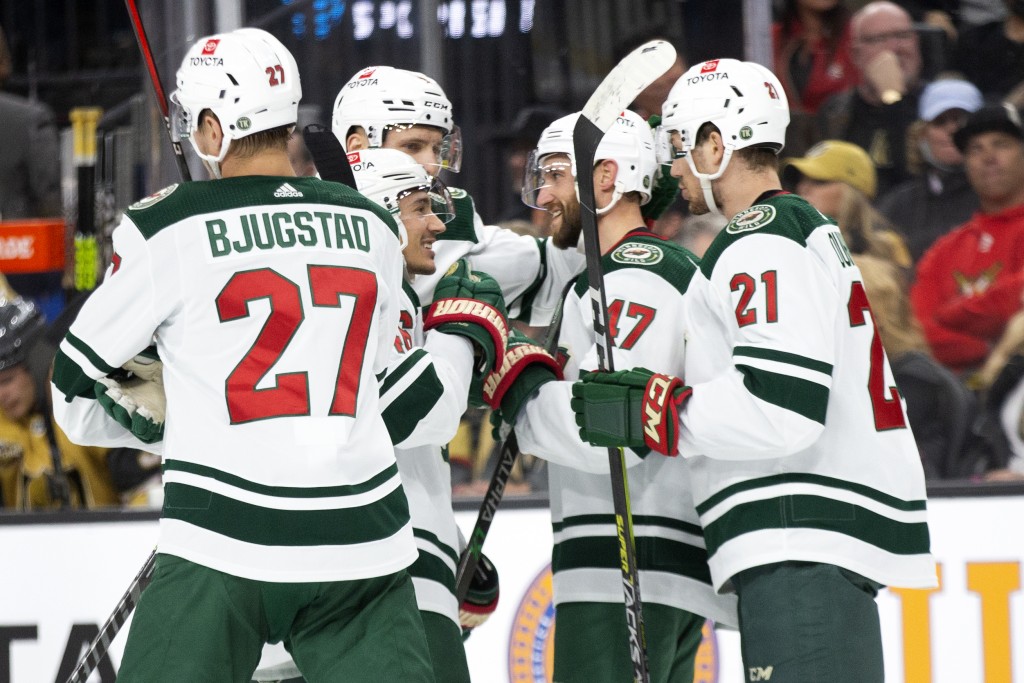 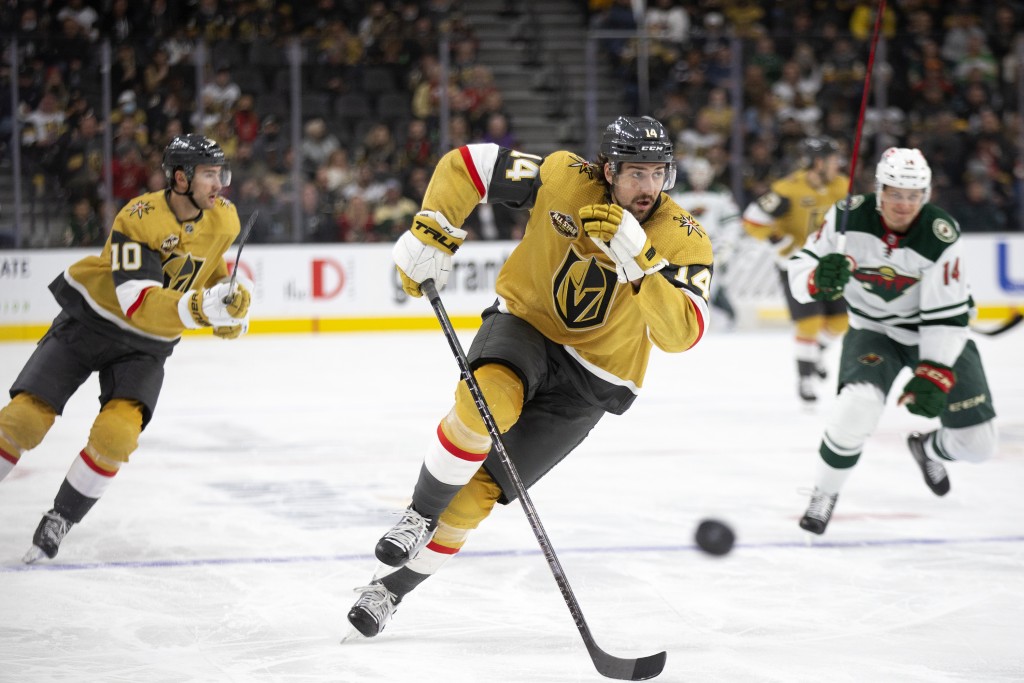 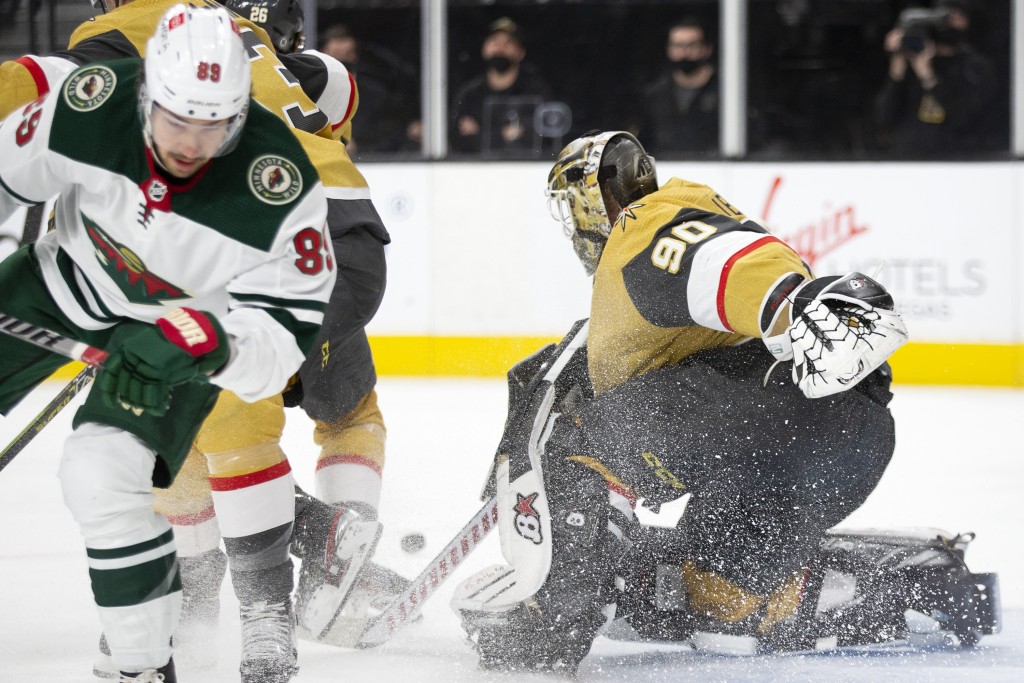 LAS VEGAS (AP) — Mark Stone scored the tiebreaking goal on a power play in the third period and the Vegas Golden Knights beat the Minnesota Wild 6-4 on Sunday night.

After struggling through a 4-for-31 (12.9%) stretch on power-play opportunities over their previous 11 games, the Golden Knights were 2 for 4 against Minnesota, which went into the game ranked fifth with its penalty kill on the road. Vegas was 5 for 6 on its penalty kill.

Vegas, which has struggled on special teams lately, killed off three successive penalties in the second period, including a 5 on 3, and carried a one-goal lead into the break.

“Both special teams were great tonight,” Vegas coach Peter DeBoer said. “I think we talked about trying to get our swagger back on the penalty kill. It seems like every bounce was going against us for a while and I thought we dug in. In that second period, that’s the game. We got some big efforts, big blocks and key saves from all our people.”

“We talked at the end of the second that we were in the position to win a huge game against a real good team,” DeBoer added. “We couldn’t let any of the calls or the penalties become a distraction. We had to make sure we took care of our business, and I thought we did in the third.”

Minnesota, which was on an 8-0-0 run since Nov. 24, lost consecutive games after falling 2-1 in Los Angeles on Saturday.

“I think today wasn’t our best,” Zuccarello said. “We know this team is a fast team, we gave them too many odd-man rushes, losing pucks in bad areas, giving them those chances. We battle hard as a team, everyone out there gives everything. As long as we have that, we’re in a good spot.”

On Vegas’ first goal, Stone got the transition started when he forced a turnover and his linemates went to work. Stephenson skated in and fed Pacioretty, who passed to Whitecloud, who scored his fourth goal of the season.

The Wild tied the game on a delayed penalty when Brandon Duhaime fed Goligoski, who beat Lehner from the high slot.

Vegas got its first power-play goal when Dadonov smacked home a touch pass from Stone. Zuccarello answered when he took a rebound to the right of Lehner and tapped it home as time expired in the opening period.

The Wild started quickly in the second period as Bjugstad skated into the zone alone and beat Lehner high to the far side nine seconds in, giving Minnesota a 3-2 lead.

Whitecloud and Pacioretty scored back-to-back goals for Vegas, which took a 4-3 lead. Pacioretty's goal was immediately followed by a couple of fights, several penalties, and the eventual 5-on-3 power play for Minnesota.

“Anytime ... you don’t get much going on a 5-on-3 it usually goes in favor of whoever is short-handed,” Foligno said. “We had some chances on the 5-on-3, it’s not like we didn’t set up and didn’t have a good power play there, but those are always tough and you just hope you can capitalize on those.”

Minnesota struck first in the third and tied the game when Foligno stuffed home a loose rebound in the crease.

Stone scored the winner shortly thereafter, and Pietrangelo sent a 200 foot shot into an empty next late to provide the final margin.

Chandler Stephenson became emotional after the game, revealing he recently lost his grandmother, which is why he missed Friday’s game.

“Just a special night; I lost my grandma. I think she was helping me tonight with that one, so there’s something to be said about that,” he said.

NOTES: Foligno’s goal was the 99th of his career. ... The Golden Knights have now won 13 of their last 15 after taking one day off. ... The Wild dropped to 11-4-3 all-time vs. Vegas. The 11 wins are tied for most against the Golden Knights since they entered the league in 2017. ... Minnesota has scored a power-play goal in five straight games, and has scored on six of its last 17 attempts. ... Vegas is on a 7-1 run against Central Division teams.

Vegas: Opens a four-game trip in Boston on Tuesday.