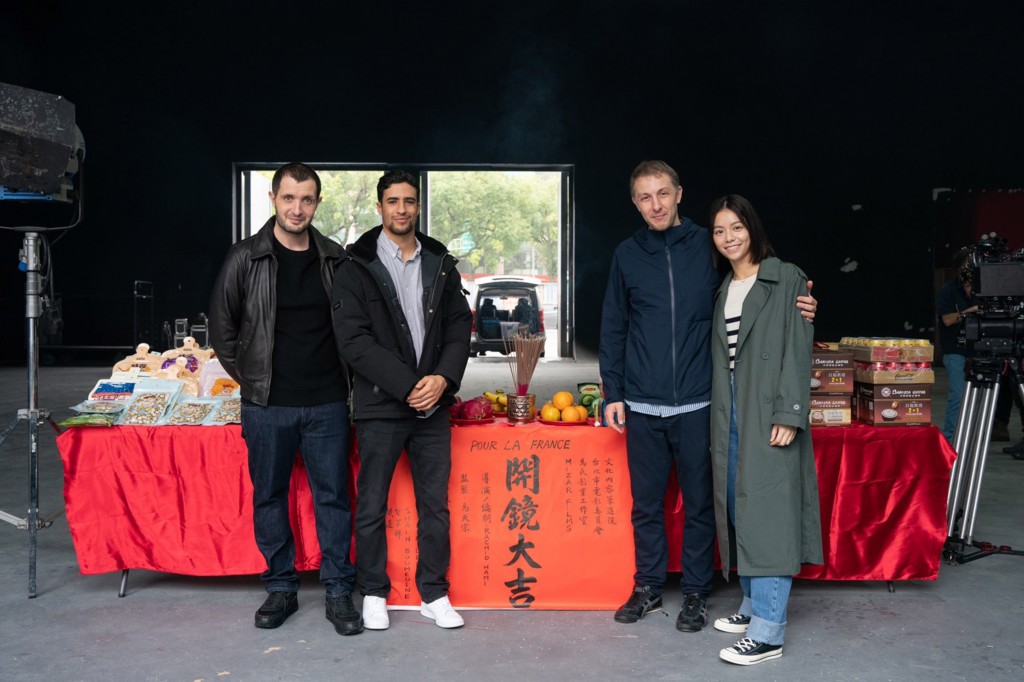 The autobiographical film follows a man whose younger brother dies due to bullying at a military school, and he finds himself arranging his brother’s funeral, according to UniFrance. Hami was cited by an earlier report as saying his younger brother attended National Taiwan University over a decade ago, thus Taipei is the only city allowing him to complete the film and pay respects to the memory of his brother.

The film stars Karim Leklou as Ismael Saidi and Shain Boumedine as the younger brother, Aissa Saidi. Both actors arrived in Taiwan prior to production to experience the culture.

Leklou was quoted as saying he found the combination of modern and traditional elements on Taipei’s streets “cinematic” and has yet to try Taiwan’s many delicacies, as he needs to remain thin for the role. Boumedine, on the other hand, said he was amazed by Taiwan’s foods and impressed with the kindness and hospitality of Taiwanese.

The film marks the first all-English performance by Sung, who had flown to France to shoot other parts of the film. She was quoted as saying she was “deeply moved” by the brotherly love in the story, while Hami praised her performance and intelligence.

“Pour la France” is funded by the Taiwan Creative Content Agency (TAICCA) under “Taiwan’s International Co-funding Program,” which invests in international co-productions that feature Taiwanese elements, Taiwanese actors in prominent roles, and are shot in Taiwan. Hami thanked the Ministry of Culture, TAICCA, and the Taipei Film Commission for their assistance in the production.

The film is estimated to wrap production in early 2022 and make its debut later next year.