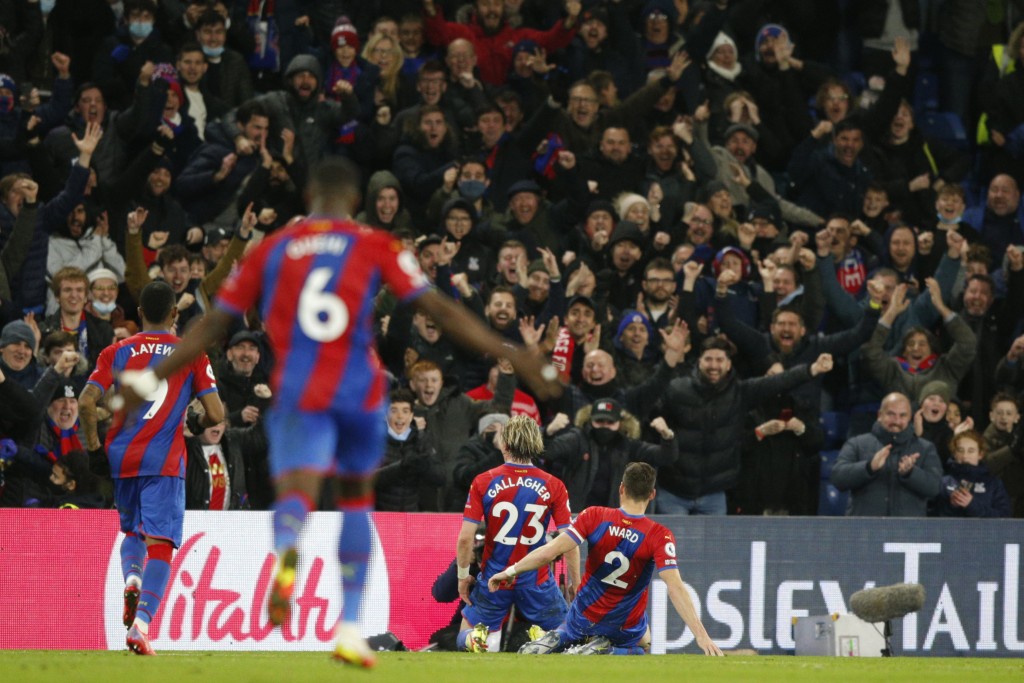 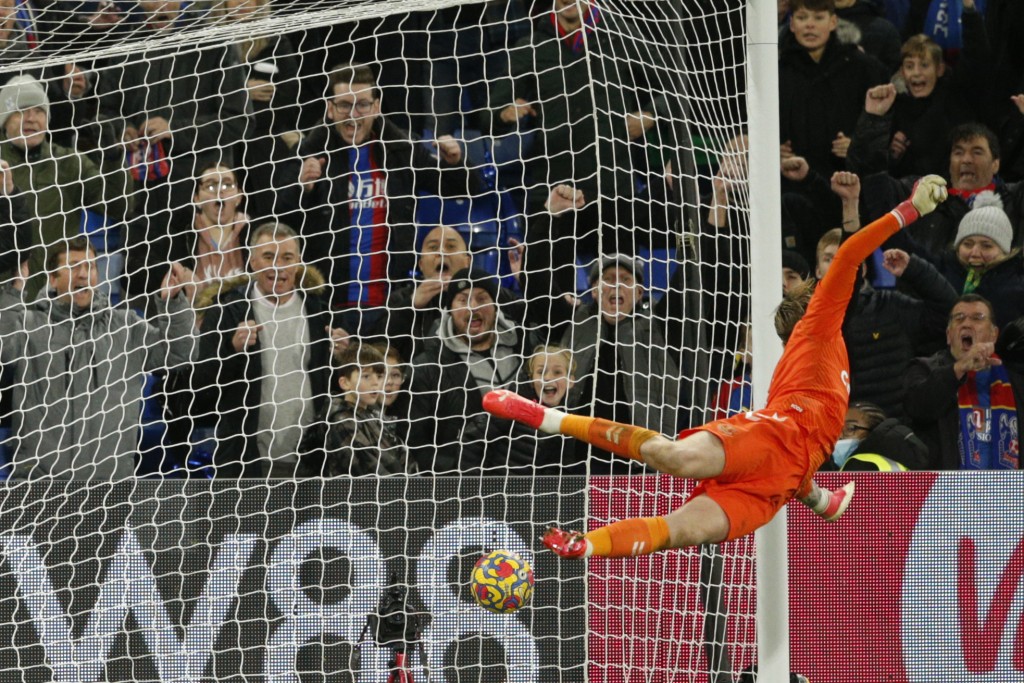 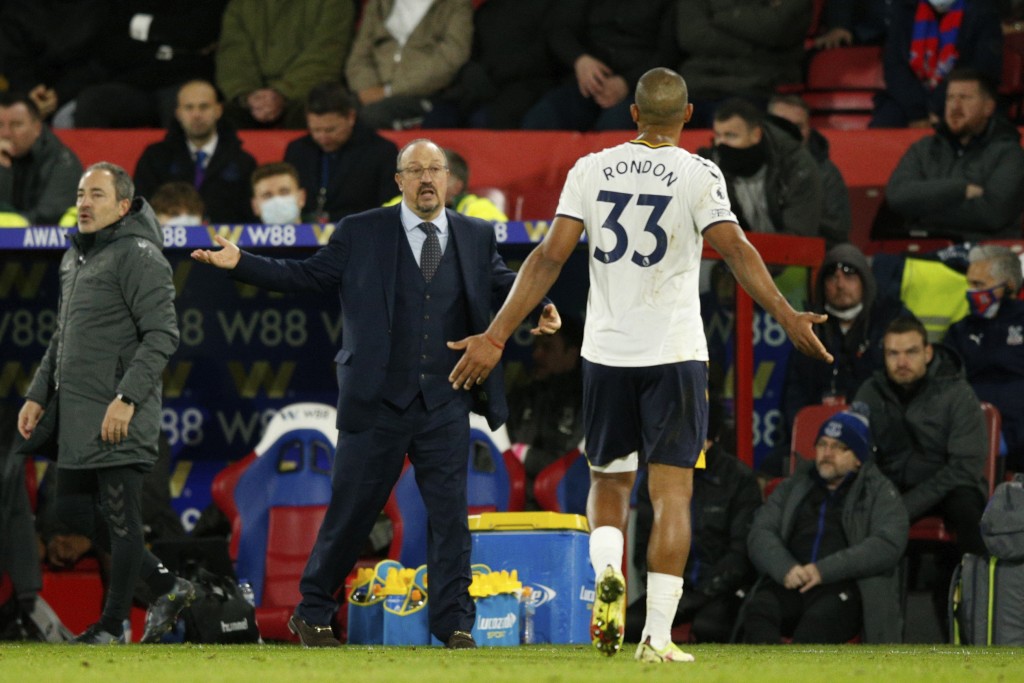 LONDON (AP) — A double from Conor Gallagher helped Crystal Palace return to winning ways with a 3-1 victory at home to Everton in the Premier League on Sunday.

Palace had lost its previous three matches — all by one-goal margins — but this first win since the beginning of November was much deserved, with James Tomkins also on target for the hosts.

Salomon Rondon pulled one back for Everton in the 70th minute but Rafael Benitez’s team was poor once again and slumped to its seventh loss in its last nine games, a 2-1 win over Arsenal on Monday proving a false dawn.

Demarai Gray scored the stoppage-time winner against Arsenal but it was his mistake which helped Palace open the scoring in the 41st minute.

After seemingly surviving an attack, Gray inexplicably under-hit his pass back to Michael Keane inside the area. Jordan Ayew was first to the loose ball and squared for Gallagher to fire home from 12 yards (meters).

It was just reward for the hosts and they almost doubled their tally four minutes after the restart.

Wilfried Zaha caused more problems down the Toffees’ right-hand side and picked out Gallagher with a cross, but the goalscorer saw his deft header go wide.

Odsonne Edouard and Gallagher had further efforts before Benitez turned to his bench, but his decision to withdraw Richarlison after 57 minutes raised eyebrows.

The Brazil international was far from impressed and neither were the traveling supporters, who booed the substitution before they started to chant for the Everton No. 7.

It went from bad to worse for Benitez five minutes later when Palace increased its lead.

Hughes was able to grab an assist on his first start for Palace when his corner went through to Tomkins at the back post and the defender controlled before toe-poking past Pickford from close range.

Rondon gave Everton a lifeline when he slid in from close range to get off the mark after Abdoulaye Doucoure’s shot had been deflected into his path.

It lifted the away side and Joel Ward almost gifted an equalizer with a slack pass of his own but Andros Townsend was denied a goal against his old club by Jeffrey Schlupp's block.

Gallagher had the final say. The Chelsea loanee won back possession and curled into the top corner from outside the area in stoppage time for his sixth goal of the season.

Palace climbed to 12th, above Everton, which is back in London on Thursday to face Benitez’s old team, Chelsea.