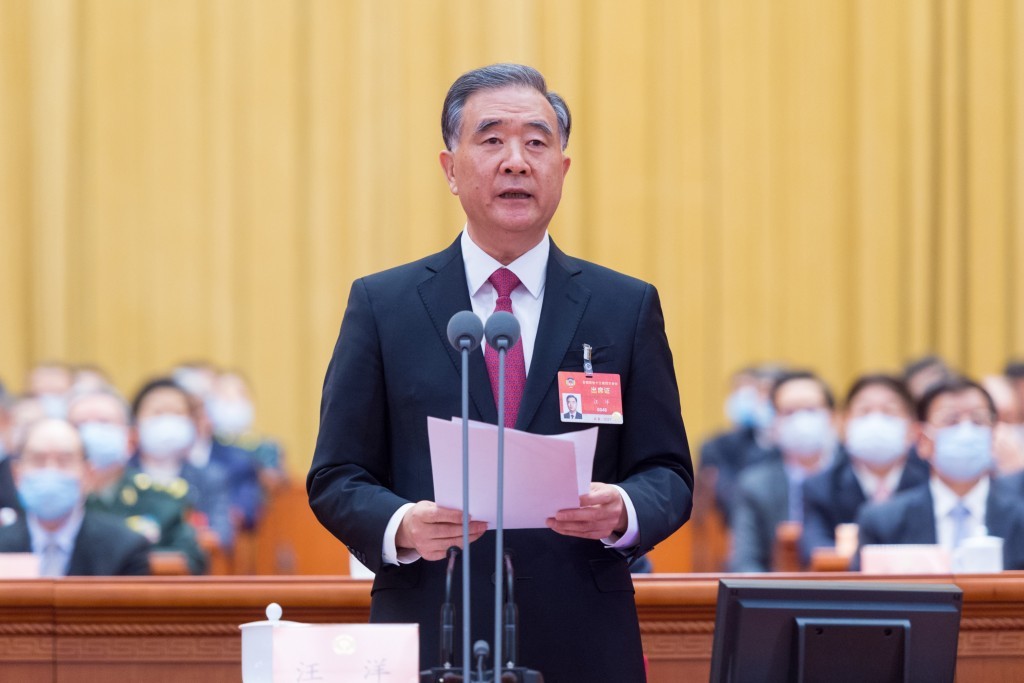 TAIPEI (Taiwan News) — Taiwan’s Mainland Affairs Council (MAC) on Saturday (Dec. 11) criticized China for denying the reality of the situation in the Taiwan Strait and called it out for its coercive policies to promote its unified front campaign.

The condemnation follows comments made by Wang Yang (汪洋), chairman of the National Committee of the Chinese People's Political Consultative Conference, during the 13th Straits Forum on the same day. He said China is determined to contain Taiwan independence forces and clamp down on interference from “external forces," the Liberty Times reported.

Yang claimed that China "has confidence in the realization of the complete reunification of the motherland," adding that the peaceful settlement of the Taiwan issue is a “scientific conception” of one country, two systems. Taiwan is owned by all Chinese people, who all support reunification and eagerly await the day it finally happens, the committee chairman said.

Wang said the Taiwanese people must "stand firmly on the right side of history” by adhering to the “one China" principle and the so-called 1992 consensus. He accused “Taiwanese authorities” of wanting only to disrupt cross-strait relations and endanger Taiwan Strait peace, per the Liberty Times.

Playing with fire will get oneself burned, and they will have to reap the consequences, Wang said.

The MAC stated that China has repeatedly misjudged the ever-changing situation of the strait. It stressed that Beijing has used political coercion to threaten peace in the strait and endanger democracy and freedom.

The Chinese Communist Party’s (CCP) “erroneous and rigid Taiwan strategy has caused it to fall into a vicious circle of contradictions,” the MAC said. Taiwan and the international community have called on China to control itself and take precautions to avoid escalating cross-strait tensions, the Liberty Times cited the MAC as saying.

The MAC also said the CCP’s recent actions towards Taiwan have caused opposition from both the ruling and opposition parties, which further confirms that the Straits Forum is indeed a platform to promote unification. The MAC stated it supports “healthy and orderly cross-strait interactions” that comply with laws and regulations, adding it hopes China will set up communication channels to avoid any misunderstandings.