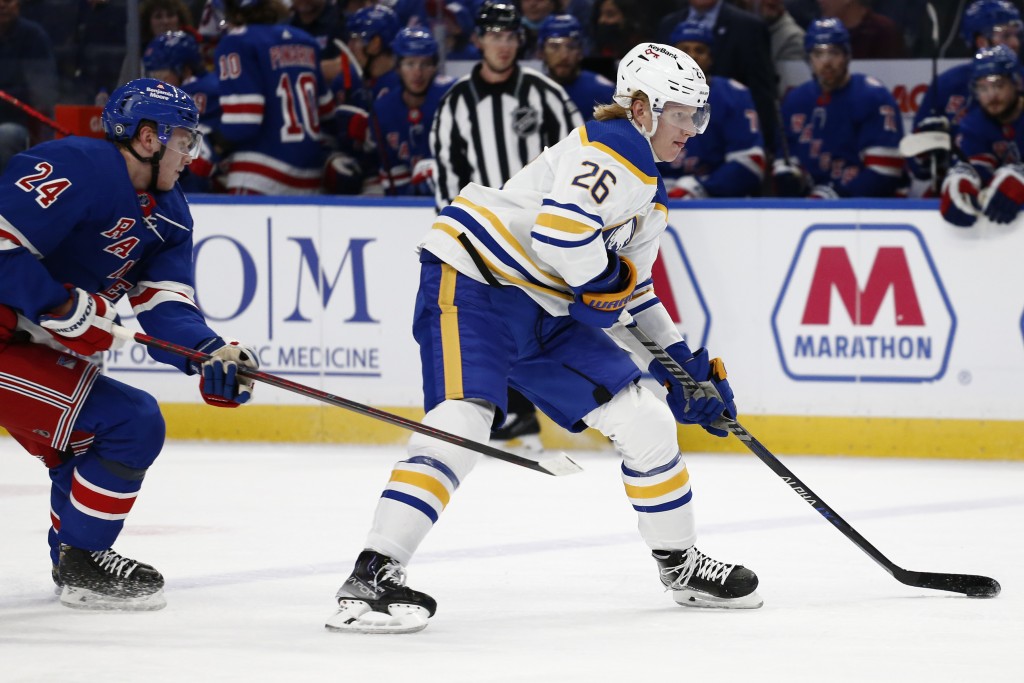 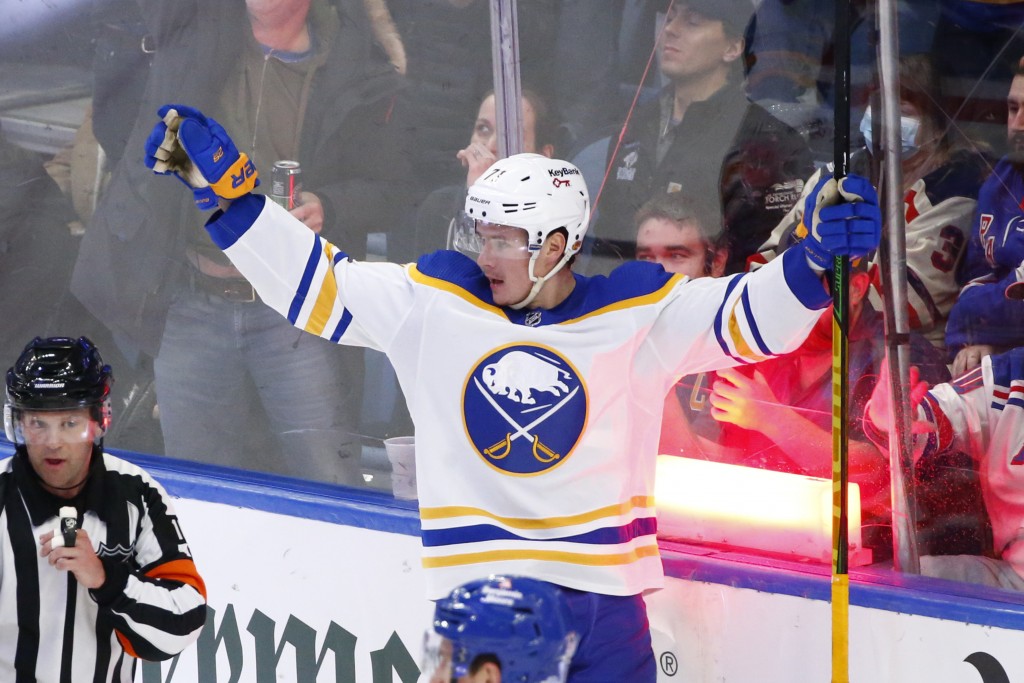 BUFFALO, N.Y. (AP) — The NHL announced it made the wrong call in disallowing what would have been the Buffalo Sabres’ tying goal in the final minute of a 2-1 loss to the New York Rangers.

In a statement released by the league on Saturday, senior executive VP Colin Campbell said Victor Olofsson’s goal scored with 57 seconds remaining Friday night should have stood because video replays could not “definitively determine” whether the Sabres were offside entering the zone.

Sabres coach Don Granato shrugged off the NHL’s admission when speaking prior to Saturday night’s game against the Washington Capitals.

“No real reaction,” Granato said. “It’s hard for me to comment on it. You guys asked me about it after the game, and I’m going to tell you my approach to it is, you can’t play the ‘poor me’ card. You just can’t.”

The goal was disallowed after a replay showed Buffalo defenseman Rasmus Dahlin crossed the Rangers blue line before the puck entered the zone. What review officials failed to take into account was whether Olofsson touched the puck before Dahlin tagged up by getting his skate on the blue line.

Because replays were inconclusive, Campbell said officials should have followed league policy in staying with the original call of a goal being scored.

Without disputing the ruling following the game, Granato said he asked officials if they could further review whether Dahlin had tagged up. He was informed the NHL had made its decision.

“I can’t have emotion in it. I can’t think about it,” Granato said. “There’s certain things that are out of your control and you just play. You just trust that the league knows what they’re doing and you move on.”