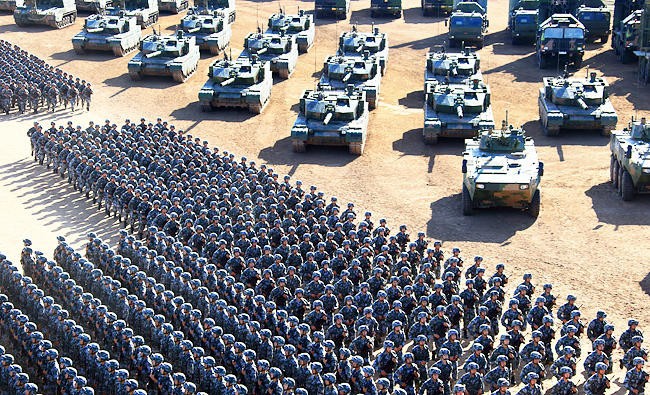 TAIPEI (Taiwan News) — China's state-run media on Thursday (Dec. 9) warned that Chinese forces would attack U.S. troops if they attempted to come to Taiwan's aid when the "reunification force" invades.

On Tuesday (Dec. 7), U.S. National Security Advisor Jake Sullivan said that his country would "take every action" to ensure that a scenario in which Russia and China simultaneously invade Ukraine and Taiwan, respectively, "never happens." In an editorial posted on Thursday, China's state-owned Global Times attempted to cast doubt about America's willingness to defend Taiwan in the event of an invasion by People's Liberation Army (PLA) forces.

The publication claimed that Sullivan's "boast" is not credible because the U.S. "simply cannot build a deterrent to prevent" China from "carrying out reunification by force." It said the U.S. does not have the "true will to defend Taiwan at all costs."

The editorial pointed out that the U.S. is mainly supporting the buildup of Taiwan's self-defense capabilities through the sale of weapons. However, it argued that these weapons "are generally destined to be destroyed by the People's Liberation Army" as soon as the "reunification force" makes its move.

The author then warned, "It is credible that the PLA will heavily attack US troops who come to Taiwan's rescue." Believing that China is achieving a military advantage in the region, the article said PLA capabilities are "increasingly overwhelming the deterrence that U.S. troops may have."

It predicted that Sullivan would later downplay his statements because the U.S. "cannot afford" to make such commitments official and that the country is "far away from 'defending Taiwan'" in the event of a war.

The government tabloid called on the U.S. to convince Taiwanese officials to relinquish their ambitions of "Taiwan independence" and "force them" to embrace the so-called 1992 consensus. It claimed that to "avoid a showdown" in the Taiwan Strait, Democratic Progressive Party (DPP) officials must "retreat in big steps" and that the U.S. should guide it back onto the "right track when it gets lost."

In an interview with Skype News on Sunday (Dec. 5), Minister of Foreign Affairs Joseph Wu (吳釗燮) pointed out that authoritarianism is often associated with expansionism and when such regimes face problems domestically, they seek external conflicts and crises to divert domestic attention. The foreign minister explained that China's claims and behavior are "almost the same" as that of the Axis powers in the 1930s.

Wu said that China is "exercising its expansionism by using force," and he warned that it is "something that we need to watch out (for) very carefully." He asserted that such irredentism started WW II and stressed that "we don't hope that it will cause the third (world) war."

Wu reiterated that Taiwan is "not a part of the PRC, and this is the historical fact." He emphasized that the current status quo of the Taiwan Strait "serves the best interest of all parties concerned."