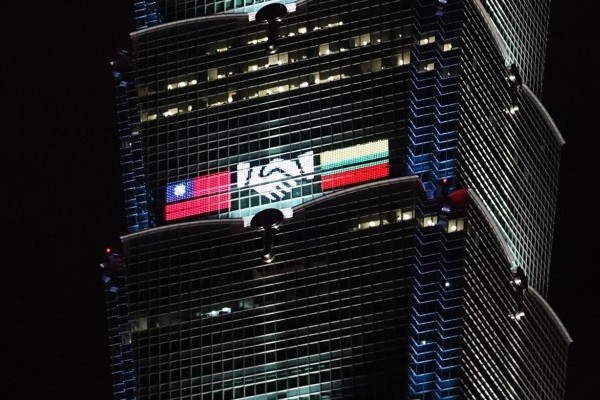 FRANKFURT/VILNIUS, Dec 9 (Reuters) - China has told multinationals to sever ties with Lithuania or face being shut out of the Chinese market, a senior government official and an industry body told Reuters, dragging companies into a dispute between the Baltic state and Beijing.

China downgraded its diplomatic ties with Lithuania last month, after the opening of a representative office by Taiwan in Vilnius. Lithuania's ruling coalition had agreed in November last year to support what it described as "those fighting for freedom" in Taiwan, putting its relations with China at risk.

China views self-ruled and democratically governed Taiwan as its territory and has stepped up pressure on countries to downgrade or sever their relations with the island.

"It has created the false impression of Taiwan being separate from China, gravely harmed China's sovereignty and territorial integrity, and started an egregious precedent among the international community," he said.

Taiwan has other offices in Europe and the United States but they use the name of the city Taipei, avoiding reference to the island itself.

Lithuania's direct trade with China is modest, but its export-based economy is home to hundreds of companies that make products such as furniture, lasers, food and clothing for multinationals that sell to China.

"They (China) have been sending messages to multinationals that if they use parts and supplies from Lithuania, they will no longer be allowed to sell to the Chinese market or get supplies there," Mantas Adomenas, Lithuania's vice-minister for foreign affairs, told Reuters.

"We have seen some companies cancel contracts with Lithuanian suppliers."

He did not name any companies or suppliers affected.

The Lithuanian Confederation of Industrialists, which represents thousands of Lithuanian companies, confirmed that some multinational companies that buy goods from Lithuania suppliers were being targeted by China.

"This week was the first time we saw direct Chinese pressure on a supplier to drop Lithuanian-made goods," Vidmantas Janulevicius, the Confederation president, told Reuters. "Previously, we only had threats it could happen, now they became reality."

"For us, the most painful part is that it's a European company," said Janulevicius, referring to the multinational. "Many Lithuanian businesses are suppliers for such companies."

He did not name any companies.

Lithuania is looking at setting up a fund to shield local companies from Chinese retaliation, a senior government official told Reuters.

The Lithuanian government is in talks with the companies at risk of fallout from the China dispute about offering possible financial support, such as loans, the government official said.

Lithuania has also appealed to the European Commission for support.

In a letter sent earlier this week to top officials at the Commission and seen by Reuters, Lithuanian foreign minister Gabrielius Landsbergis asked for support in rebuffing China.

"A strong reaction is necessary at the EU level in order to send a signal to China that politically motivated economic pressure is unacceptable and will not be tolerated," the letter said.

The European Commission responded in a statement that the EU was ready to stand up against all types of political pressure and coercive measures applied against any member state.

"The development of China’s bilateral relations with individual EU Member States has an impact on overall EU-China relations."

When asked about China's actions, George Magnus of Oxford University's China Centre said that while there was a "constant drumbeat of toys being thrown out of the pram" by China, targeting third-party companies was unusual and had not been seen previously.

Adomenas said that Chinese authorities were also curtailing exports to Lithuania, including by stopping export credit guarantees for Lithuanian imports from China.

"We will not bend to this pressure," he said. "What we decide to do, by calling Taiwan Taiwan, is up to Lithuania, not Beijing."