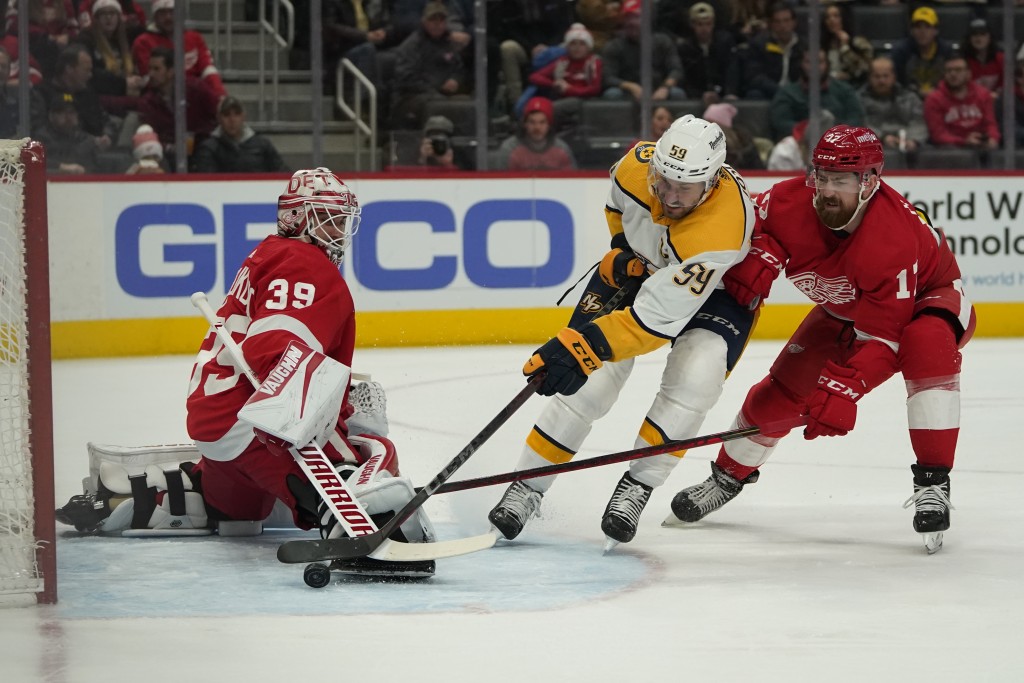 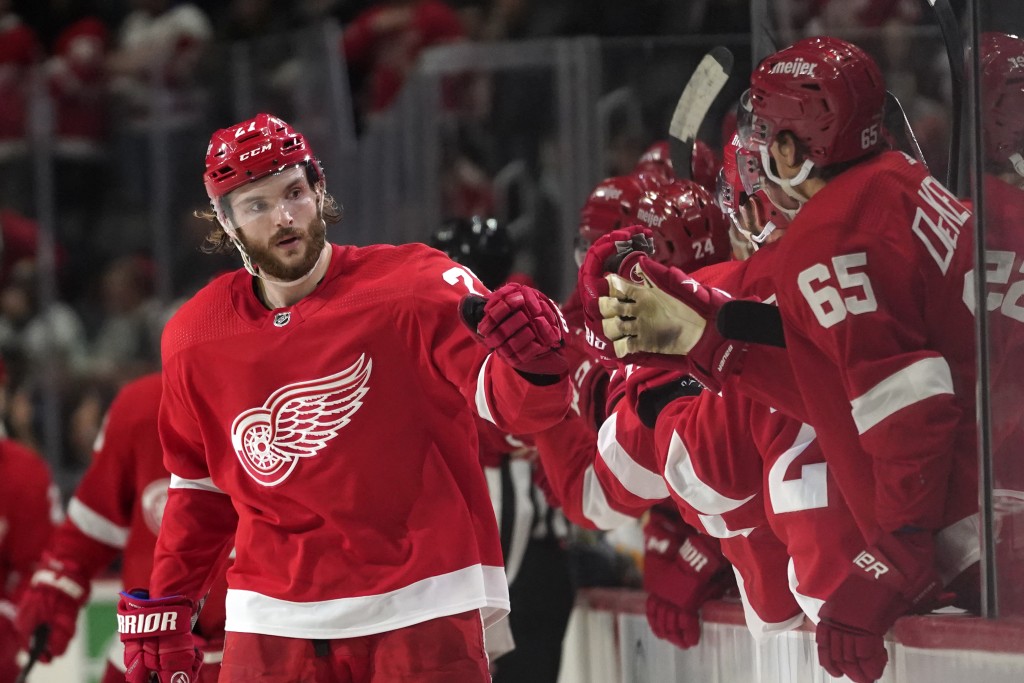 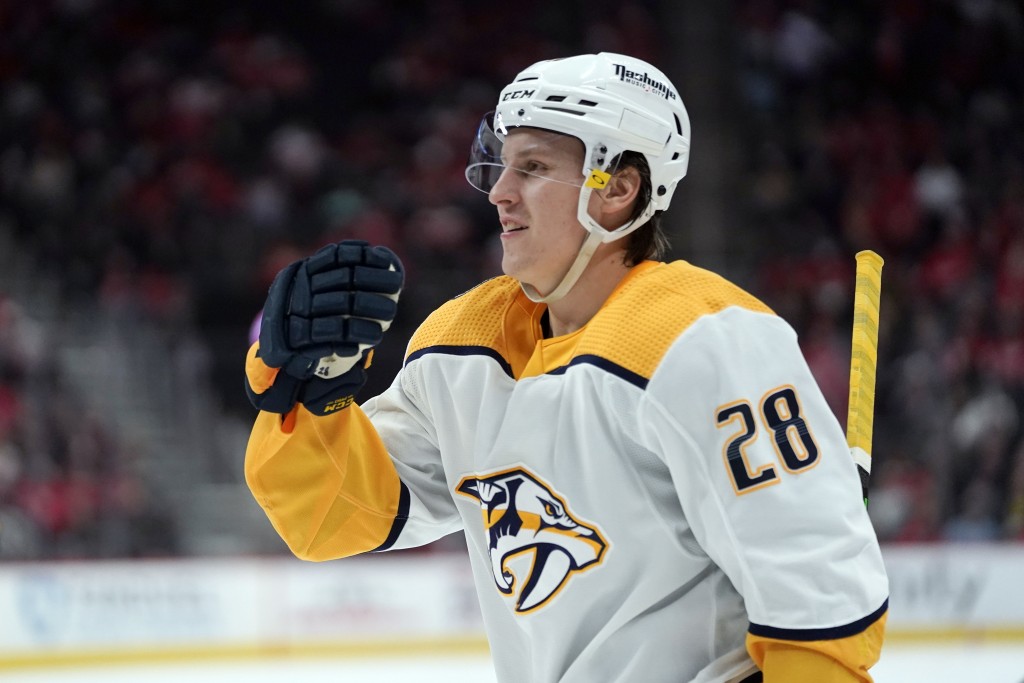 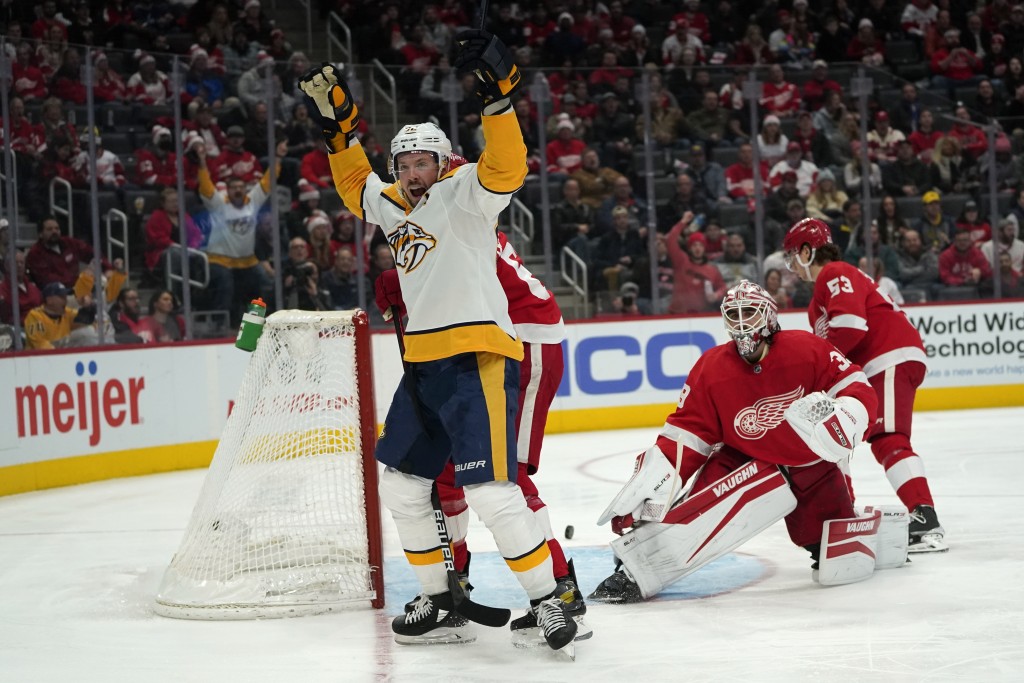 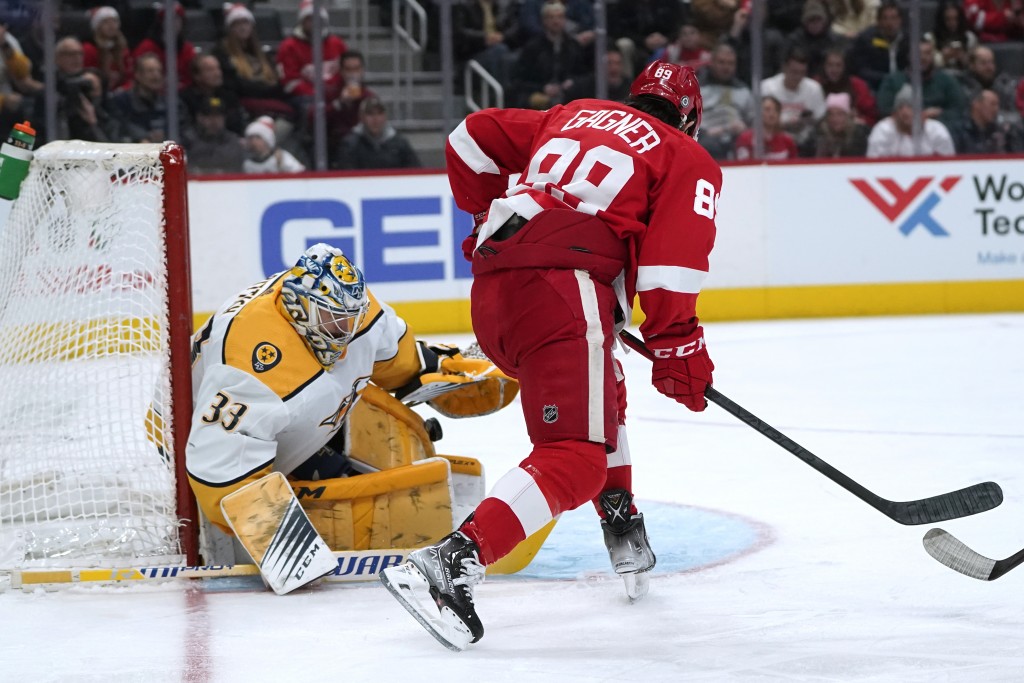 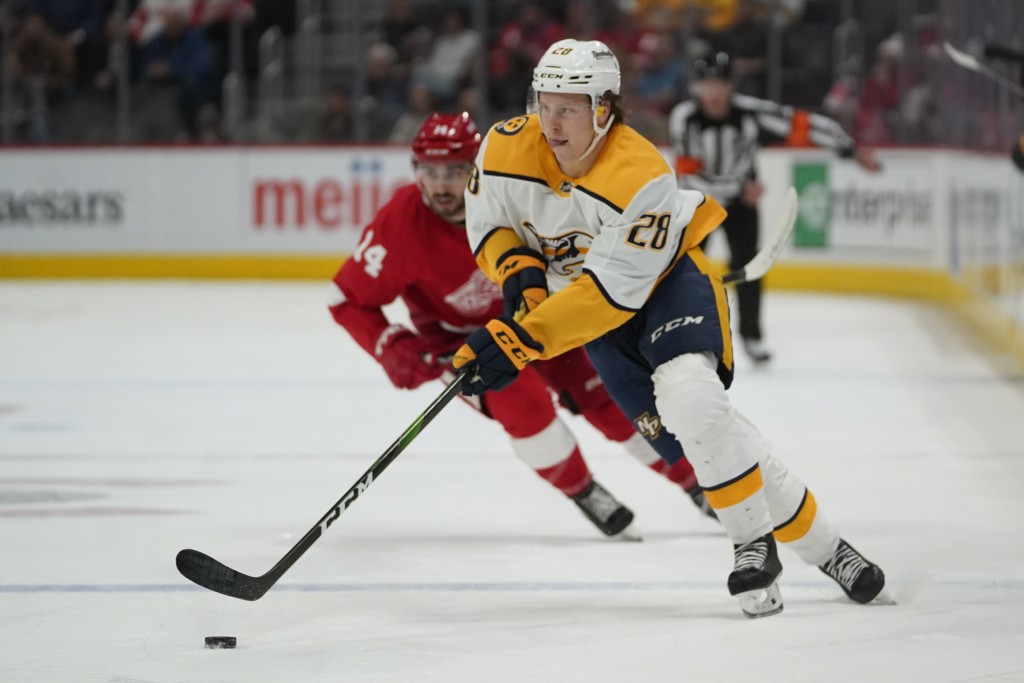 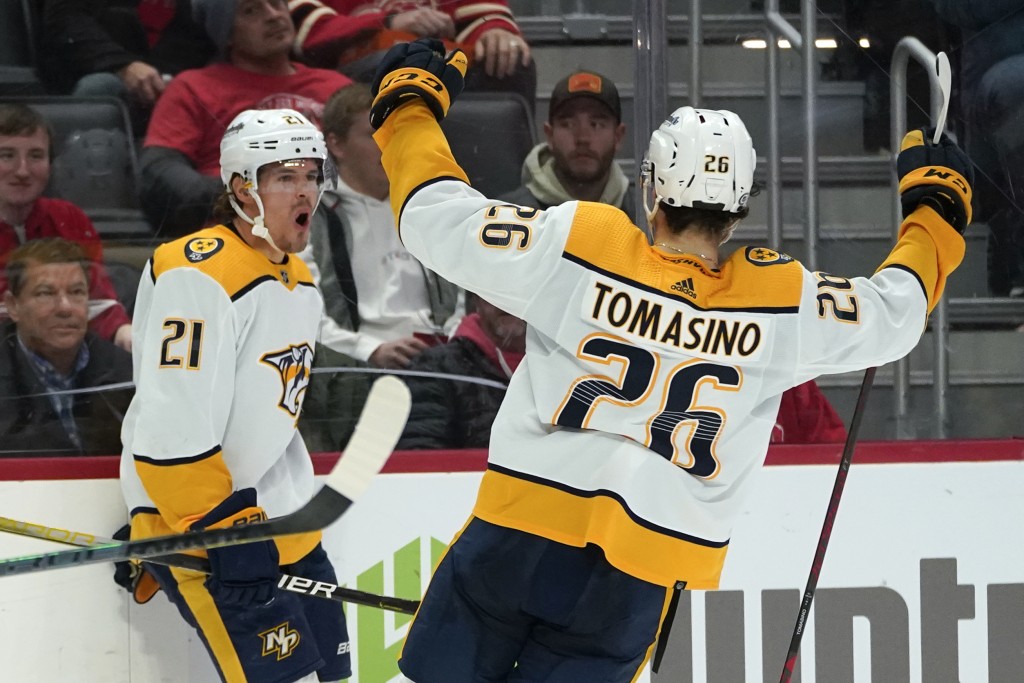 “This next 20-game segment is where we’ve talked about really solidifying our identity as a team, and this is a good way to get that started,” Predators coach John Hynes said.

“They’re a big, strong team, hard on the forecheck,” Red Wings coach Jeff Blashill said. “But I thought in the first was as poor a job as we’ve done in terms of competing and being ready to play."

Josi took a feed from Dante Fabbro in the first as he sped into the Red Wings’ zone and skated 1-on-4 through the defense before beating Alex Nedeljkovic on the forehand.

“I think the D-man, he didn’t really have a great gap, he was kind of backed up," Josi said. “I just tried to get by him. I got a little lucky, I think it hit my shin pad or something and once I got it back on my stick, I knew I kind of had a step on the D-man.”

“I think every time we got in their zone, we were getting mauled,” Red Wings captain Dylan Larkin said. “They beat the crap out of us down low, their D, and made it hard to get to the net and get shots and get in the slot.”

The score could have been a lot more lopsided for the Predators, but Nedeljkovic stopped Filip Forsberg and Philip Tomasino on breakaways in the second period. Nedeljkovic finished with 28 saves.

Detroit got its first goal on the power play in the second period on Robby Fabbri’s rebound at the net. Pius Suter and Moritz Seider assisted. Seider leads the Red Wings with 15 assists.

“It’s a good team over there, they’ve been playing really well this year and we knew it was gonna be a hard game, but I just thought overall, over the 60 minutes, I think we controlled the game for most of it,” Josi said.

After facing each other eight times last season in the modified Central Division, the Red Wings and Predators meet only twice this season.

Predators: G Juuse Saros and D Mattias Ekholm missed Tuesday’s game due to non-COVID illness and are listed as day-to-day. D Matt Benning was also out and is day-to-day with an upper-body injury. The Predators recalled G Connor Ingram from Milwaukee to back up Rittich. ... Nashville D Ben Harpur returned to the team after a six-game conditioning stint with the AHL’s Milwaukee Admirals.

Red Wings: D Danny DeKeyser returned to the lineup after missing four games due to COVID-19 protocol and one game as a healthy scratch. ... Seider left the game in the third period after being hit by Nashville forward Tanner Jeannot. Blashill did not have an update on Seider after the game.