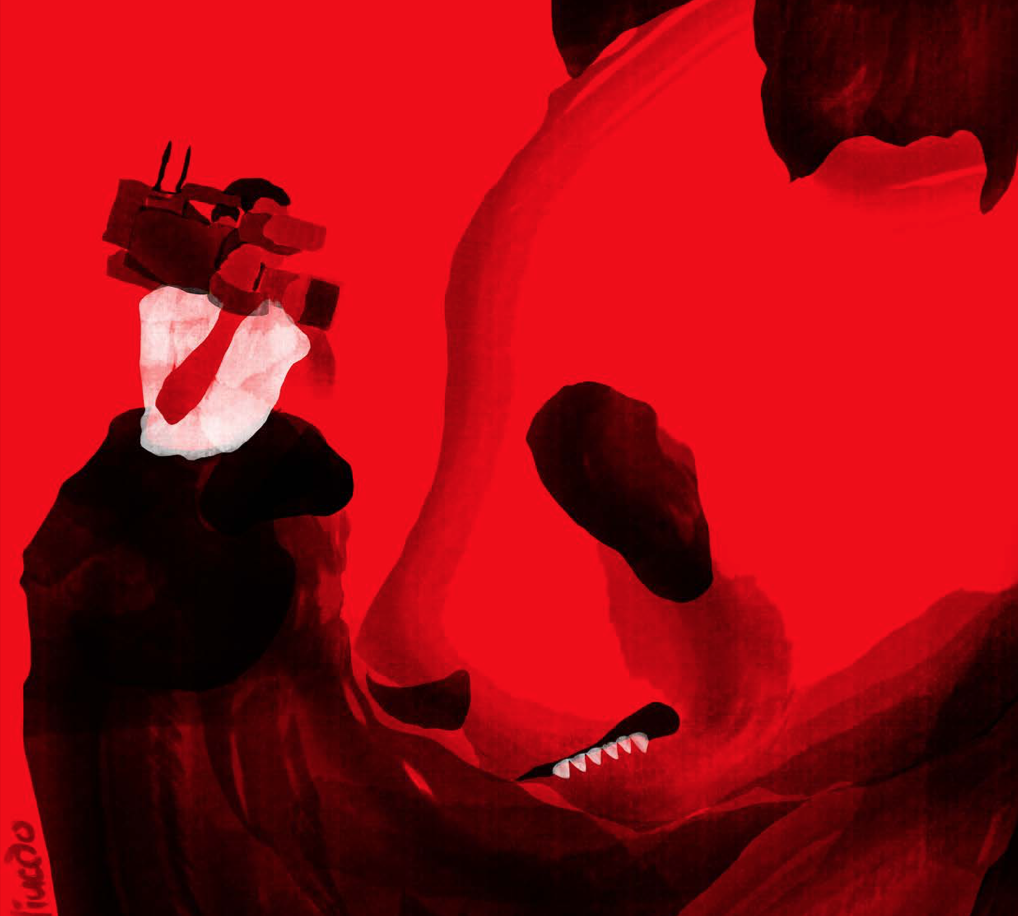 RSF East-Asia Bureau head Cedric Alviani introduced a report he authored titled “The Great Leap Backwards of Journalism in China” in a worldwide webinar at 11 p.m., Taipei time. He said China had a darkly "impressive propaganda machine," and its crackdown on the press could see the country "become the next black hole for information."

Human rights campaigner, Tiananmen protest leader, and RSF Emeritus board member, Wu'erkaixi (吾爾開希) said there had been some improvement in the media situation under former Chinese leader Hu Jintao (胡锦涛), before and after the Beijing Olympics in 2008. However, the current leadership regime "has taken this limited progress away."

"The free flow of information is the foundation of a civil society, but we don't have this in China," Wu'erkaixi said. "Propaganda tells the lie not only to its people but the whole world, even when the whole world presents the truth and gives evidence to the contrary."

Wu'erkaixi, who is in Washington, D.C., with RSF Secretary-General Cristophe Deloire for the Summit for Democracy, which begins Thursday (Dec. 9), accused the West of appeasement toward China. He said the United States, Europe, and other leading democracies have done this by promoting a policy of engagement with China for the past three or four decades.

In a forward to the report, Deloire said the accession of Xi Jinping (習近平) in 2013 has seen a “brutal end” to the partial opening up of China. Xi has “restored a media culture worthy of the Maoist era, in which freely accessing information has become a crime and to provide information an even greater crime,” Deloire said.

He pointed out that China imprisons more journalists than anyone else and ranks 177th out of 180 countries in the 2021 RSF World Press Freedom Index. This is just two places above North Korea, while Taiwan was ranked No. 43 in the annual update published April.

Deloire said Chinese journalists have to pass a test on "Xi Jinping Thought" to get their credentials renewed, and there are even plans to ban private media. Hong Kong, meanwhile, has been turned from being a relative bastion of press freedom into a place where pro-democracy media has been shut down and its publishers imprisoned, like Jimmy Lai (黎智英) at Apple Daily.

"This 'great leap backwards' of journalism in China is all the more terrifying given that the regime has immense financial and technological resources to achieve its goals," Deloire said. "If China continues this frantic race backwards, Chinese citizens may lose hope to one day see press freedom established in their country, and the Beijing regime may succeed in imposing its anti-model domestically and abroad."

Mark Clifford, author and former editor-in-chief of the South China Morning Post, also spoke about the closure of Apple Daily and the imprisonment of the "Apple Daily Seven."

"It's extraordinary; anyone who believes Hong Kong is a legitimate business center has to look at the government," said Clifford, who is also president of the U.K.-based Committee for Freedom in Hong Kong. "We have to take action. This is a threat to people everywhere."

Another webinar speaker was Jane Wang, coordinator of the "#FreeZhangZhan Campaign." Zhang Zhan (张展) is a former lawyer and citizen journalist who criticized China's COVID-19 response. In a harrowing account, Wang said Zhang was detained by the Chinese authorities, force-fed when she went on a hunger strike, and tortured.

She thanked RSF and others for publicizing Zhang's story and called for her immediate release. "Speak truth to power, we are in the same fight," Wang said.

Gulchehra Hoja of Radio Free Asia is a Magnitsky Human Rights Award and Courage in Journalism Award winner. She spoke movingly about repression in Xinjiang and added it was important to value and remember journalists who have been persecuted for speaking out.

RSF’s “great leap backwards” refers to former Chinese Chairman Mao Zedong’s (毛澤東) disastrous “Great Leap Forward” from 1958-1962. This attempt to kickstart the economy led to the deaths of up to 45 million people from forced labor, torture, and starvation. The publication of the report comes just months away from the opening of the 2022 Winter Olympics in Beijing on Feb. 4.

RSF is headquartered in Paris, while its East-Asia Bureau is based in Taiwan's capital. The organization provides advice to the United Nations and UNESCO, has 14 international bureaus, and correspondents in 130 countries.