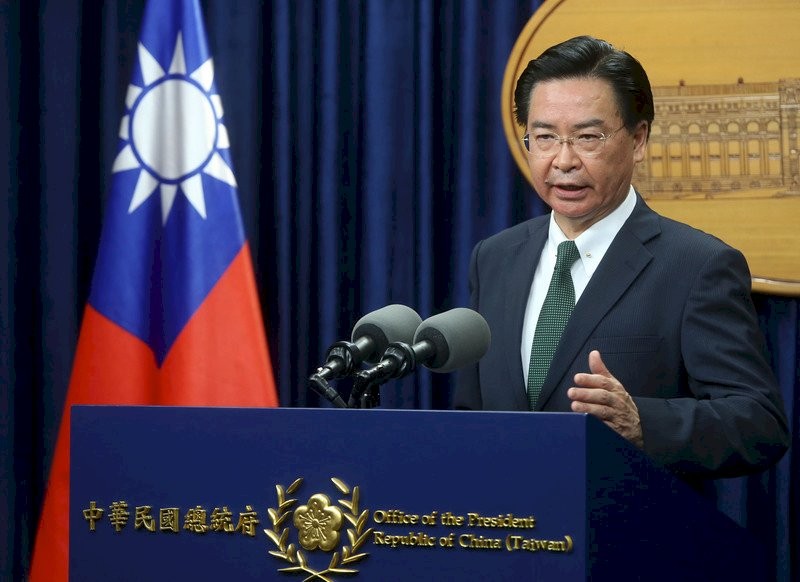 During an interview on Sky News with Christopher Pyne that was broadcast on Sunday (Dec. 5), Wu said that China's expansionism is following a pattern seen by Axis countries in the 1930s. He warned that if Taiwan falls to China, the authoritarian regime could become emboldened to continue seizing other territories it claims in the East China, South China Sea, Pacific Ocean, and Indian Ocean, potentially touching off a world war..

When asked by Pyne why China is fixated on annexing Taiwan, Wu said that since 2019, Beijing has reaffirmed its stance that Taiwan must become unified with China under the "one country, two systems" model and "through force if necessary." Wu then pointed out that authoritarianism is often associated with expansionism and when such regimes face problems domestically, they seek external conflicts and crises to divert domestic attention.

Given Taiwan's close proximity to China, Wu noted that it has become an easy "scapegoat" for the regime in Beijing. Wu observed that during the build-up to WW II, fascist nations began to adopt irredentism to justify the use of force to "reclaim" territories of neighboring countries.

The foreign minister asserted that China's claims and behavior are "almost the same" as that of the Axis powers in the 1930s. He pointed out that China is now laying claim to the East China Sea, Taiwan Strait, Taiwan, South China Sea, and has even engaged in a border skirmish with India.

Wu stated that China is "exercising its expansionism by using force," and he warned that it is "something that we need to watch out (for) very carefully." He asserted that such expansionism started WW II and stressed that "we don't hope that it will cause the third (world) war."

The minister cited the oppression of ethnic minorities in Xinjiang and the crushing of dissent in Hong Kong as examples of Beijing's rising authoritarianism. He then predicted that China would expand its aggression beyond the first island chain into the Pacific, South China Sea, "or even into the Indian Ocean."

Wu reiterated that Taiwan is "not a part of the PRC, and this is the historical fact." He emphasized that the current status quo of the Taiwan Strait "serves the best interest of all parties concerned."

He closed by saying that this status quo must be safeguarded to ensure that "Taiwan is not run by the PRC."