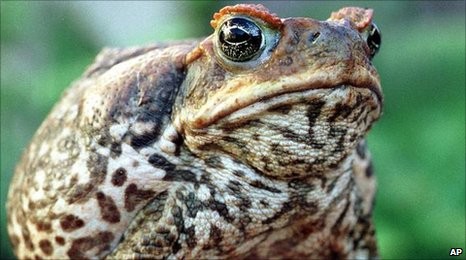 Members of the Taiwan Amphibian Conservation Society are on the front lines and have been wading through rice fields and vegetable patches to capture the invasive amphibians, per France 24. The groups are conducting night patrols too, as the toads are most active after the sun goes down.

Originally from South and Central America, cane toads have threatened ecosystems around the Pacific Rim where they have been introduced, most notably in Australia, the Philippines, and parts of the U.S., per France 24.

Their toxicity can be lethal, and they are a particular risk to dogs, who may curiously bite or lick them.

Though their current numbers seem low, with about 200 caught in recent weeks, if not addressed, the population could drastically increase.

Cane farmers in northern parts of Australia first brought 102 toads into the country in the 1930s to help subdue beetles that were eating their crops. Within a few decades, the total number ballooned to between an estimated 200 million to 1.5 billion, according to a Washington Post report.

Some Taiwanese keep cane toads as pets, and it is likely the current outbreak of feral toads first escaped from local breeders who bred more of them to keep up with demand.

Toads are considered fortuitous in Taiwan, which may hamper the mission to combat their invasion, with some farmers not recognizing their presence as a threat to the local ecosystem. 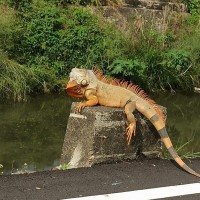 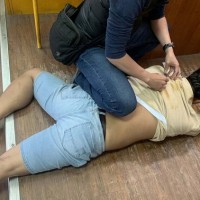