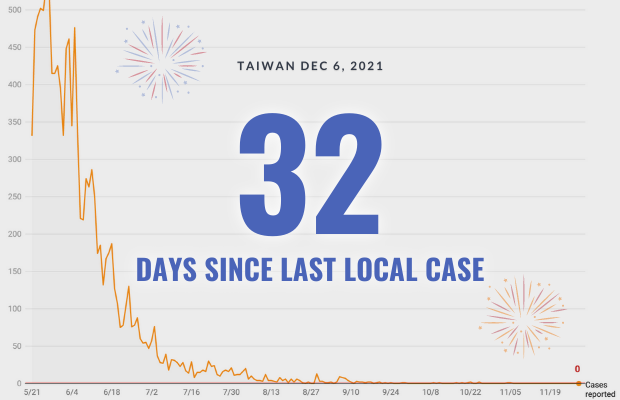 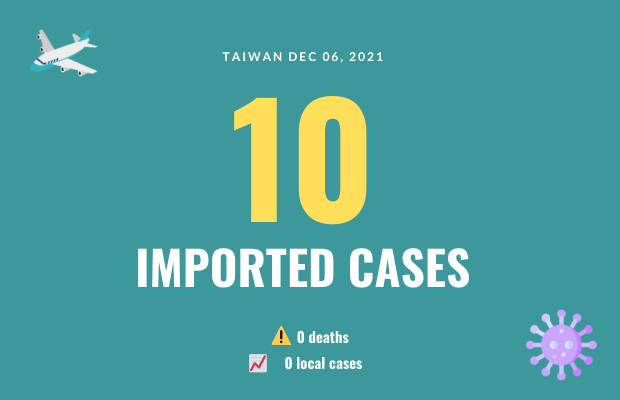 TAIPEI (Taiwan News) — The Central Epidemic Command Center (CECC) on Monday (Dec. 6) reported 10 imported COVID-19 cases, while it has not reported a local infection since Nov. 4.

CECC head Chen Shih-chung (陳時中) that afternoon announced 10 imported cases and no new local infections for the 32nd day in a row. The command center did not announce any deaths, leaving the COVID death toll at 848.