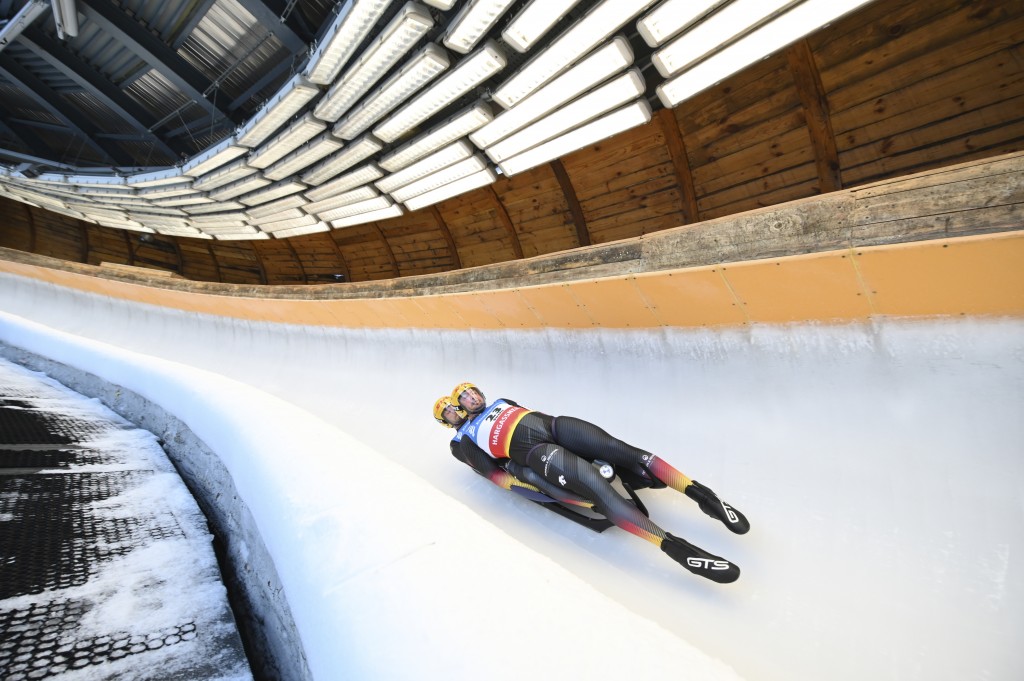 KRASNAYA POLYANA, Russia (AP) — Kristers Aparjods became the first Latvian to win a men’s World Cup luge race, rallying in the second heat on Saturday for victory on the track built for the 2014 Sochi Olympics.

Fischnaller, racing on a borrowed sled and with a borrowed helmet for the second consecutive week because much of his equipment has been held up in a shipping mess, was the leader after the first heat. More than 30 crates of equipment never made it to Russia because of shipping delays out of China, where the luge circuit started the season. The boxes are expected to be reunited with their teams in Germany in the coming days.

Jonny Gustafson led the U.S. men with a 14th-place finish. Tucker West was 16th and Chris Mazdzer was 20th.

In the doubles race, Andrei Bogdanov and Iurii Prokhorov of Russia had the fastest time in both heats and finished in 1:39.351 for the win. Toni Eggert and Sascha Benecken of Germany were second in 1:39.485 and the Latvian sled of Andris Sics and Juris Sics was third in 1:39.530.

Mazdzer and Jayson Terdiman were 13th for the U.S. Zach Di Gregorio and Sean Hollander were 18th, while Dana Kellogg and Duncan Segger had trouble in their second run and finished 24th.

The women’s race is Sunday, followed by men’s, doubles and women’s sprint races.