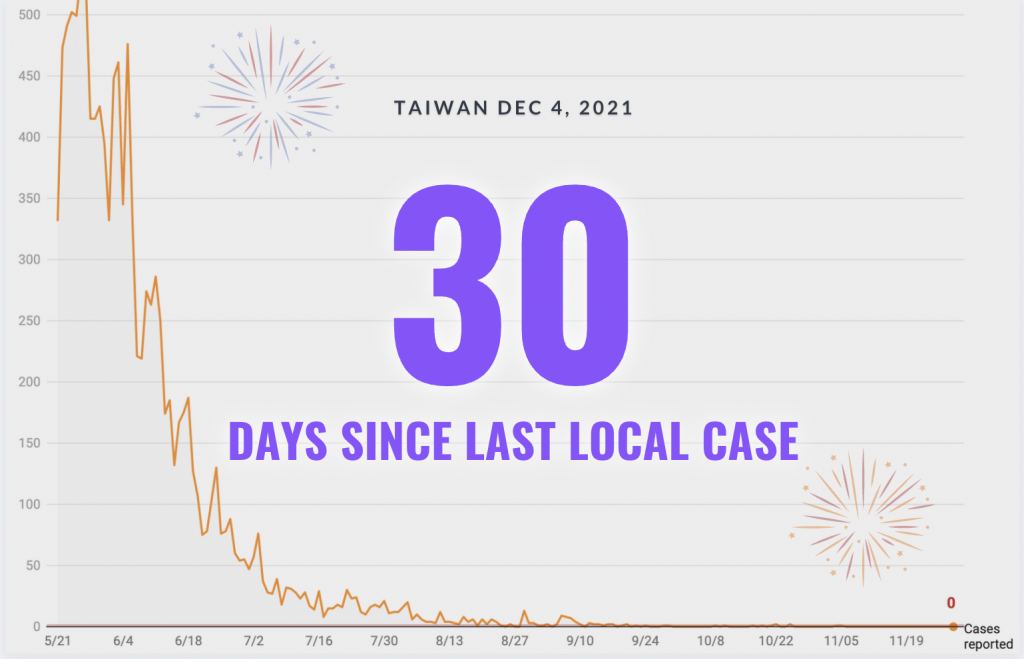 The most recent local infection was reported a month before, on Nov. 4, and the death tally remained at 848 on Saturday.

The imported cases were five males and two females ranging in age from under five to 59. Five had arrived from Indonesia, two each from Vietnam and the United States, and one each from Singapore and Cambodia. They entered the country between Nov. 19 and Dec. 2.

Eight were breakthrough cases; the three who were not included a Taiwanese girl under the age of 5 who arrived from Vietnam and a Taiwanese boy younger than 10 who traveled from Singapore. Most of the new cases announced Saturday were relatively young, with three teenagers and four adults in their 20s.

Taiwan’s latest total number of 16,648 coronavirus cases included 14,590 domestic cases and 2,004 imported ones. Of the 848 fatalities, 836 were the result of local infections, with New Taipei City registering 412 deaths and Taipei City 321.

A total of 36 COVID cases originated from last year’s journey by the Taiwan Navy’s "Goodwill Fleet," two were infected on board a flight, one case was classified as unresolved, and 14 cases were being investigated. A total of 111 earlier cases were removed from the list of confirmed cases.