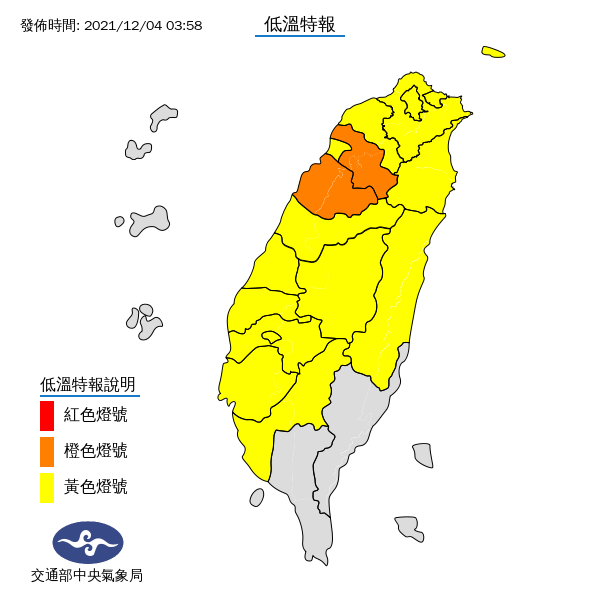 The weather bureau also issued a yellow alert for all areas in Taiwan except Taitung and Pingtung counties. The lowest temperature measured manually occurred in Chiayi, reaching 9.5 C.

According to the CWB, the weather remains stable and sunny on Saturday, except for sporadic rain in northeast Taiwan. Temperatures in north Taiwan will fall to 13-21 C; in central Taiwan, 11-24 C; in south Taiwan, 14-25 C; and in east Taiwan, 12-22 C.

CWB urged the public to beware of low temperatures in the morning and at night.

CNA cited weather expert Wu Der-rong (吳德榮) as saying that a weak cold front will pass through Taiwan on Sunday and Monday (Dec. 7), bringing some rain to the greater Taipei area and east Taiwan. Between Tuesday (Dec. 8) and Thursday (Dec. 10), north Taiwan will see cool temperatures due to the northeastern monsoon.