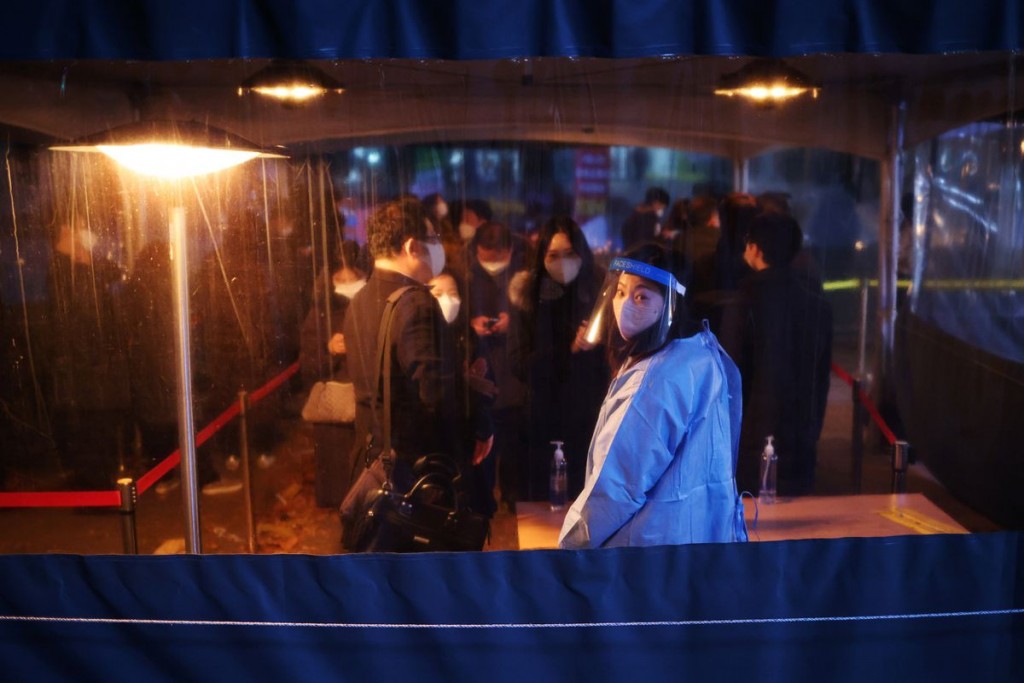 The World Health Organization (WHO) warned Asia-Pacific countries on Friday to boost healthcare capacity and fully vaccinate their people to prepare for a surge in COVID-19 cases as the Omicron variant spreads globally despite travel curbs.

Despite shutting its borders to travel from high-risk southern African countries, Australia became the latest country to report community transmission of the new variant, a day after it was found locally in five U.S. states.

Omicron started gaining a foothold in Asia this week, with cases reported in India, Japan, Malaysia, Singapore and South Korea.

Many governments have tightened travel rules to keep the new variant out, but the WHO's warning to the Asia-Pacific, a region of about 650 million people, stressed that border controls could only buy them time.

"People should not only rely on border measures," Takeshi Kasai, WHO regional director for the western Pacific, told a virtual media briefing.

"What is most important is to prepare for these variants with potential high transmissibility. So far the information available suggests we don't have to change our approach."

Vaccination rates vary from country to country in the Asia-Pacific but there are worrying gaps. Indonesia, the world's fourth most populous country and once Asia's COVID-19 epicentre, has fully inoculated only about 35% of its population of 270 million people.

Australia's chief medical officer said Omicron was likely to become the dominant variant globally within months, but at this stage there was no evidence it was any more dangerous than Delta which swept the world earlier this year.

"I suspect within the (next few) months, Omicron will be the new virus in the world," Paul Kelly, the top medical advisor to the Australian government, told reporters.

In the United States, the Biden administration unveiled a suite of measures to guard against the virus spreading. From 12:01 a.m. ET (0501 GMT) on Monday, international air travellersarriving in the United States will have to obtain a negative COVID-19 test within one day of travel.

"We're going to fight this variant with science and speed, not chaos and confusion," President Joe Biden said on Thursday as he told Americans to prepare for a rise in infections during winter.

Less than 60% of the U.S. population, or 196 million people, have been fully vaccinated, one of the lowest rates among wealthy nations.

Global travel curbs have accelerated with Hong Kong, the Netherlands, Norway and Russia, among others, announcing fresh measures on Thursday. Malaysia said on Friday that it would tighten restrictions further.

Aside from wreaking havoc in the travel industry, the clamp-down has pounded financial markets and undermined major economies just as they were beginning to recover from the lockdowns triggered by Delta.

Shares in India, Japan, and South Korea fell on Friday after overnight losses on Wall Street, but traders will need to wait at least another week or so for answers from global health authorities on the variant's virulence or vaccine resistance.

Oil prices climbed although they were still on course for a sixth week of declines amid concerns that demand could fall due to measures to contain Omicron.

Europe's biggest economy, Germany, said it would bar the unvaccinated from all but essential businesses, and legislation to make vaccination mandatory would be drafted for early next year.

Several countries including Britain and the United States were bringing forward plans to offer booster shots, but, like travel bans, this is controversial. Australian authorities said on Friday there was "no evidence" such moves would be effective.

"There's a lot of uncertainty, but it could cause significant problems. We're still evaluating that," she told the Reuters Next conference on Thursday. 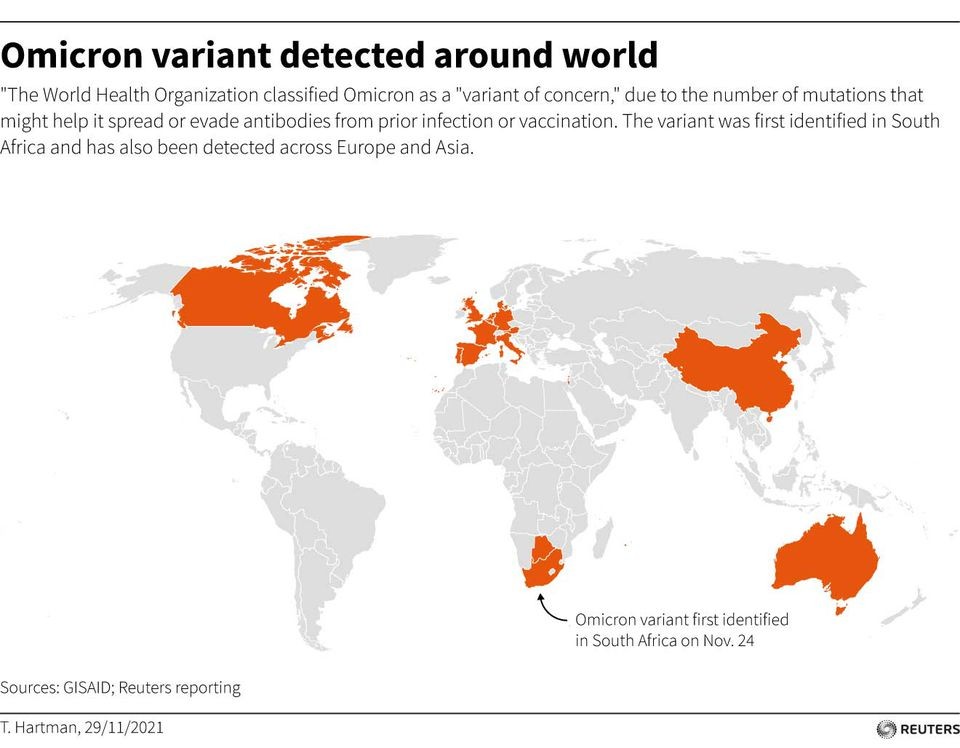 "The World Health Organization classified Omicron as a "variant of concern," due to the number of mutations that might help it spread or evade antibodies from prior infection or vaccination.