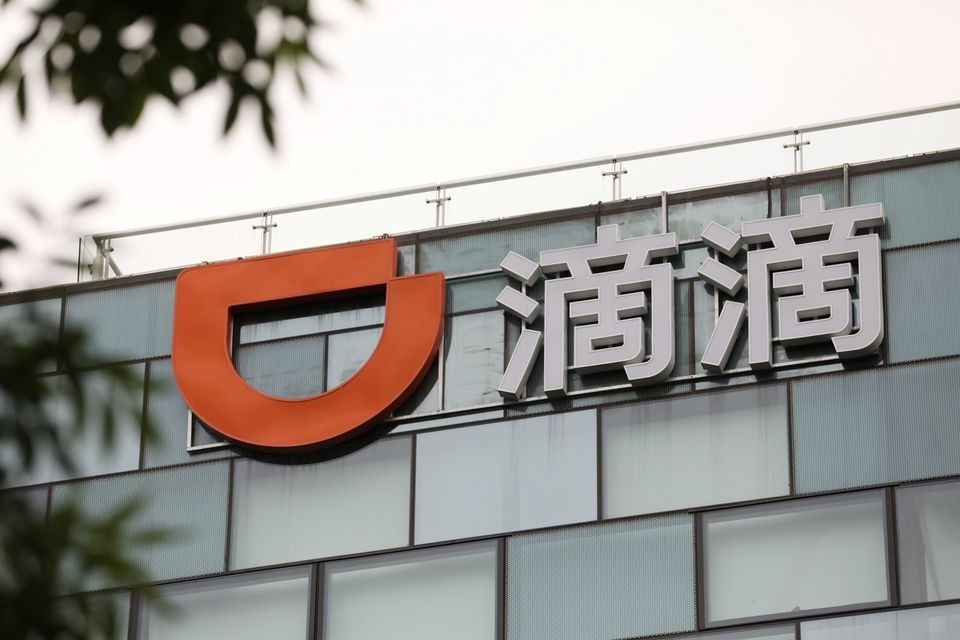 Just five months after its debut, ride-hailing giant Didi Global (DIDI.N) said it plans to withdraw from the New York stock exchange and pursue a Hong Kong listing - a stunning volte-face as it bends to Chinese regulators angered by its U.S. IPO.

Its shares soared 15% in pre-market trade as investors bet the move would appease Beijing and serve as a catalyst for a revival of its business prospects at home.

Didi pushed ahead with a $4.4 billion U.S. initial public offering despite being asked to put it on hold while a review of the company's data practices was conducted.

"Following careful research, the company will immediately start delisting on the New York stock exchange and start preparations for listing in Hong Kong," Didi said on its Twitter-like Weibo account on Friday.

Didi did not explain its reasons for the plan but said in a separate statement it would organise a shareholder vote at an appropriate time and would ensure its New York-listed stock would be convertible into "freely tradable shares" on another internationally recognised stock exchange.

Sources have told Reuters that Chinese regulators pressed Didi's top executives to devise a plan to delist from the New York Stock Exchange due to concerns about data security.

The upending of Didi's New York listing - likely to be a difficult and messy process - illustrates both the huge clout that Chinese regulators possess and their emboldened approach to wielding it. Billionaire Jack Ma also ran afoul of Chinese authorities after blasting the country's regulatory system, leading to the dramatic scuppering of a mega-IPO for Ant Group last year.

The move will also likely further discourage Chinese firms from listing in the United States and could prompt some to reconsider their status as U.S. publicly traded companies.

"Chinese ADRs face increasing regulatory challenges from both U.S. and Chinese authorities. For most companies, it will be like walking on eggshells trying to please both sides. Delisting will only make things simpler," said Wang Qi, CEO at fund manager MegaTrust Investment (HK).

Didi is planning to proceed with a Hong Kong listing soon and is not looking at being taken private, sources with knowledge of the matter told Reuters.

It aims to complete a dual primary listing in Hong Kong in the next three months, and under pressure from Beijing delist from New York by June 2022, said one of the sources.

The sources were not authorised to talk to media and declined to be identified. Didi did not immediately respond to Reuters requests for comment and the CAC has yet to comment on its announcement. 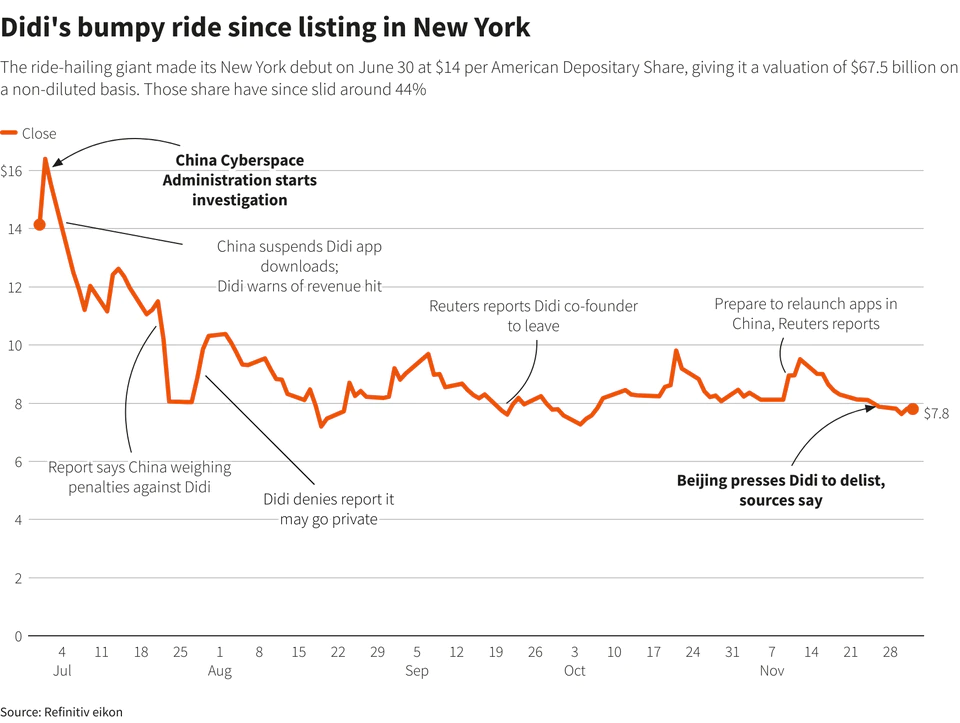 Listing in Hong Kong might, however, prove complicated, particularly in a tight three-month timeframe given Didi's history of compliance problems and the scrutiny it has faced over unlicensed vehicles and part-time drivers.

Only 20%-30% of Didi's core-ride hailing business in China is fully compliant with regulations requiring three permits relating to the provision of ride-hailing services, vehicle licensing and drivers' licenses, sources have previously said.

Didi said in its IPO prospectus it had obtained ride-hailing permits for cities that collectively accounted for the majority of its total rides. It has not responded to further queries about permits.

Those problems had been the main obstacle to the company conducting an IPO in Hong Kong earlier and it remains to be seen whether the bourse will approve it now, sources with knowledge of the matter said on Friday.

"I don't think Didi qualifies to be listed anywhere before it ... sets up effective protocols to manage and ensure the drivers' responsibility and benefits," said Nan Li, associate professor for finance at Shanghai Jiao Tong University.

The Hong Kong bourse (0388.HK) does not comment on individual companies, a spokesperson said. Shares in the exchange, however, jumped 4% on prospects of a Didi listing.

Sources have also told Reuters that Didi is preparing to relaunch its apps in China by the end of the year in anticipation that Beijing's cybersecurity investigation into the company would be wrapped up by then.

Didi provided 25 million rides a day in China, according to first-quarter data. It made its New York debut on June 30 at $14 per American Depositary Share, but those shares have since slid 44% until Thursday's close, valuing it at $37.6 billion.

SoftBank's Vision Fund owns 21.5% of Didi, followed by Uber Technologies Inc (UBER.N) with 12.8%, according to a filing in June by Didi.