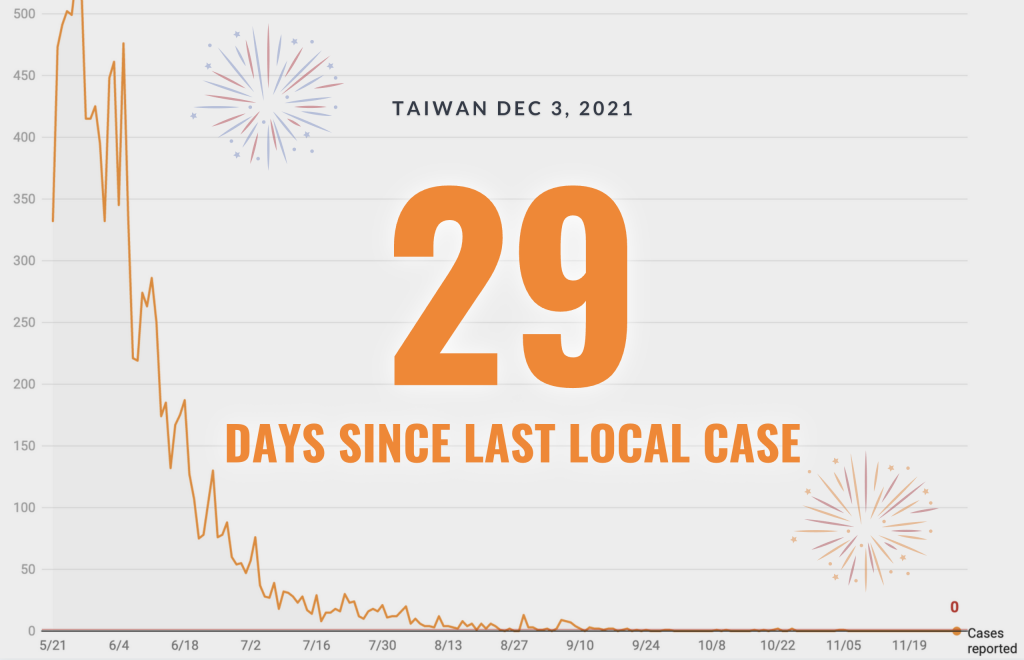 TAIPEI (Taiwan News) — The Central Epidemic Command Center (CECC) on Friday (Dec. 3) reported 11 imported COVID-19 cases, while it has not reported a local infection since Nov. 4.

CECC Spokesman Chuang Jen-hsiang (莊人祥) announced 11 imported cases and no new local infections for the 29th day in a row. The command center did not announce any deaths, leaving the COVID death toll at 848.

However, as she was preparing to travel overseas again she underwent another coronavirus test on Dec. 1 and was diagnosed with COVID on Dec. 3. Philip Lo (羅一鈞), deputy head of the CECC’s medical response division, said that because she has a high Ct value of 32, she has been considered an imported case, but more information is being gathered.

She is also considered a breakthrough case because she previously received two doses of the AstraZeneca vaccine.