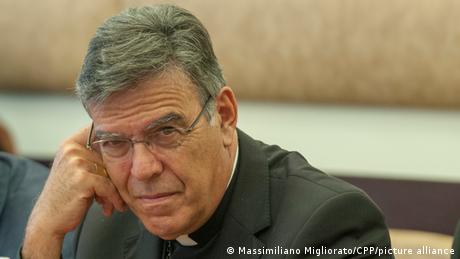 Pope Francis accepted the resignation of Michel Aupetit, the archbishop of Paris on Thursday over his "ambiguous" relationship with a woman, the Vatican and the French Bishops Conference said.

Aupetit offered his resignation after a report in Le Point magazine surfaced detailing allegations that he had engaged in a consensual relationship with a woman, which he denied.

What has Aupetit said?

In a statement, Aupetit offered that he stepped down "to preserve the diocese from the division that suspicion and loss of trust are continuing to provoke."

A spokeswoman for the diocese last week said Aupetit "had ambiguous behavior with a person he was very close to," adding the relationship was neither sexual nor "a loving relationship."

She said Aupetit's resignation was "not a confession of guilt, but a humble gesture, an offer of dialogue."

Catholic priests accept a vow of celibacy and must practice sexual abstinence under church rules.

Aupetit had led the Catholic church in Paris since 2018.

What happens now with the Catholic Church in Paris?

The bishops' conference said Pope Francis appointed Georges Pontier, the former archbishop of Marseille, as Apostolic Administrator of Paris. In the past, Pope Francis had refused other resignations offered in similar circumstances.

In October, the Catholic Church in France released a devastating report from an independent commission chronicling sex abuse of children by priests in the church over decades. Since 1950, the report estimated clergy had abused more than 200,000 children in France.