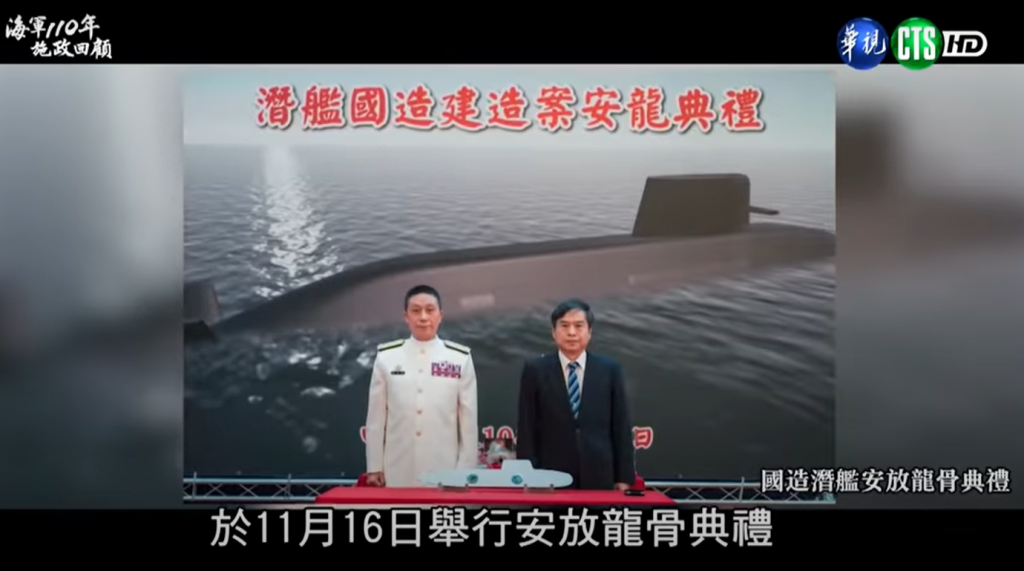 TAIPEI (Taiwan News) — When Taiwan held the official “keel-laying” ceremony for its first indigenous submarine last month, reporters were not invited, but a military television show revealed an image of the event Thursday (Dec. 2).

While submarines do not have a keel, the common shipbuilding term was used to denote the completion of a connection between the tower-like structure at the top of the submarine with the hull.

The ceremony took place Nov. 16 in the presence of Navy Commander Admiral Liu Chih-pin (劉志斌) and of CSBC Shipbuilding Corporation Chairman Cheng Wen-lon (鄭文隆), at whose Kaohsiung shipyard the submarine was reportedly being built.

The CTS TV program, which featured a look back at military events in 2021, showed the two men standing in front of an image of what the finished submarine should look like, the Liberty Times reported. On a table in front of Liu and Cheng, viewers could also see a model of the submarine.

According to the official schedule, the prototype should be ready in 2024 and handed over to the Navy the following year. A media report recently uncovered details about the international cooperation allowing Taiwan to assemble the technology and talent to build a submarine in the face of Chinese bullying.