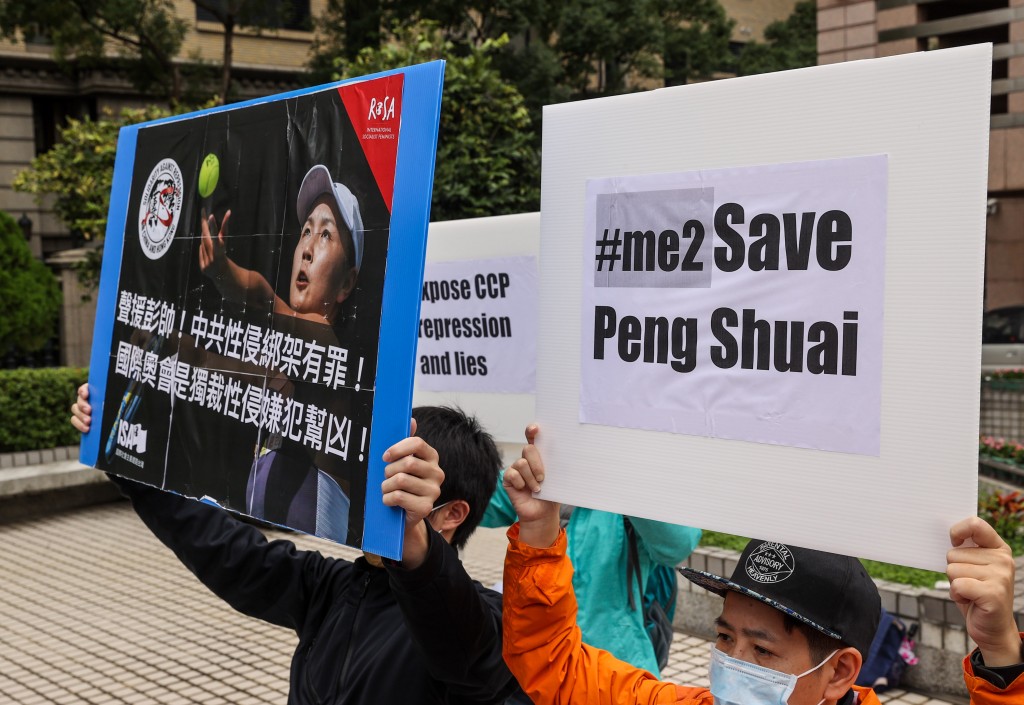 TAIPEI (Taiwan News) — Women's Tennis Association (WTA) Chair Steve Simon on Thursday (Dec. 2) announced the cancellation of all the organization's tournaments in China and Hong Kong in 2022 amid continued uncertainty about the status of Chinese player Peng Shuai (彭帥).

Simon’s statement highlighted Peng’s sexual assault accusation against a top Chinese official and her subsequent disappearance from the public eye. Though various photos and videos of Peng Shuang have surfaced online amid the world’s growing concern over her whereabouts, many remain skeptical that she is free to act.

“While we now know where Peng is, I have serious doubts that she is free, safe and not subject to censorship, coercion and intimidation,” Simon wrote. “Unfortunately, the leadership in China has not addressed this very serious issue in any credible way,” despite being given the chance to prove Peng’s ability to speak freely.”

Simon stressed that the way China treated Peng’s sexual assault allegation harms women's equality, the basis on which the WTA was founded. To protect members, the organization’s board of directors decided to suspend all 2022 tournaments in China and Hong Kong.

“In good conscience, I don’t see how I can ask our athletes to compete there when Peng Shuai is not allowed to communicate freely and has seemingly been pressured to contradict her allegation of sexual assault,” Simon wrote. “Given the current state of affairs, I am also greatly concerned about the risks that all of our players and staff could face if we were to hold events in China in 2022.”

According to the Associated Press, several tennis tournaments had been planned to take place in China in 2022, including the prestigious WTA Finals. The WTA, along with other international sports organizations, stands to make “billions of dollars in income” in China.

Amid the public outcry over Peng's allegation and China’s censorship of the issue, the WTA has been one of the loudest voices expressing concern about her safety and demanding an investigation. In an interview with The New York Times on Nov. 14, Simon said the WTA would “not operate our business in China if that’s what it came to.”

Chinese media eventually released an email allegedly written by Peng as well as photos and videos of her, but these drew doubt as to their credibility. As of Thursday, there had been no direct statement from Peng confirming her safety and freedom.