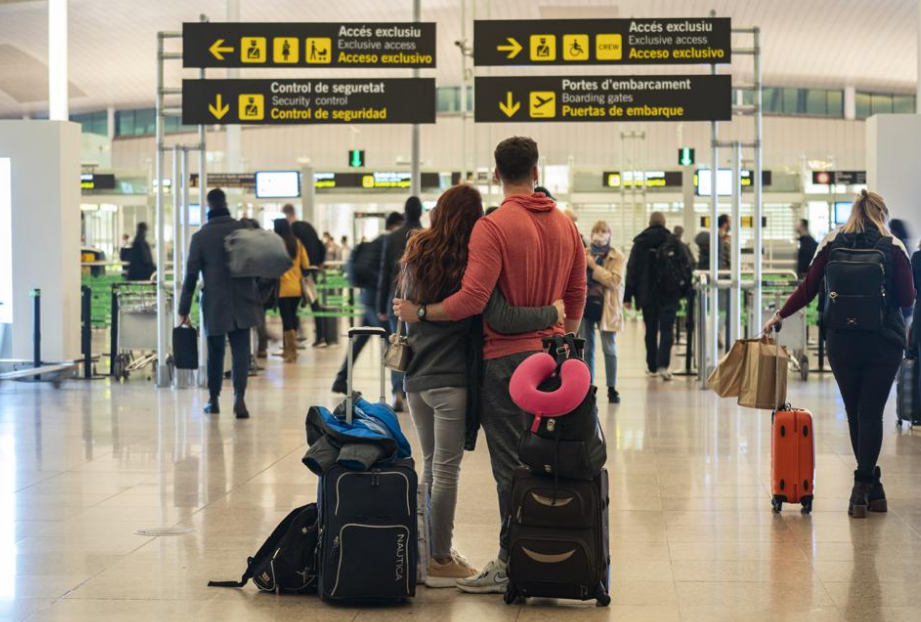 The U.S. recorded its first confirmed case of the omicron variant Wednesday — in a vaccinated traveler who returned to California after a trip to South Africa — as scientists around the world race to establish whether the new, mutant version of the coronavirus is more dangerous than previous ones.

“We knew it was just a matter of time before the first case of omicron would be detected in the United States,” he said.

The infected person was identified as a traveler who had returned from South Africa on Nov. 22, developed mild symptoms and tested positive for COVID-19 Monday. Researchers at the University of California, San Francisco obtained a sample from the patient Tuesday evening and worked feverishly overnight to assemble the genetic sequence.

The person, who had had the full two doses of the Moderna vaccine and wasn’t yet due for a booster shot, is improving, California officials said.

Fauci and other medical experts strongly emphasized that Americans should continue to get vaccinated and get their booster shots. The vaccine has been proven to reduce the risk of severe illness and death, and Fauci said it is reasonable to believe it will offer protection against the omicron variant.

The mild nature of the California person’s infection “is a testimony to the importance of the vaccinations,” said California Health Secretary Dr. Mark Ghaly.

All the individual’s close contacts have been reached and have tested negative, officials said. The patient, who agreed to remain in quarantine, was identified only as being between 18 and 49.

California Gov. Gavin Newsom expressed confidence in the state’s efforts to control the virus and said he does not anticipate imposing another stay-at-home order or other shutdown measures.

At least 23 other countries have reported omicron infections since South African authorities first identified the variant a week ago — an announcement that led the U.S. and many other nations to almost immediately bar airline travelers arriving from southern Africa.

In South Africa, new cases of COVID-19 nearly doubled in a single day to almost 8,600, authorities reported Wednesday, and the country’s National Institute for Communicable Diseases said omicron has now overtaken the delta variant among samples now being analyzed at the genetic level.

But the variant is still surrounded by many unknowns, among them: Is it more contagious than other versions, as some scientists are beginning to suspect? Does it make people more seriously ill? And can it evade the vaccine?

“Any declaration of what will or will not happen with this variant, I think it is too early to say,” Fauci said.

European Union Commission President Ursula von der Leyen said it will take two to three weeks before it becomes fully clear what omicron can do to the world.

“This is, in normal times, a short period. In pandemic times, it’s an eternity,” she lamented.

In California, the genetic analysis of the patient’s virus from UCSF was confirmed by the Centers for Disease Control and Prevention.

“We will likely see this scenario play out multiple times across the country in the coming days or weeks,” said Scott Becker, CEO of the Association of Public Health Laboratories.

“This particular case shows the system working as it was designed to work — an individual with travel history from South Africa, an astute laboratory and quick prioritization of the specimen for sequencing, and close coordination with public health officials.”

Going further than many other countries in trying to contain the virus, Japan has banned foreign visitors and asked international airlines to stop taking new reservations for all flights arriving in the country until the end of December.

The U.S. is working toward requiring that all air travelers to the country be tested for COVID-19 within a day before boarding their flights, up from the current three days.

On Wednesday, the World Health Organization warned that blanket travel bans are complicating the sharing of lab samples from South Africa that could help scientists understand the new variant.

At the same time the omicron variant is spreading new fear and uncertainty, the dominant delta variant is still creating havoc, especially in Europe. Many countries there are dealing with a surge in infections and hospitalizations, despite a relatively high vaccination rate of 67% of the European Union’s population.

For the first time, von der Leyen said EU nations should consider making vaccinations mandatory. Greece plans to fine people over 60 who don’t get the shot. And German Chancellor-designate Olaf Scholz said he will back a proposal to require everyone to get vaccinated.