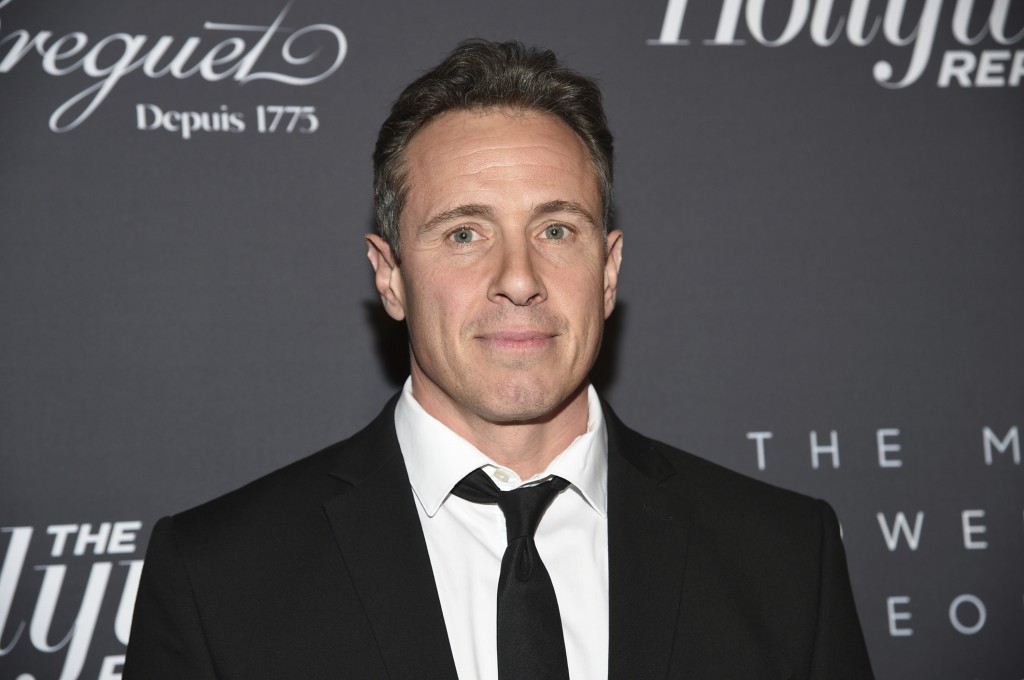 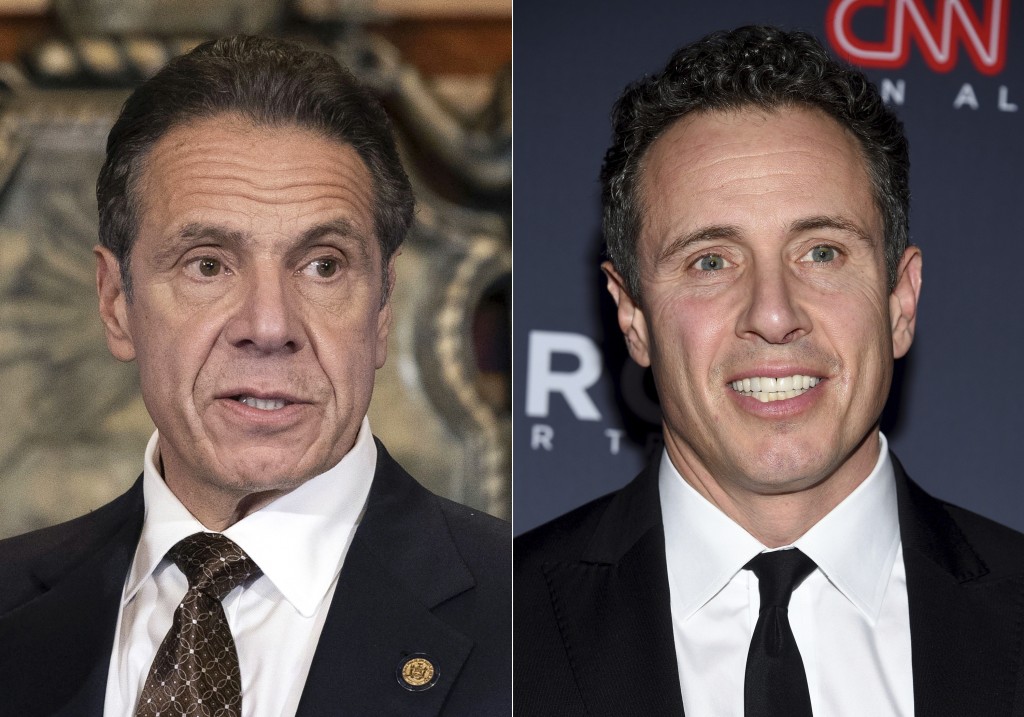 NEW YORK (AP) — There's family, and your job as a journalist. Chris Cuomo's willingness to put the latter at risk in service to his brother has led to his suspension by CNN.

The network took him off the air Tuesday, saying that material released by New York's attorney general shows that he played a greater role than previously acknowledged in defense of his brother, former Gov. Andrew Cuomo, as he fought sexual harassment charges.

Transcripts of emails and Chris Cuomo's testimony before state investigators revealed that he strategized regularly with the governor's aides and tried to help them learn what other journalists were reporting about harassment allegations.

CNN said that he was more involved than its executives — not just the general public — had been aware of.

“As a result, we have suspended Chris indefinitely, pending further evaluation,” a CNN spokesperson said.

Cuomo, on his SiriusXM show Wednesday, said it “hurts to even say” he's been suspended.

“It's embarrassing,” he said, “but I understand it. And I understand why some people feel the way they do about what I did. I've apologized in the past. I mean it. It's the last thing I ever wanted to do was compromise any of my colleagues. And do anything but help.”

The Cuomos are part of a New York political dynasty that began with their father, Mario, serving three terms as governor from 1982 to 1996. Andrew was in his third term before resigning this year, and he burned to beat his dad's record.

Andrew was his father's most trusted aide and protector during Mario's first campaign and early years as governor, an example of loyalty that Chris grew up watching even though, at 51, he is more than 13 years younger than his brother.

They frequently describe themselves as best friends.

“He's my brother, and I love him to death no matter what,” Chris Cuomo said in his testimony this past July. “I only got one.”

Still, they were fiercely competitive, said Michael Shnayerson, author of “The Contender,” an unauthorized biography of Andrew that was published in 2015.

“Always, under the mockery and machismo, was a powerful bond — the Cuomos against the world,” Shnayerson said. “I can imagine it all too easy for Chris to let that bond cloud his judgment when it came to reporting the news, and following up on leads about Andrew's political enemies.”

Throughout his testimony, Chris Cuomo frequently returns to family when asked to explain his frequent contact — often combative — with Andrew's aides as they tried to figure out a way to save the governor's job.

“This is my brother, and I'm trying to help my brother through a situation where he has told me he did nothing wrong,” Chris testified. “And that's it for me. How do I help protect my family? How do I protect him? Probably should have been thinking more about how I protect myself, which just never occurred to me."

James' investigation found that Andrew Cuomo sexually harassed at least 11 women. He resigned as governor in August to avoid a likely impeachment trial.

The last time he talked to his brother about the charges, Chris Cuomo said during his testimony, was to figure out what was going to happen and what he would tell their 90-year-old mother.

Cuomo has insisted he has done nothing to try to influence CNN's coverage of his brother's political problems, and that it would be quickly found out if he did.

While people can relate to wanting to help a family member, his primary obligation as a journalist is to CNN's viewers, said Kathleen Culver, director of the Center for Journalism Ethics at the University of Wisconsin. These revelations can damage CNN's reputation, and all journalists, at a time people are already suspicious of the profession, she said.

Journalists need to establish independence from newsmakers. Cuomo “was not independent of his brother in any sense of the term, and that's a very, very big problem,” Culver said.

When it was first reported by The Washington Post last May that Cuomo had strategized with his brother's aides, CNN said that it was inappropriate but did not discipline him.

“When Chris admitted to us that he had offered advice to his brother's staff, he broke our rules and we acknowledged that publicly,” the CNN spokesperson said Tuesday. “But we also appreciated the unique position he was in and understood his need to put family first and job second.”

At the request of his brother's aides, Cuomo also used his contacts to find out what other journalists were going to report, most notably the New Yorker's Ronan Farrow. Cuomo said "the idea of one reporter calling another to find out what's coming down the pipe is completely business as usual.”

For competitive reasons, journalists are frequently curious about what rivals are working on, although a phone call for that reason would likely result in an angry hang-up.

CNN's ultimate decision on Cuomo's future is complicated, in part because it draws attention to how it has treated the issue in the past and its own efforts to investigate his activities. Cuomo testified that he didn't tell anyone at CNN that he was contacting other journalists to find out about the Farrow piece.

“His suspension from CNN is the correct move, and something that should have happened sooner,” said Ben Bogardus, a journalism professor at Connecticut's Quinnipiac University. “The longer it dragged on, the more credibility CNN lost.”

“Cuomo Prime Time” has averaged 1.3 million viewers a night so far this year, the Nielsen company said. While its audience is down sharply from the 2020 election year, like it is for many cable news programs, it's still CNN's most-watched show, and Cuomo's exit would leave a big hole.

His suspension makes some of the advice that Cuomo told investigators that he gave to his brother during the harassment scandal sound eerily like it could apply to his own situation.

Whether or not he gets that chance is an open question.