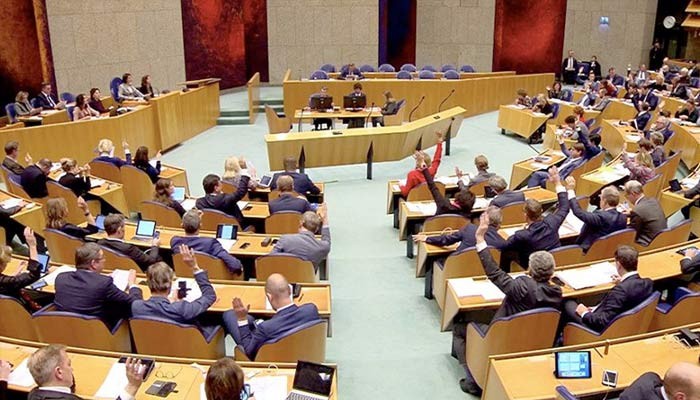 MOFA pointed out that the first motion was introduced by Raymond de Roon, chairman of the House Foreign Trade Committee, and requires the Dutch government to express its disapproval of China’s unilateral changes to the status quo in the Taiwan Strait. It was approved with 120 votes in favor and 30 against.

De Roon said he looks forward to being the driving force for other European countries to follow suit in backing Taiwan, according to a MOFA press release.

The second motion, which was jointly introduced by Ruben Brekelmans and Agnes Mulder, urged the EU to support Lithuania's strengthening relations with Taiwan. After the two nations announced they would mutually establish representative offices, China launched a coercion campaign against Lithuania to force it to walk back its decision to engage with Taiwan.

Convinced that European nations have the right to decide for themselves how to develop ties with Taiwan, Breckelmans and Mulder appealed to the Dutch government to urge the EU to support Lithuania. The motion passed with 117 representatives supporting it and 33 opposed, per the MOFA press release.

MOFA mentioned that the House of Representatives had passed a resolution to support Taiwan’s participation in Interpol on Nov. 23.

Taiwan and the Netherlands are good partners that share universal values such as democracy, the rule of law, freedom, and human rights, the ministry said, adding that in the future, bilateral cooperation in the fields of economy and trade, environmental protection, epidemic prevention, technology, energy, and innovation will continue to be strengthened.

MOFA said that Taiwan and the Netherlands will also partner with other like-minded countries to contribute to global peace, stability, and prosperity.