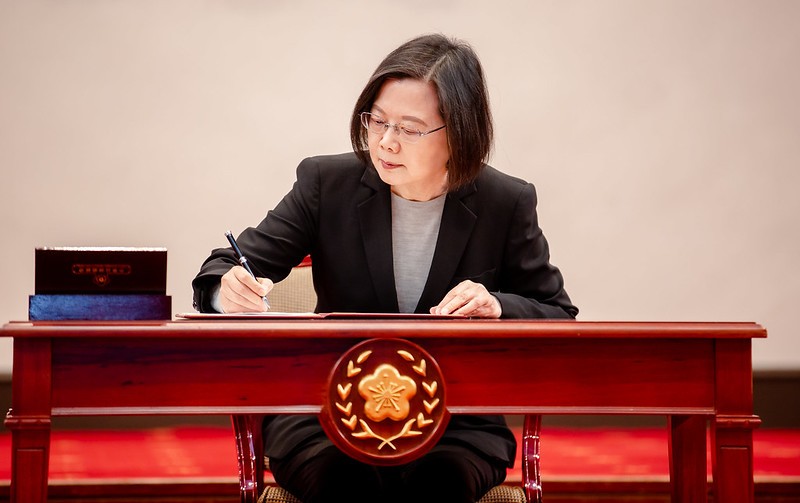 TAIPEI (Taiwan News) — The Stalking and Harassment Prevention Act (跟蹤騷擾防制法) was signed into law by President Tsai In-wen (蔡英文) on Wednesday (Dec. 1) and will go into effect six months after its promulgation.

While Taiwan fares well in world rankings on gender equality, many women still live under the threat of various forms of abuse, according to Tsai. Tuesday (Nov. 30) marked the 25th anniversary of the murder of Peng Wan-ru (彭婉如), a Taiwanese politician brutally killed when she was advocating the political rights of women. The case rattled Taiwanese society and shed light on the country’s lack of measures ensuring the safety of female residents, Tsai reckoned.

Lauding the act as a momentous step towards preventing gender-based violence, she said it would allow timely intervention by law enforcement and better protection of potential victims.

The act stipulates that those who commit offenses can incur warnings from the police, restraining orders, and preemptive detention. Perpetrators can be subjected to a jail term of up to five years, and/or a fine between NT$100,000 (US$3,608) and NT$500,000.

The legislation was enacted in response to multiple incidents of stalking over the years, some of which ended in femicide. Its signing comes at a time when Democratic Progressive Party (DPP) Legislator Kao Chia-yu's (高嘉瑜) sharing that she has been assaulted by her boyfriend has gripped national headlines, while a recent report has suggested that one in five women in Taiwan has been in an abusive relationship.