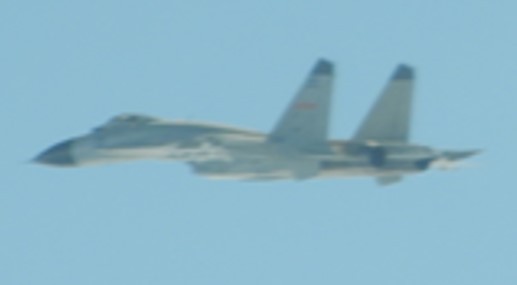 Chinese aircraft were spotted in Taiwan’s identification zone every day last month except for on Nov. 3. A total of 168 PLAAF aircraft were tracked in the zone in November.

The 29 intrusions in November were the most of any month since the MND began publicly reporting incursions in September 2020. That month and January of this year tied for the previous record, with 27 incursions each.

Since last September, China has increased its use of gray zone tactics by routinely sending aircraft into Taiwan’s ADIZ, with most occurrences taking place in the southwest corner of the zone. 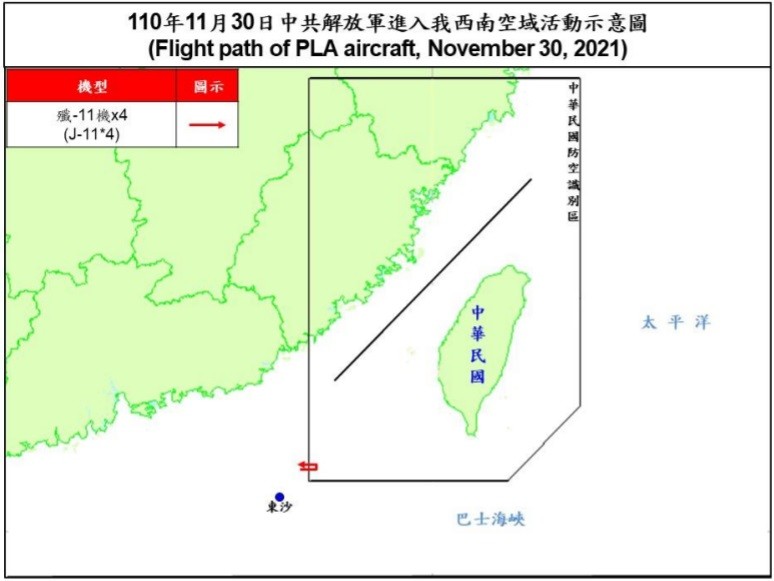