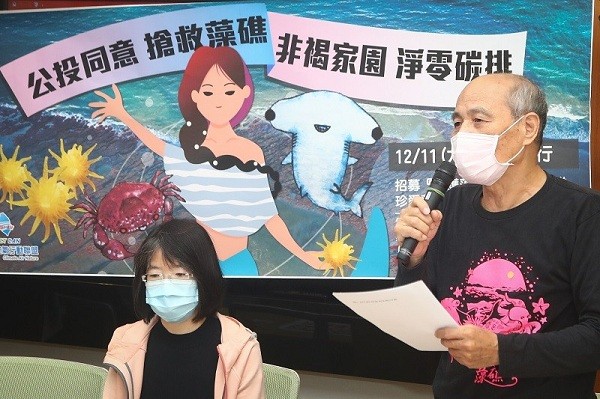 TAIPEI (Taiwan News) — The result of the upcoming four-question referendum would be “three yeses” and “one no” if it was voted on today, according to a poll conducted by the Taiwanese Public Opinion Foundation (TPOF).

Four proposals are set to be decided by popular vote on Dec. 18. All of them are vehemently opposed by the Tsai Ing-wen (蔡英文) administration and her ruling Democratic Progressive Party (DPP).

The poll found that among Taiwanese aged 20 and older, 49.6% "definitely will" vote in the referendum, while 28.3% "probably will."

The first issue is whether Taiwan should reinstate its import ban on pork from the U.S. containing ractopamine. The poll found 55.9% would vote to support a ban, while 36.5% would oppose it.

Responding to the third proposal, whether the country should reform referendum rules to mandate that future referendums be held on the same date as general elections, 47.5% said they would vote in favor of the change, while 41.6% would vote to reject it.

On the final proposal, activating the unfinished Fourth Nuclear Power Plant, 43.5% said they would vote for this compared to 45.9% who were opposed.

As for President Tsai’s performance, 46.8% of respondents said they approved of the way she is handling her job, while 41.2% expressed disapproval. This indicates Tsai’s approval rating is sliding downward after reaching a high point of 54.4% in October.

The survey was conducted from Nov. 22-23, with a sample size of 1,078, and respondents were contacted by telephone by live interviewers. The sampling error is plus or minus 2.98 percentage points with a 95% level of confidence.