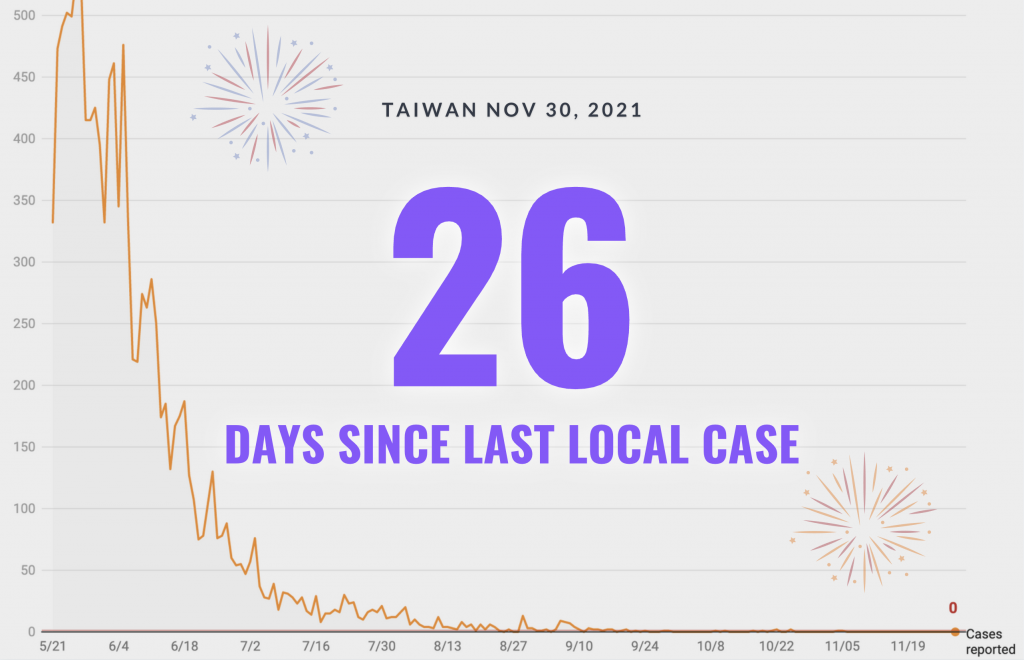 CECC Spokesman Chuang Jen-hsiang (莊人祥) announced five imported cases and no new local infections for the 26th day in a row. The command center did not announce any deaths, leaving the COVID death toll at 848.