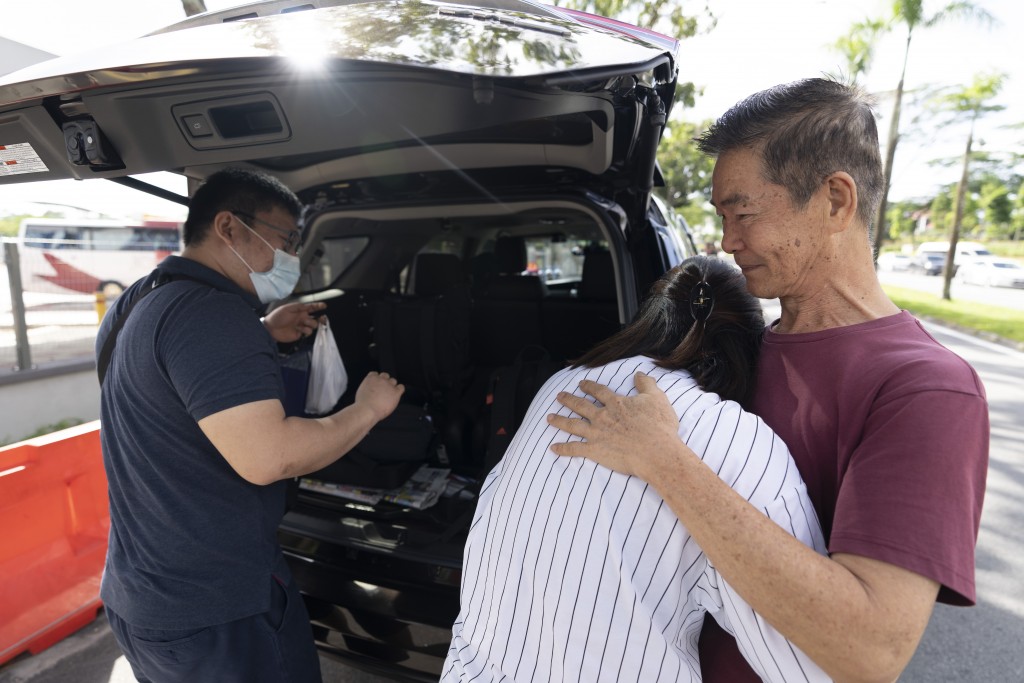 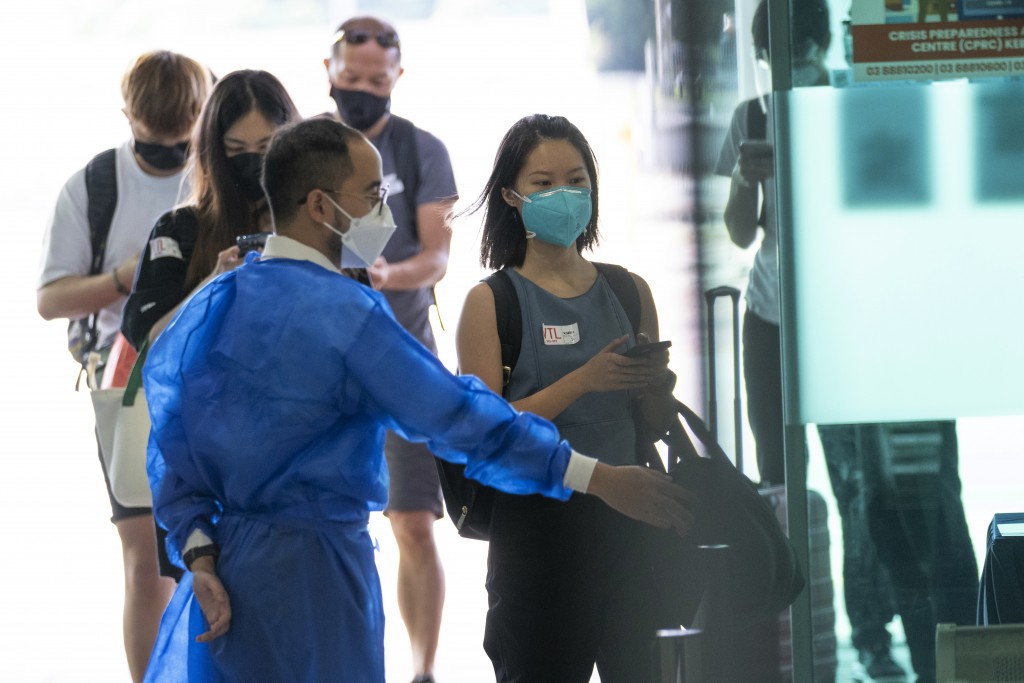 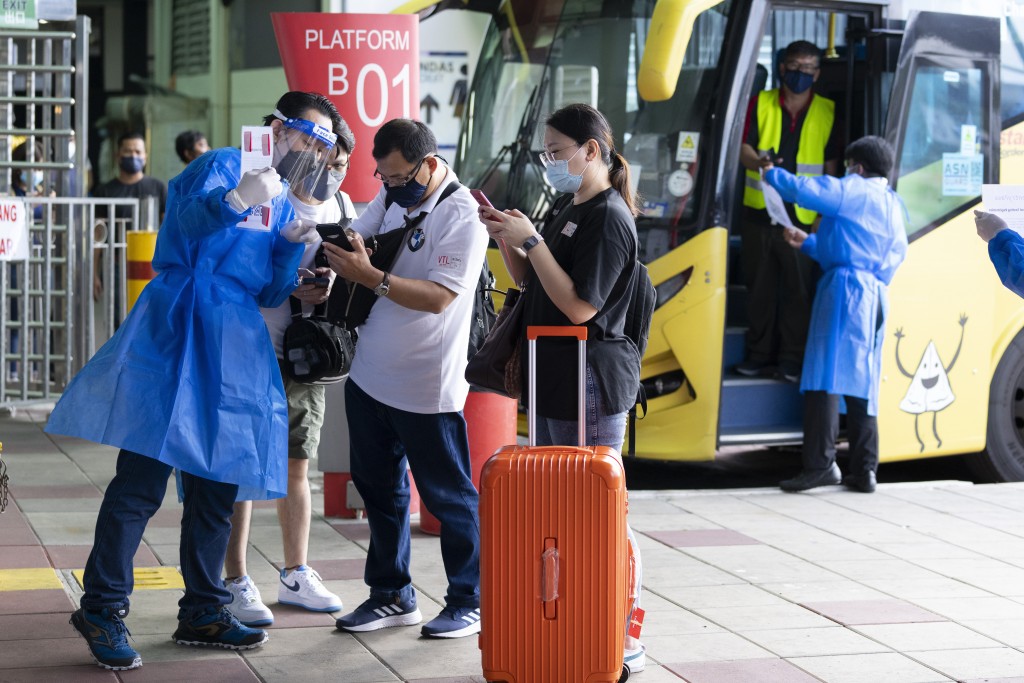 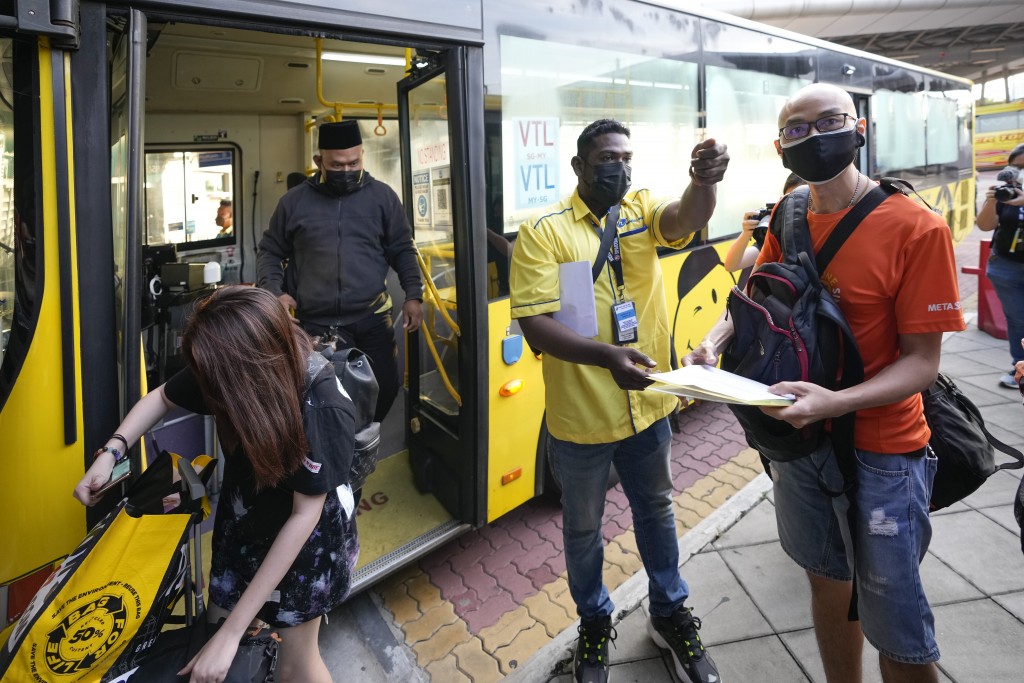 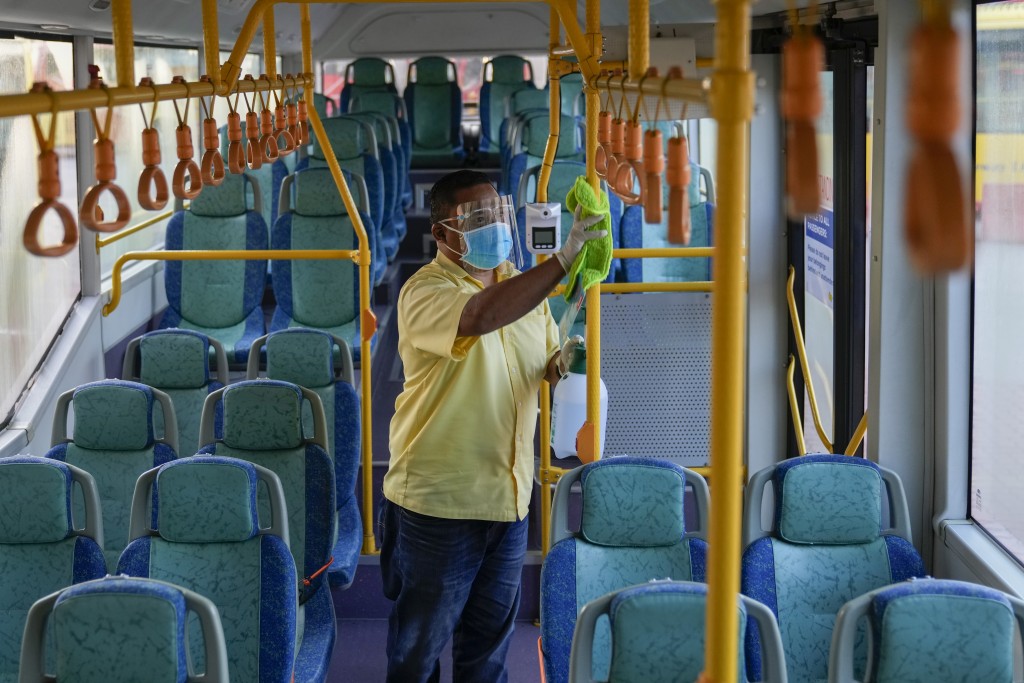 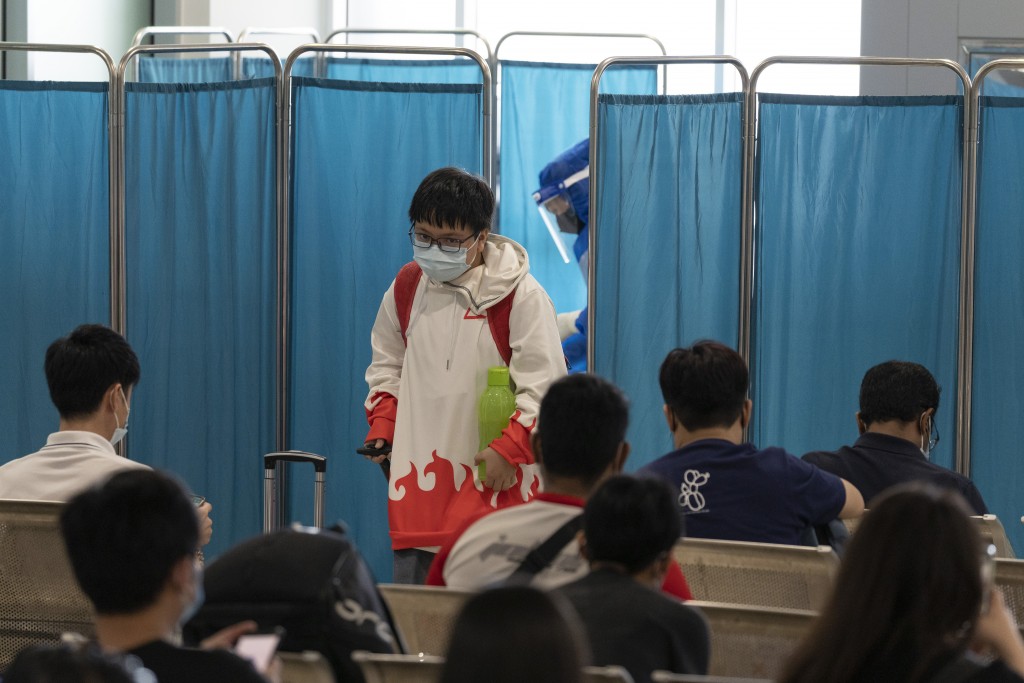 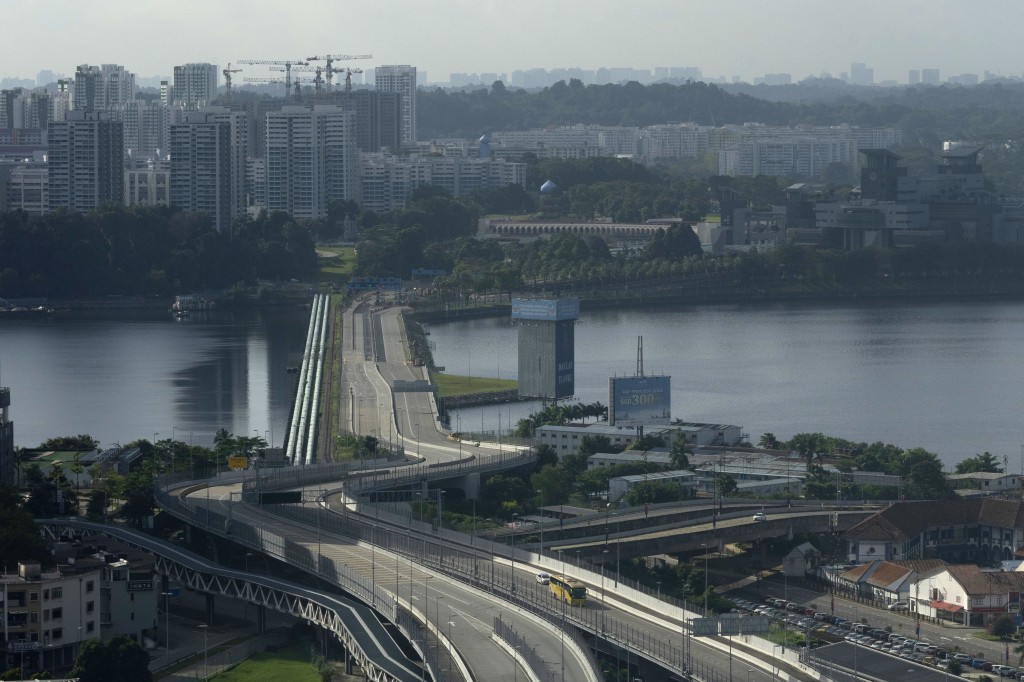 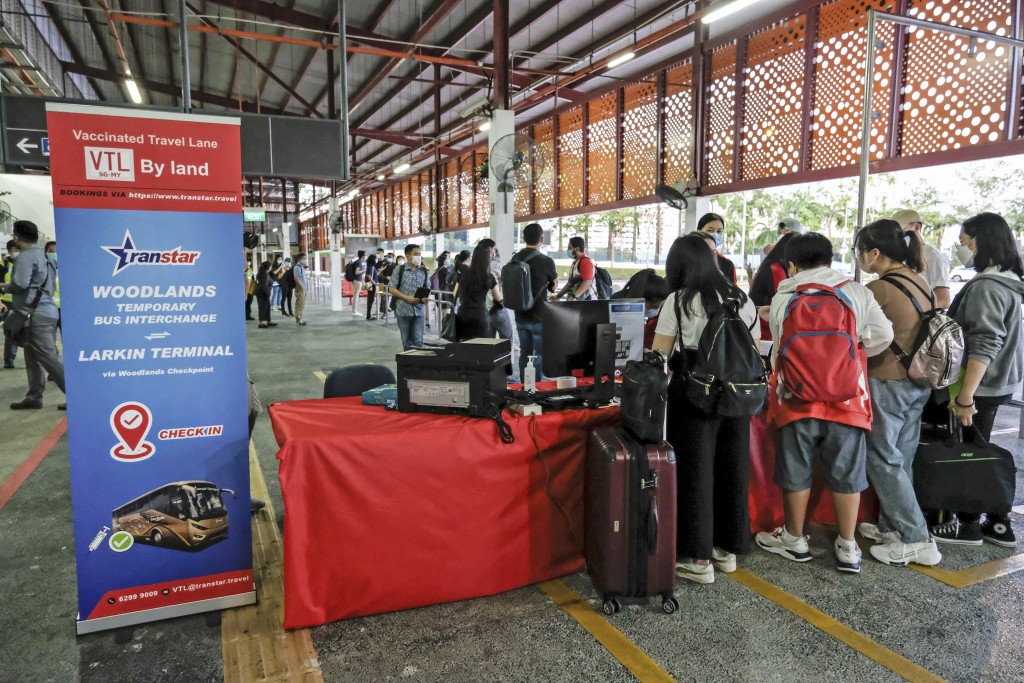 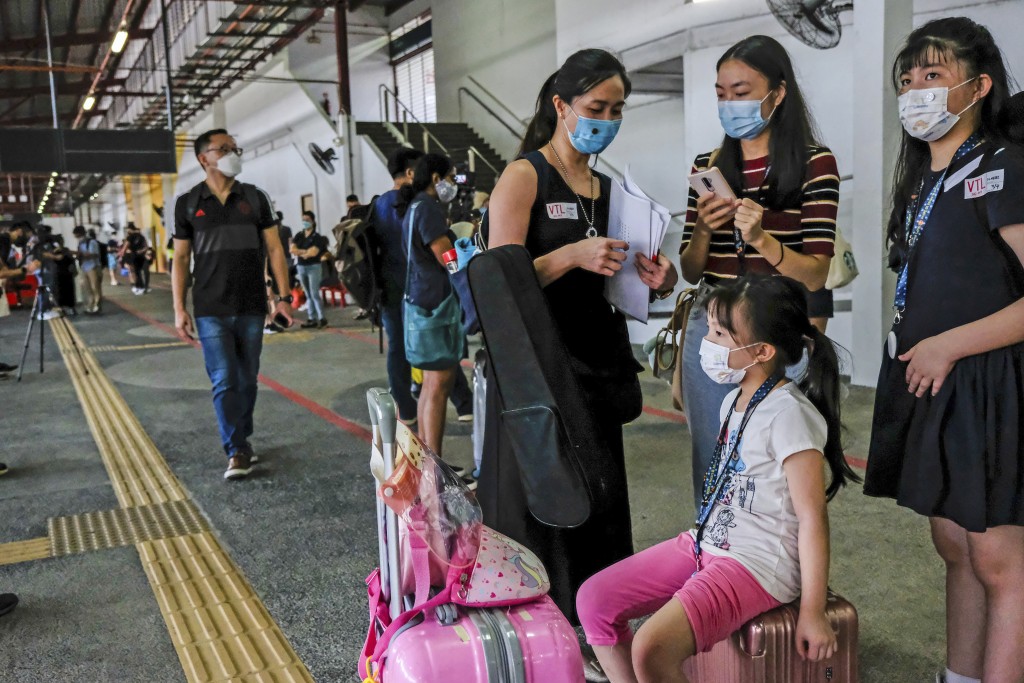 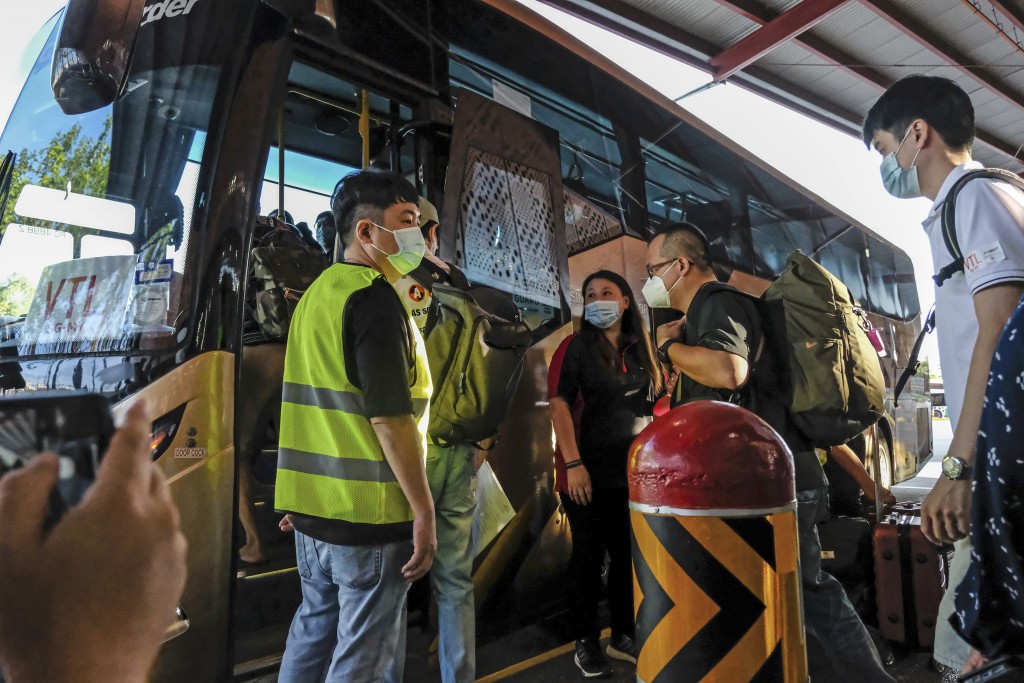 JOHOR BAHRU, Malaysia (AP) — Malaysians working in Singapore held joyful reunions with their loved ones after returning to their homeland on Monday following the partial reopening of a land border that has been shuttered for nearly two years due to the pandemic.

Buses ferried fully vaccinated passengers across the Causeway Bridge that connects the island of Singapore with the Malaysian peninsula, with strict measures in place including pre-departure and on-arrival COVID-19 tests.

Malaysian Health Minister Khairy Jamaluddin tweeted that a COVID-19 case was detected during the screening in southern Johor state, but didn't elaborate. “As we safely reopen our borders, there will be positive cases at points of entry. Risk assessment, isolation and monitoring close contacts will become the norm," he said.

Under the first phase, only 1,440 travelers who must be citizens, permanent residents or long-term pass holders are allowed from each side per day. The Causeway was one of the world’s busiest land borders before the pandemic struck. Air travel also reopened Monday with fewer restrictions, allowing anyone who is fully vaccinated to travel quarantine-free between the two countries.

“It's already since one year plus, I never meet her and when I see her today, I'm happy, I'm very happy," retiree Siva Ganesan said after greeting his wife, Uma Devi Balakrishnan, at the bus terminal in southern Johor state. His wife works as a cleaner in Singapore and was stranded when borders were shut.

A Malaysian man kissed and hugged his baby whom he met for the first time, while another woman sank tearfully into her father's arms. More than 100,000 Malaysians were believed stuck in the island-state after the border closed in March 2020.

“It's surreal, doesn’t feel real at all because it's been a while not coming home," said Malaysian Cheong Weng Yin. "I have been feeling very nervous until I set foot here.”

Across the border, Chua Pei Sze and her two daughters, age 10 and 7, were first in line for the first bus heading to Malaysia. “Finally we can get to bring my daughters to see their grandmother in person ... video calls just aren’t enough,” said the 43-year-old, who works in the shipping industry.

Kavin Raj, 24, said he will surprise his family because they weren't aware that he managed to get a ticket on the first bus. “First thing, I would say, I will have a very good meal in Malaysia,” he said excitedly.

More than 350,000 people crossed the Causeway daily before it was shut, mostly Malaysians working in Singapore due to a favorable exchange rate.

To mark the reopening of their border, Malaysian Prime Minister Ismail Sabri Yaakob drove across the Causeway for an official visit and was greeted by his Singapore counterpart Lee Hsien Loong at the checkpoint.

The two leaders said at a news conference that the limits on land border crossings will be progressively relaxed next month to include general travelers and other modes of transportation than buses. A second land link is also expected to be restored soon.

“We are all watching anxiously to see what the omicron variant of the COVID-19 does and how it will behave," Lee said. “Even if the omicron disrupts these plans, our goal will still be to have more open borders ... and I am quite confident that after some time we will be able to make further progress."

Singapore has vaccinated 85% of its population, and Malaysia nearly 80%.