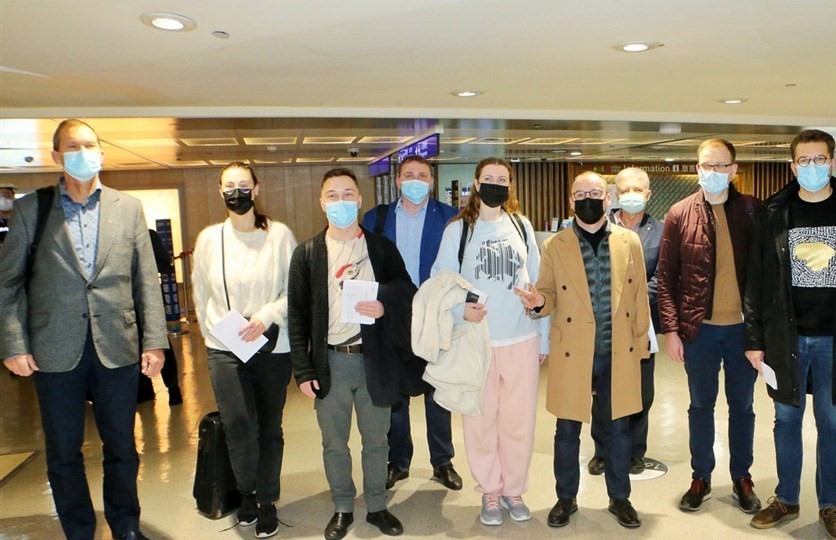 TAIPEI (Taiwan News) — The Baltic parliamentary delegation, which arrived Sunday morning (Nov. 28), has met with President Tsai Ing-wen (蔡英文) on Monday morning and will meet with Legislative Yuan Speaker You Si-kun (游錫堃) in the afternoon.

During the meeting, Tsai pointed out that Taiwan and Lithuania inked six memoranda of understanding last month to strengthen cooperation in semiconductors, satellites, and biotechnology. She also said she hoped for more cooperation with Latvia and Estonia.

The president said Taiwan and the Baltic nations share similar experiences breaking free from authoritarian rule and that their democracies are hard-earned. "This is something we understand most profoundly," she said.

The president said that the world faces challenges posed by the expansion of authoritarianism and misinformation, adding that Taiwan is more than willing to share its experience with its Baltic nation friends in order to "safeguard shared values" and "protect our free and democratic way of life."

Tsai mentioned that a Lithuanian representative office is expected to be opened in Taiwan early next year.

Matas Maldeikis, chair of the Lithuanian parliament's Taiwan Friendship Group, said there are many opportunities for the two countries to expand economic and cultural cooperation. A long-term, stable partnership is possible because the countries share the same values of democracy, human rights, and rule of law, he said, adding that this trip is a symbol of solidarity with Taiwan.

The delegation will be participating in the 2021 Open Parliament Forum to be held at Taipei’s Sheraton Hotel from Dec. 2-3. National Democratic Institute (NDI) President Derek Mitchell and regional director of Asia-Pacific Manpreet Singh Anand, and Belizean and Mexican parliamentarians will also be in attendance.

The forum, titled “Open Congress in the Post-epidemic Era: Global Cases of Resilience and Planning beyond 2022," is jointly hosted by the Ministry of Foreign Affairs, Legislative Yuan, NDI, and the Taiwan Asia Exchange Foundation.