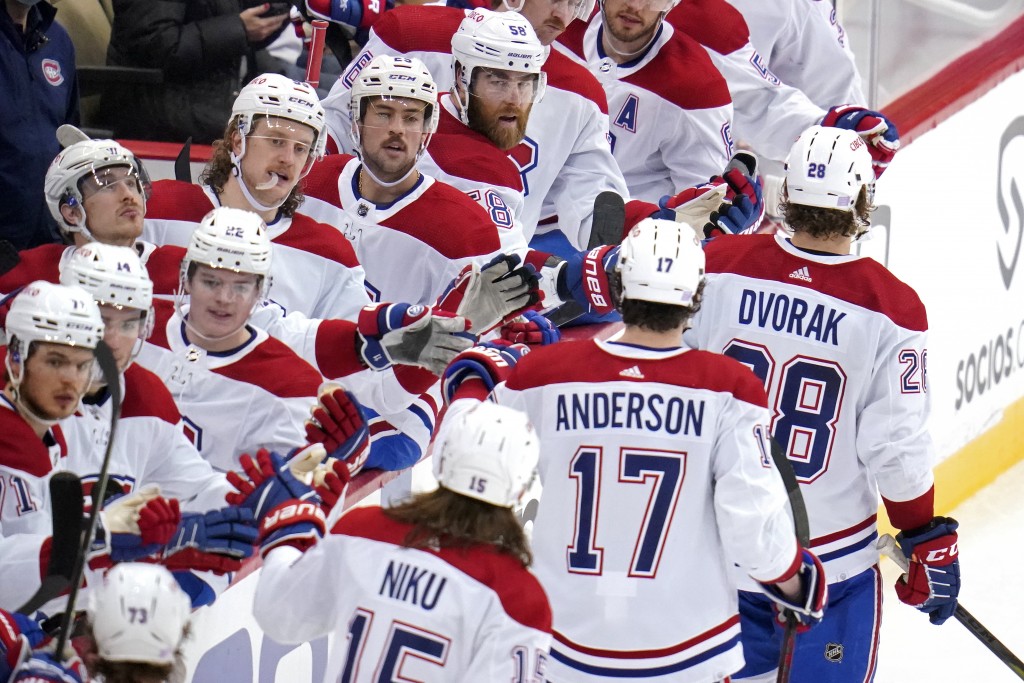 The Canadiens announced Bergevin’s dismissal along with those of assistant GM Trevor Timmins and Paul Wilson, senior vice president of public affairs and communications.

“Their relentless work allowed our fans to experience many memorable moments, including last summer’s playoff run that culminated with the Stanley Cup Final," team owner Geoff Molson said in a statement. “I think, however, that the time has come for a leadership change within our hockey operations department that will bring a new vision and should allow our fans and partners to continue cheering for a championship team.”

The Canadiens said Jeff Gorton will serve as executive vice president of hockey operations as the team searches for a new general manager. Bergevin was in his 10th season as the team’s GM.

“Montreal is the city where I took my first skating strides and it’s also the city where I learned to lead the NHL’s winningest franchise,” Bergevin said in a statement. “This city and this organization will always have a special place in my heart.

“That said, and despite the fact that this journey is coming to an end, I am proud of the legacy I’m leaving within the organization. The current team is much better than the results show, and I am convinced that my successors will be able to rise to the challenge.”

Montreal has a 6-15-2 record this season and is ahead of only the New York Islanders and Ottawa Senators in the Eastern Conference standings.

Bergevin’s long-term status with the team had been a question since he entered the season on an expiring contract.

Still, this wasn’t the start to the season the Canadiens were expecting as the team went into the campaign fresh off an unexpected run to their first Stanley Cup Final appearance since winning it all in 1993.

Backed by the goaltending of Carey Price, the Canadiens came back from a 3-1 deficit to upset the Toronto Maple Leafs in the first round of the playoffs. They followed with a sweep of Winnipeg in the North Division final and a win over Vegas in the conference final before losing to two-time Stanley Cup champion Tampa Bay in the final.

Instead, the Canadiens had an offseason to forget and started the campaign without Price and captain and defensive stalwart Shea Weber in the lineup.

Price voluntarily entered the joint NHL and NHL Players’ Association’s assistance program during training camp. He has since revealed he entered a residential treatment facility for substance use. Weber, meanwhile, is on the long-term injury reserve list with a foot/ankle injury and could be out for the entire season.

Meanwhile, the Canadiens have had to weather not only Price’s absence but injuries to top backup Jake Allen.