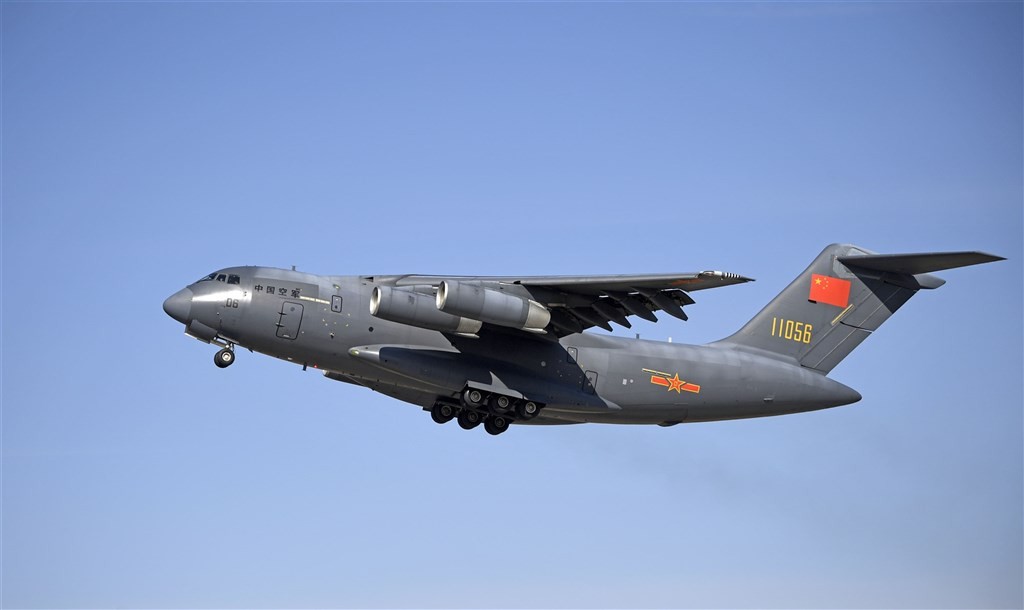 At 7:30 p.m. on Sunday evening, the MND reported that eight Shenyang J-16 fighters, six Chengdu J-10 fighters, four Shenyang J-11 fighters, five Xi'an H-6 bombers, one Shaanxi Y-9 electronic warfare aircraft, two KJ-500 airborne early warning and control aircraft (KJ-500 AEW&C), and one Xi'an Y-20U aerial tanker had infringed on Taiwan's ADIZ. The latter is significant because this is the first time that the MND had reported the presence of the tanker on a refueling mission in Taiwan's ADIZ.

Four J-11s, two J-10s, and six J-16s flew sorties in the southwest corner of Taiwan's ADIZ, just to the northeast of the Dongsha Islands, while the remaining aircraft flew in a large "v" pattern from the southwest corner of the ADIZ to the southeast corner and back. The MND said that it responded by scrambling combat patrol aircraft, issuing radio warnings, and deploying air defense missile systems.

The Y-20U is a new version of the Y-20 military transport aircraft modified for aerial refueling. It is believed to have three refueling points, can carry 60 tons of fuel, and uses the hose and drogue method to refuel Chinese warplanes, according to DefenseNews.

The appearance of the tanker is significant because aerial refueling was considered a weak point of the People's Liberation Army Air Force (PLAAF). The addition of such aircraft could greatly extend the range of China's fighters, bombers, and transport planes.

The largest cluster of Chinese warplanes ever seen in the zone began on Oct. 1, China's National Day, when a record 38 Chinese military aircraft violated Taiwan's ADIZ, though this was quickly surpassed by 39 more People's Liberation Army Air Force (PLAAF) planes the next day. An additional 16 PLAAF aircraft appeared on Oct. 3, and another record-shattering 56 planes breached the zone on Oct. 4, bringing the four-day total to 149 warplanes.