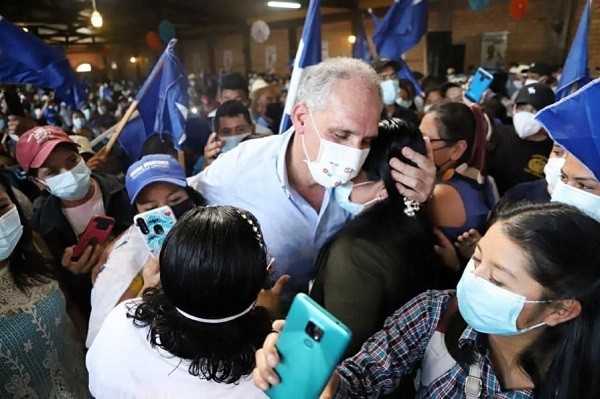 TAIPEI (Taiwan News) — Honduras kicked off its elections on Sunday (Nov. 28), with not only the future of the Central American nation but also its status as one of Taiwan's 15 remaining diplomatic allies at stake.

Castro, the wife of ousted former President Manuel Zelaya, is riding a populist wave of discontent amid high unemployment, corruption among the country's elite, and irregularities in the last election. After trailing Asfura by several points in the polls for months, she got a boost when fellow candidate and former running mate Salvador Nasralla dropped out and endorsed her. In recent weeks, she has led by double digits.

Castro has pledged to initiate commercial and diplomatic ties with China if elected.

National Party Secretary of Communications Kilvett Bertrand told Taiwan News that the Tegucigalpa mayor plans to stick to Taiwan. Bertrand pointed out that this year marks the 80th anniversary of ties that have greatly benefited the Latin American nation, most recently through Taiwan's contributions of masks and other supplies during the pandemic.

Juan Orlando Hernandez's unannounced visit earlier this month and the Made-in-Taiwan masks Asfura wears at rallies signify their esteem for the East Asian ally, Bertrand continued, stressing that Taiwan is democratic and the National Party is pro-democracy — unlike China.

A decade and a half ago, Taiwan enjoyed relations with all seven nations of the Central American isthmus. Then Costa Rica broke for China in 2007. Panama and El Salvador were next in 2017 and 2018, respectively, amid China's ramped-up campaign to isolate Taiwan following its election of Democratic Progressive Party President Tsai Ing-wen (蔡英文).

Yet situated as Honduras is in the U.S.' backyard and with remittance payments comprising 23.4% of its economy, Honduran officials know they risk Washington's wrath over cozying up to its rival, Bertrand explained.

Asked whether American Assistant Secretary of State for Western Hemisphere Affairs Brian Nichols brought up Taiwan relations during his visit to Tegucigalpa last week, a State Department spokesperson told Taiwan News that the U.S. “makes it clear in our engagements that Taiwan's relationships with countries in the region, including Honduras, reinforce the hemisphere's democratic values and support sustainable development.” 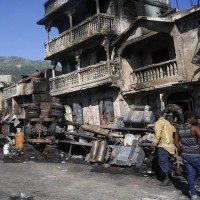 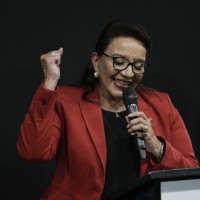