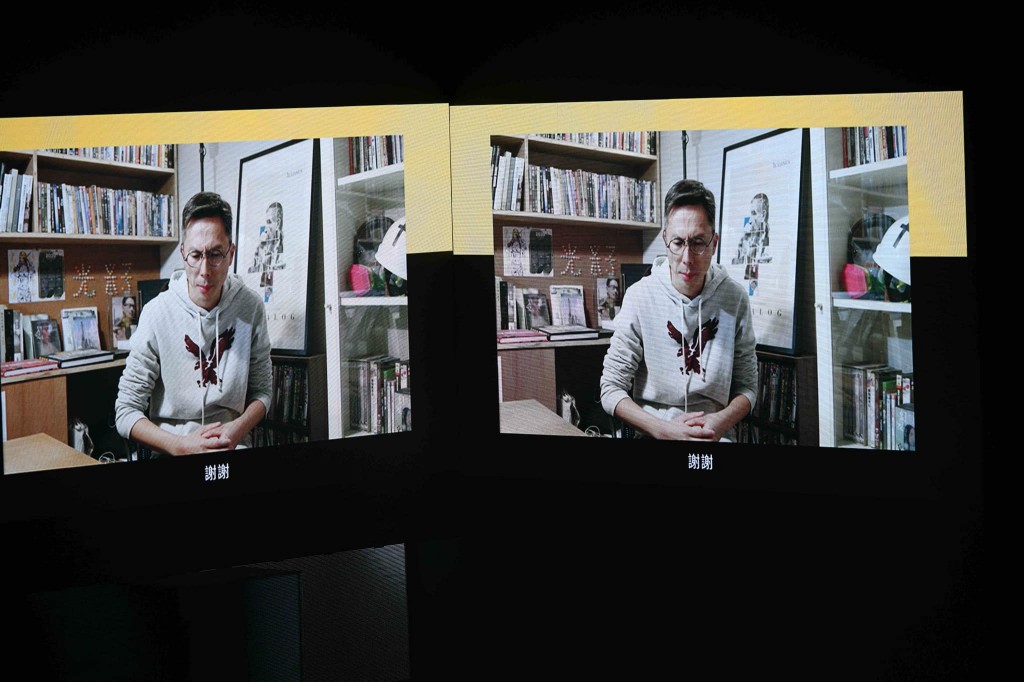 In a Facebook post, Tsai wrote, “The 58th Golden Horse Awards took place tonight, and we saw once again at the award ceremony the freest, unrestrained works of film.”

“I hope that Taiwan’s Golden Horse Awards aren’t just home to filmmakers but also to all free artists; thank you to all the hardworking storytellers!” Tsai wrote.

Meanwhile, “Revolution of Our Times” became the hottest topic in Hong Kong following its best documentary win, according to CNA. Netizens thanked Taiwan in posts as well as praised director Kiwi Chow (周冠威), who gave his acceptance speech via pre-recorded video.

“Thank you, Taiwan; thank you, Golden Horse Awards. In the end credits of ‘Revolution of Our Times,’ I wrote that it is ‘a film by Hongkongers.’ I really hope that this film can belong to all Hongkongers that have a conscience, believe in justice, and shed tears for Hong Kong,” Chow said. “While making this film, I cried many times. So many times. This film became a place for me to self-console — to vent my anger, my hatred, to face my fears and traumas.”

In Hong Kong, there was no broadcast or livestream of the Golden Horse Awards ceremony, and mainstream media also avoided any mention of “Revolution of Our Times” while reporting on the event. Many Hong Kong netizens lamented that there is no way for them to see the film.

Kuomintang party Chair Eric Chu (朱立倫) also took to Facebook to celebrate the awards. However, the post’s failure to mention “Revolution of Our Times” immediately drew attention from Taiwanese. They highlighted the film’s top place in the “Audience Choice” rankings and admonished him for not daring to touch on the subject for fear of offending the Chinese Communist Party.