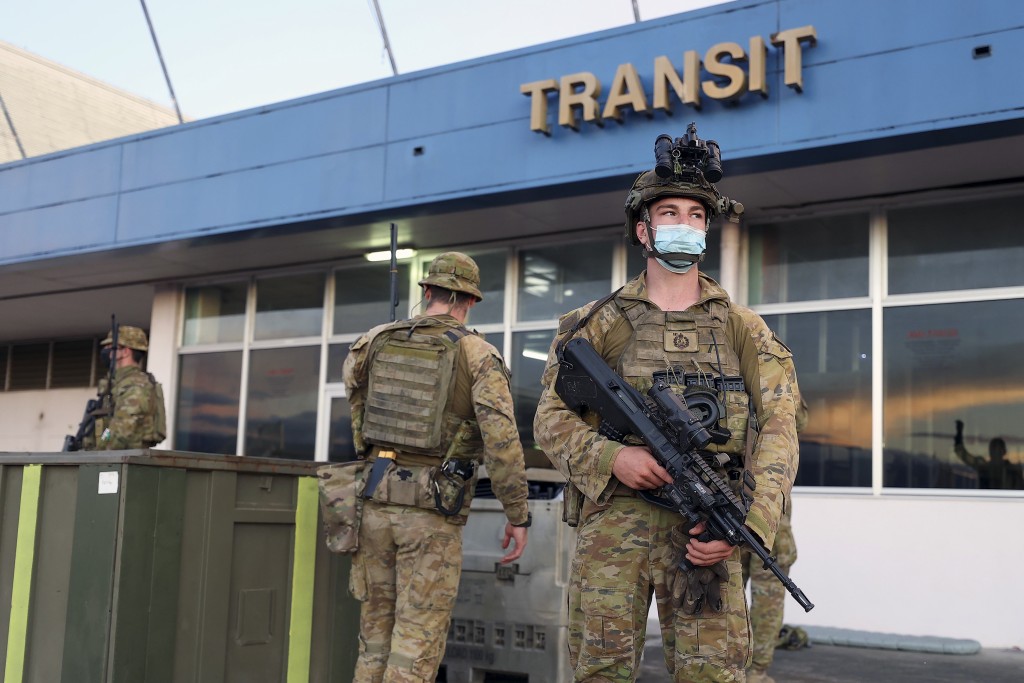 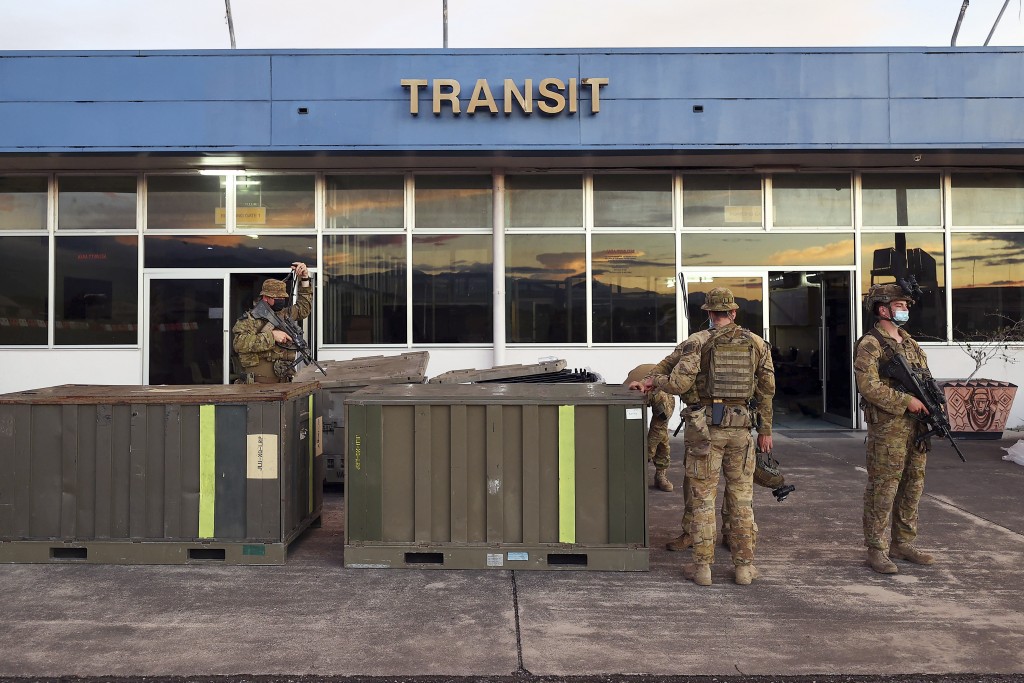 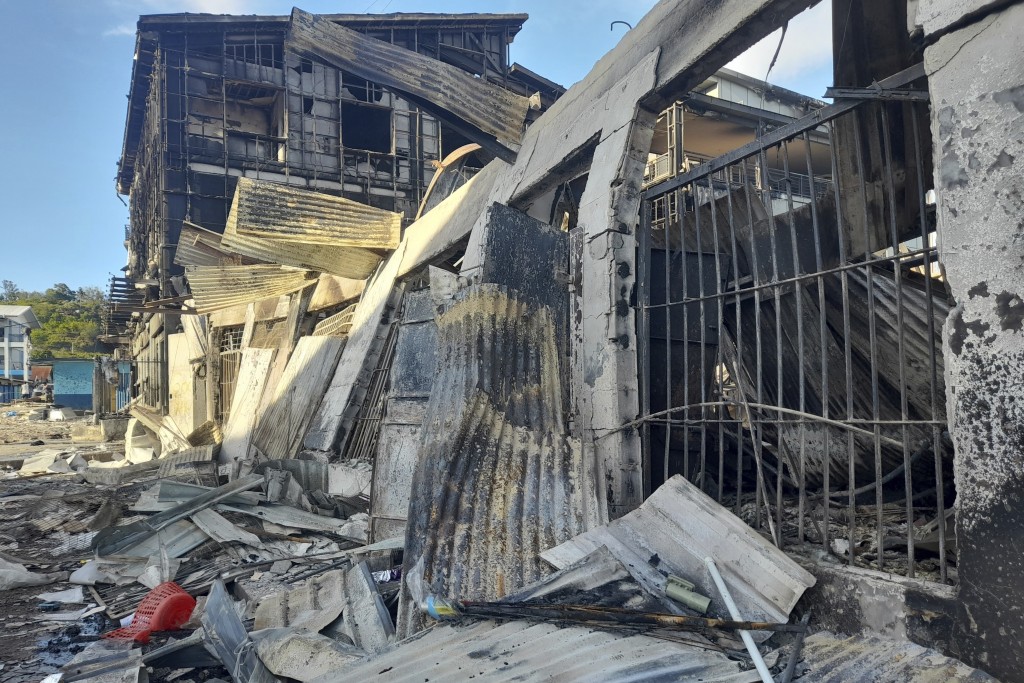 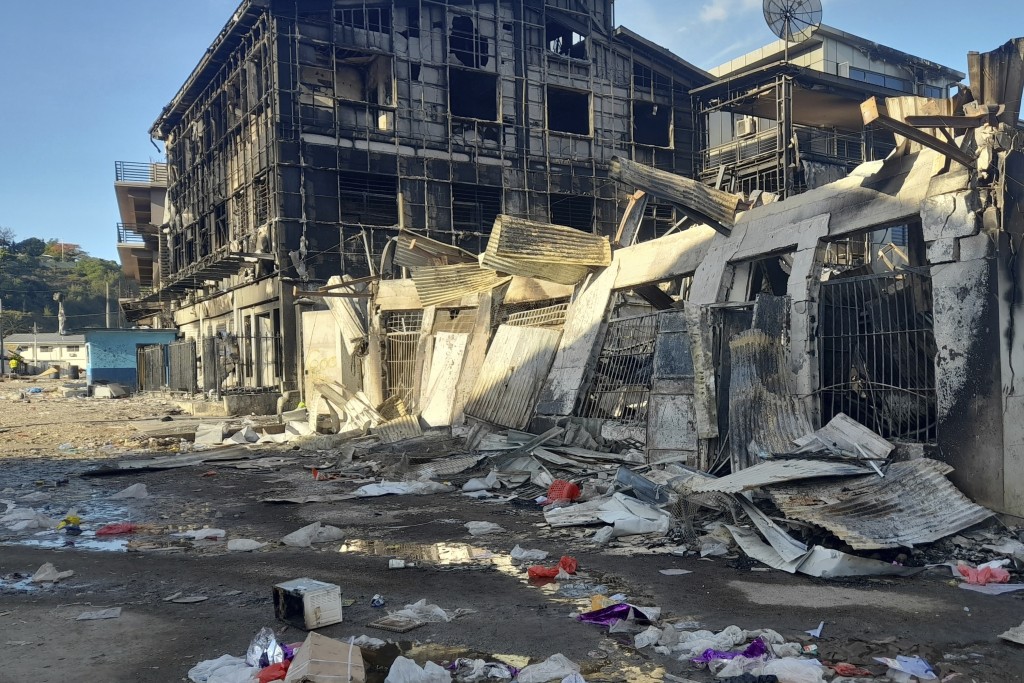 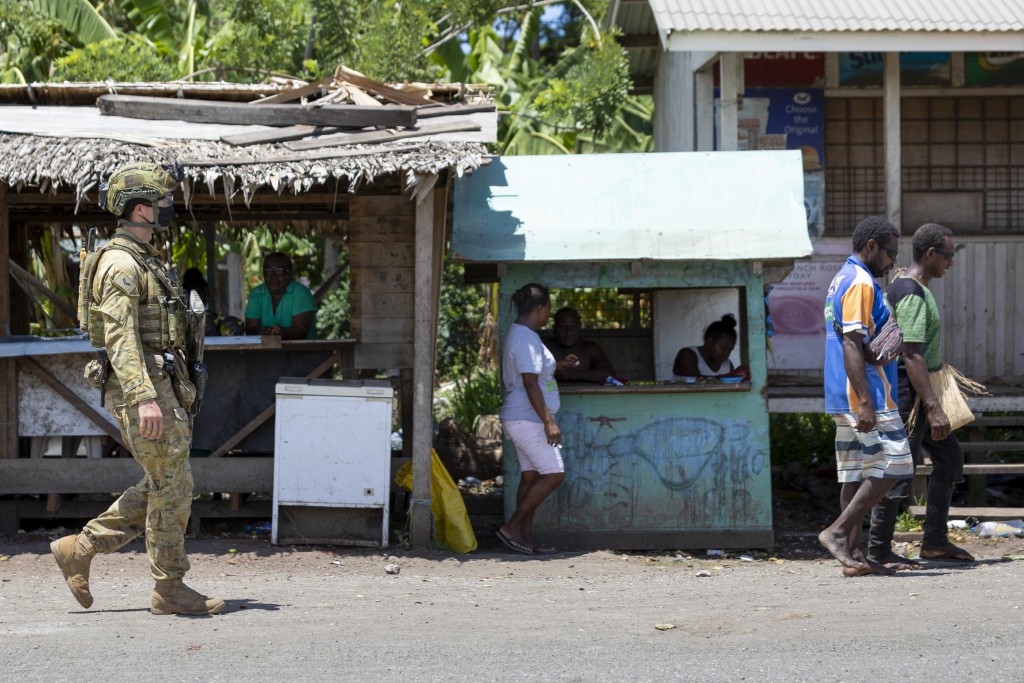 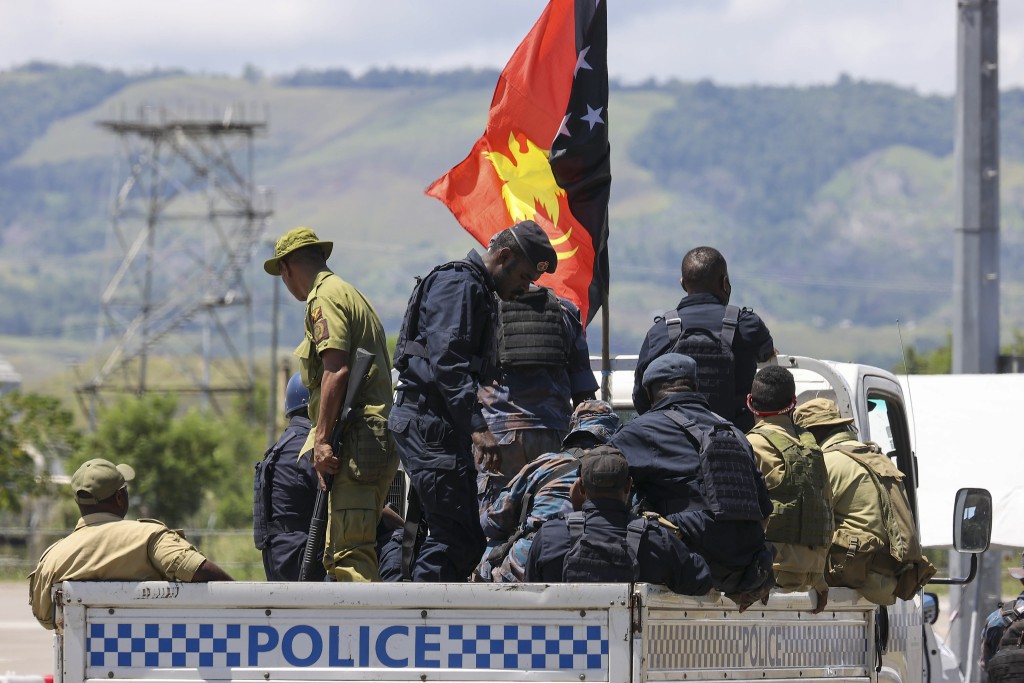 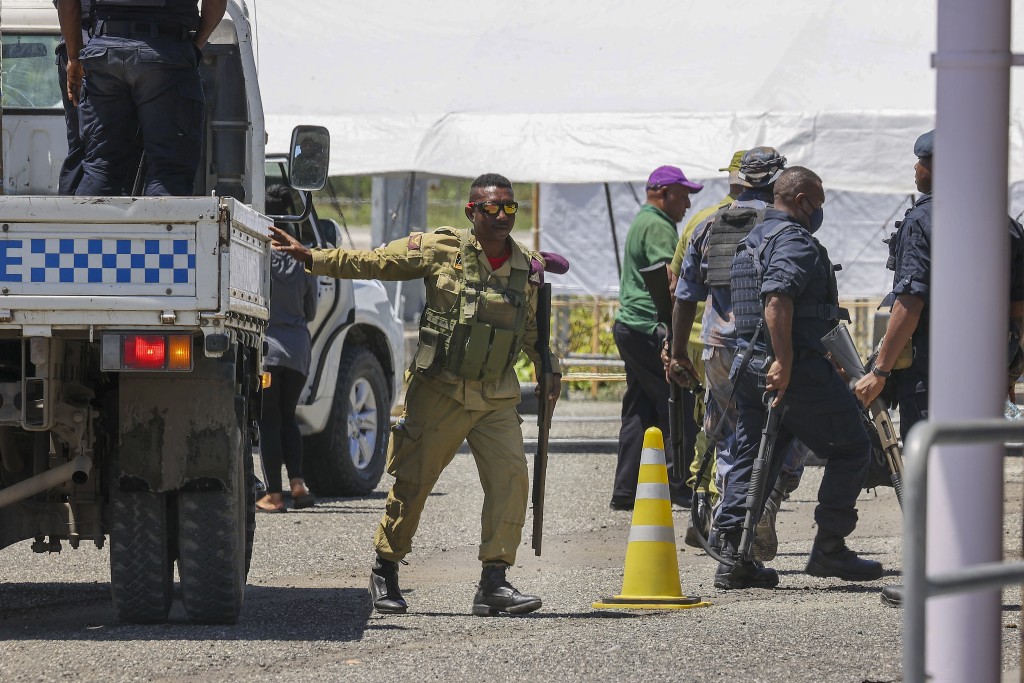 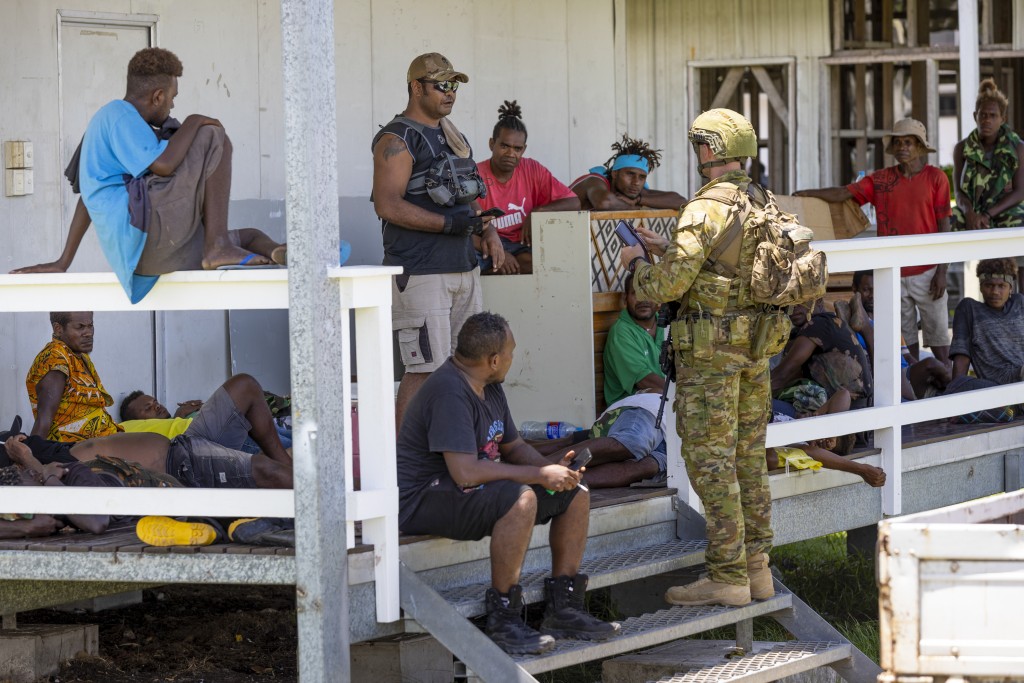 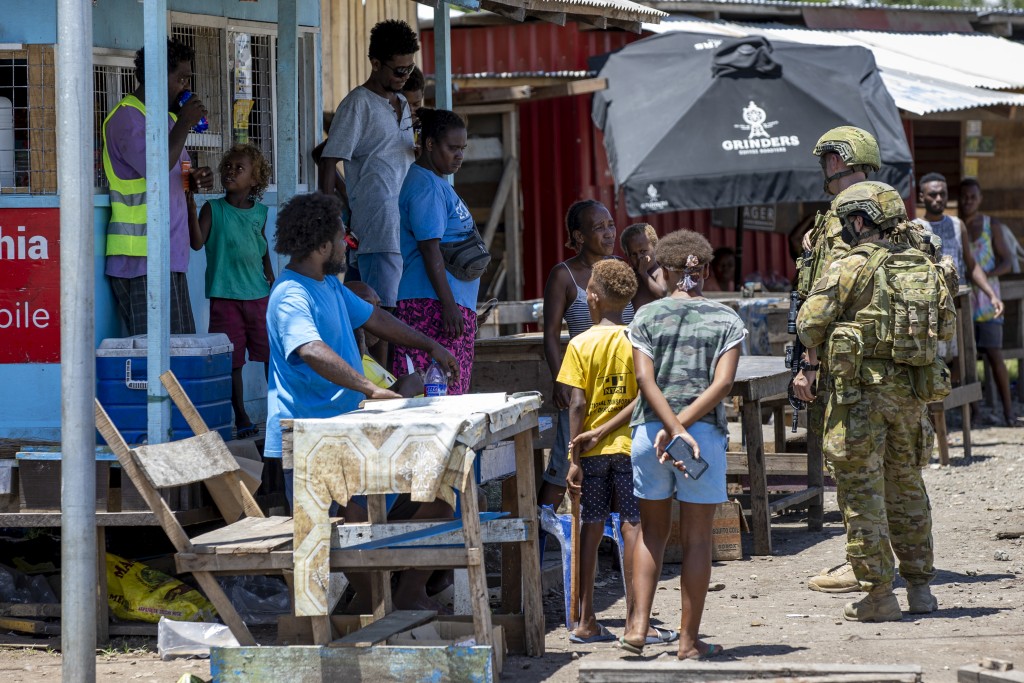 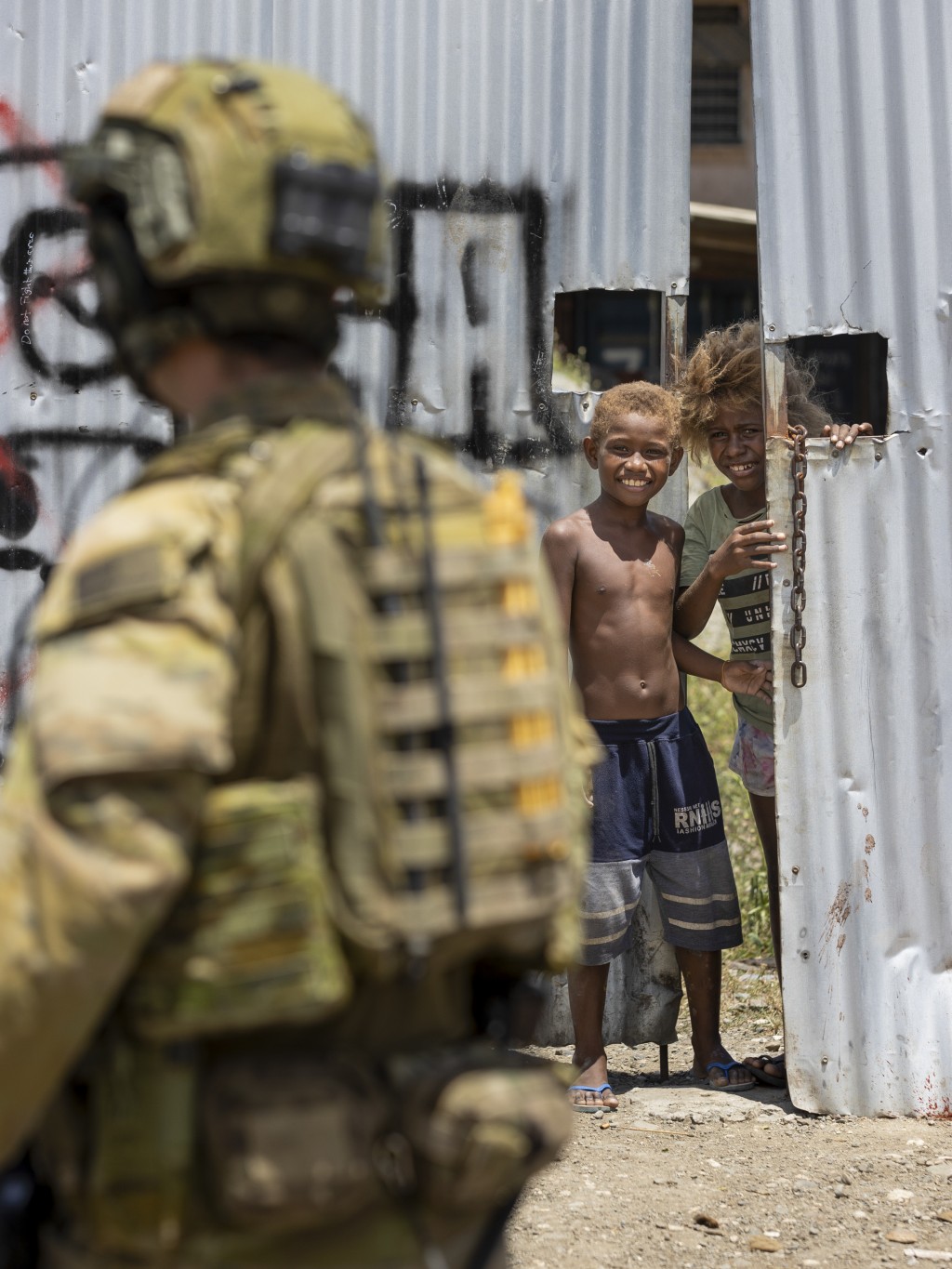 CANBERRA, Australia (AP) — Solomon Islands police found three bodies in a burned-out building and arrested more than 100 people in this week's violence sparked by concerns about the Pacific nation's increasing links with China.

Australian media reported the bodies were recovered late Friday after riots and protests subsided. No other details were given.

Authorities imposed a curfew in the capital Honiara, after a 36-hour lockdown ordered by the embattled Prime Minister Manasseh Sogavare ended Friday.

Sogavare blamed outside interference for stirring up the protests calling for his resignation, with a thinly veiled reference to Taiwan and the United States.

Sogavare has been widely criticized by leaders of the country’s most populous island of Malaita for a 2019 decision to drop diplomatic ties with Taiwan in favor of mainland China. Beijing claims the self-ruled island of Taiwan as part of its territory.

His government, meanwhile, has been upset over millions in U.S. aid promised directly to Malaita, rather than through the central government on the largest island of Guadacanal, where Honiara is located. The two islands have been rivals for decades.

Andrew Yang, a professor at Taiwan’s National Sun Yat-sen University and former deputy defense minister, said China’s efforts to win diplomatic recognition from the Solomon Islands are part of a competition for regional dominance with the United States and its ally, Australia.

The Solomon Islands, with a population of about 700,000, are about 1,500 kilometers (1,000 miles) northeast of Australia. They are best known for the bloody fighting that took place there during World War II between the United States and Japan.

Riots and looting targeting Hoinara's Chinatown and downtown precincts erupted Wednesday out of a peaceful protest in the capital by people from Malaita. Police fired tear gas and rubber bullets at the demonstrators, who set fire to the National Parliament, a police station and many other buildings.

Critics also blamed the unrest on complaints of a lack of government services and accountability, corruption and Chinese businesses giving jobs to foreigners instead of locals.

Since the 2019 shift in allegiance from Taiwan to China, there has been an expectation of massive infrastructure investment from Beijing — locally rumored to be in the range of $500 million — but with the outbreak of the COVID-19 pandemic shortly after the shift, none of that has yet materialized.

Malaita threatened to hold a referendum on independence over the issue, but that was quashed by Sogavare’s government.

A plane carrying Australian police and diplomats are in Honiara to help local police restore order. Up to 50 more Australian police and 43 defense force personnel were also deployed following a request by Sogavare under a bilateral treaty with Australia. The presence of an independent force, though small, seemed to help quell some of the violence.

“(Guterres) calls for an end to the violence and the protection of hard-won peacebuilding gains. He urges dialogue and ceful means to address differences,” Haq said in a statement on Friday.