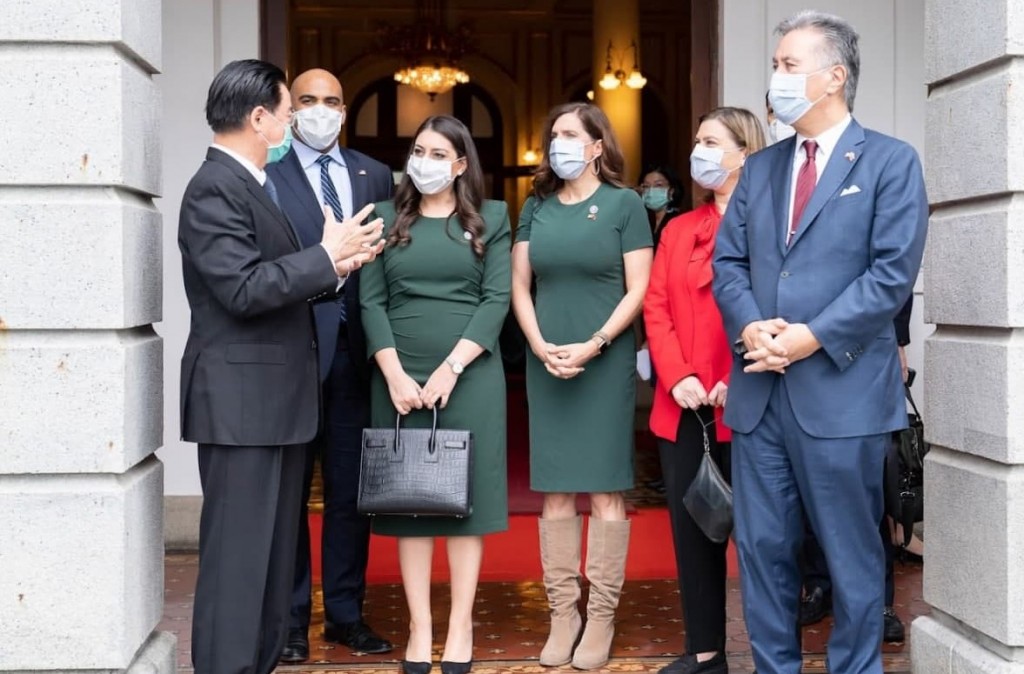 On Friday evening, Wu hosted a banquet for the 17-member group, led by U.S. Representative Mark Takano, before it departed Taiwan. The foreign minister praised bilateral relations as being “rock solid” and added the U.S. has repeatedly affirmed Taiwan is a successful democracy and a major economic and security partner, according to a Ministry of Foreign Affairs (MOFA) press release.

Taiwan looks forward to deepening cooperation with the U.S. and contributing to the international community, Wu said.

Takano praised the courage and determination of Taiwanese with regard to defending democracy and noted Taiwan's achievements in protecting the rights and interests of the LGBT community. This demonstrates that Taiwan attaches great importance to human rights, he said.

The delegation's one-day itinerary included meeting with Veterans Affairs Council Chairman Feng Shih-kuan (馮世寬) to share views on important issues in Taiwan-U.S. relations and visiting the Hutoushan Innovation Hub in Taoyuan to learn about the development of Taiwan's new industries, per the MOFA press release.

The foreign ministry pointed out this is the first time since the pandemic that a bipartisan U.S. representative delegation has visited Taiwan. The ministry expressed gratitude to the group and said it will continue working with the U.S. to deepen the partnership between the two nations.