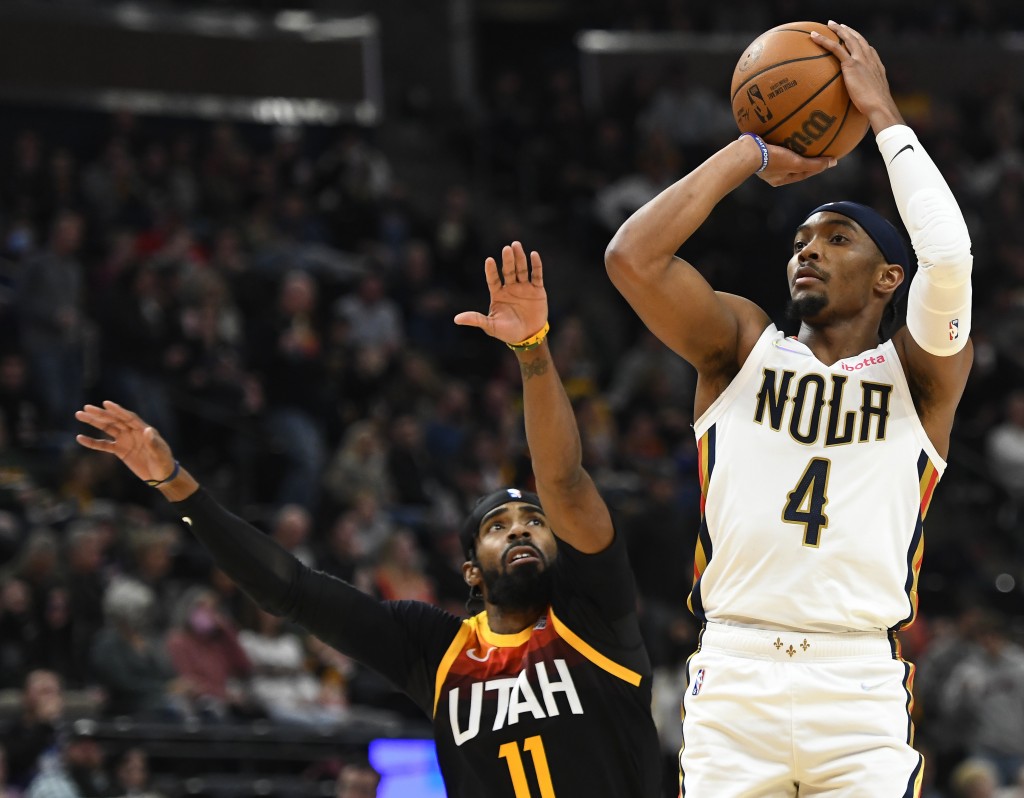 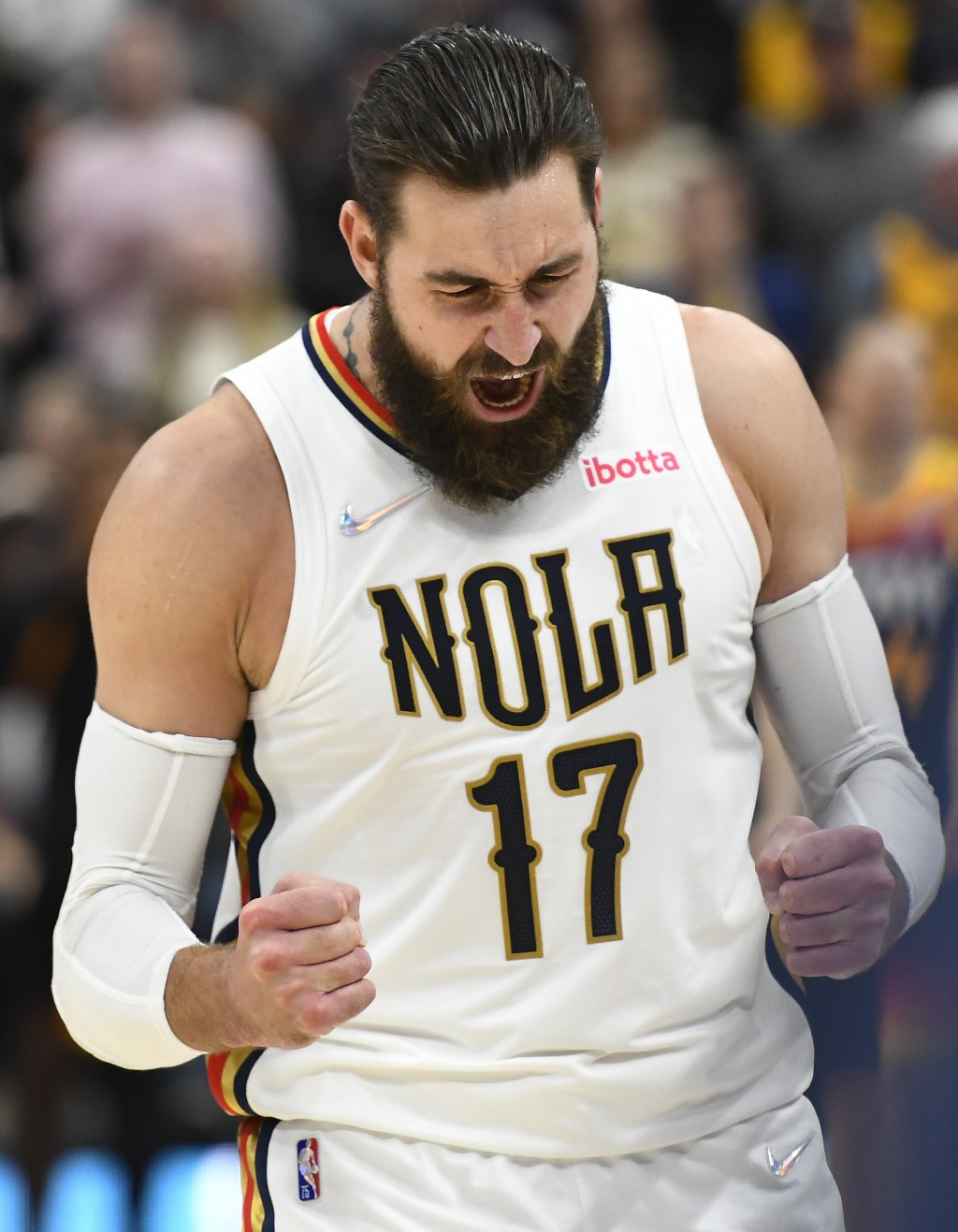 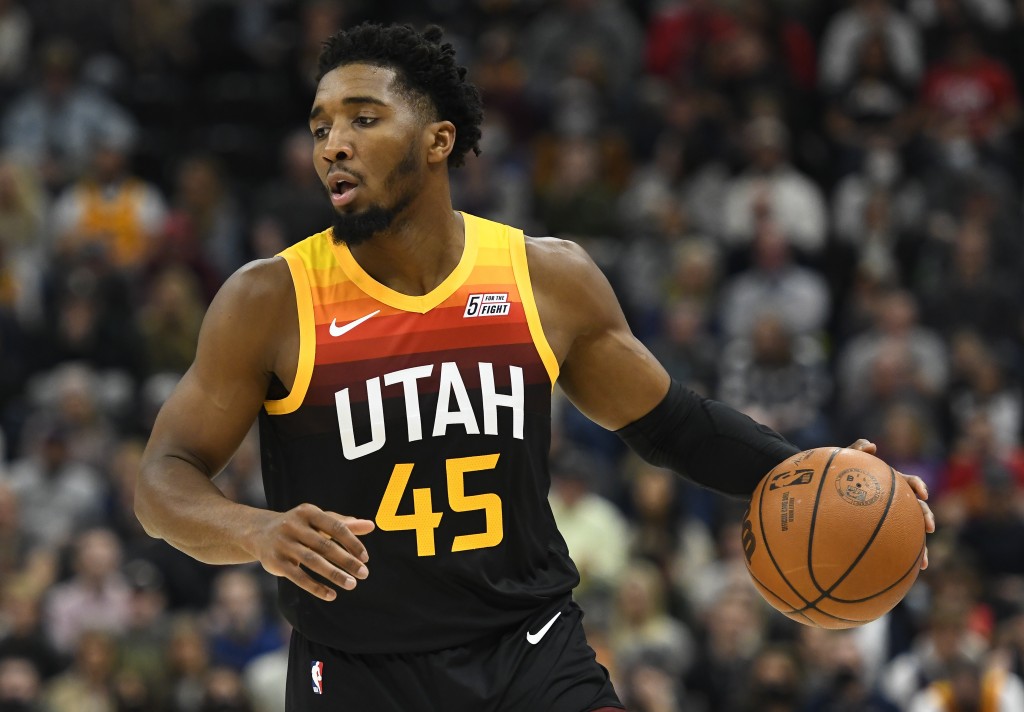 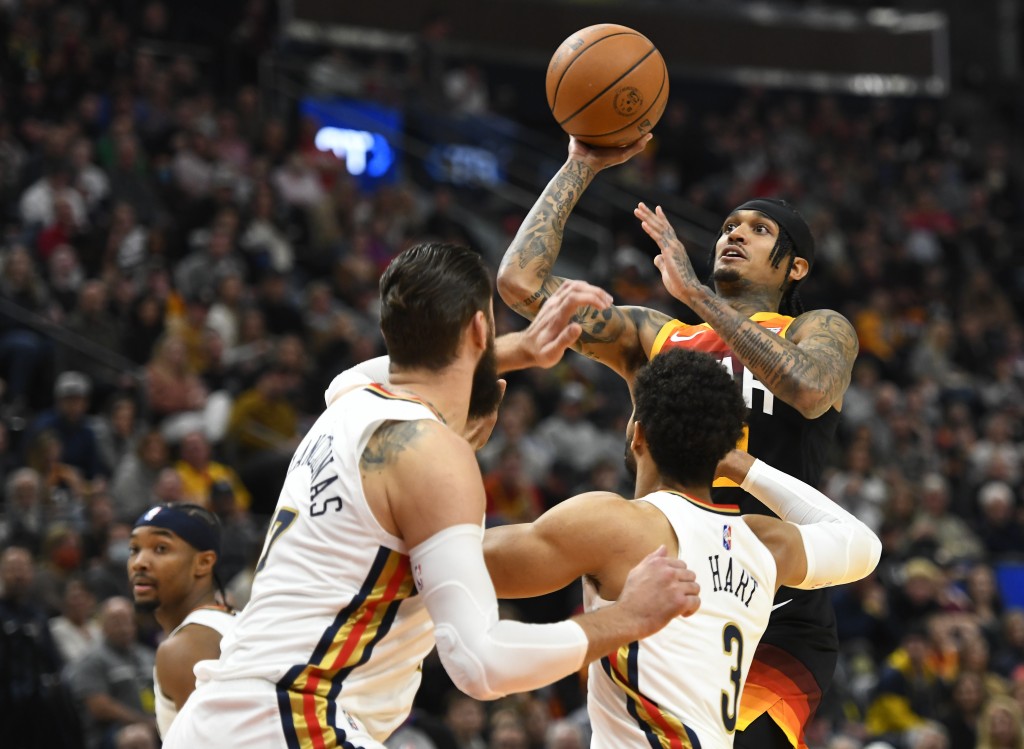 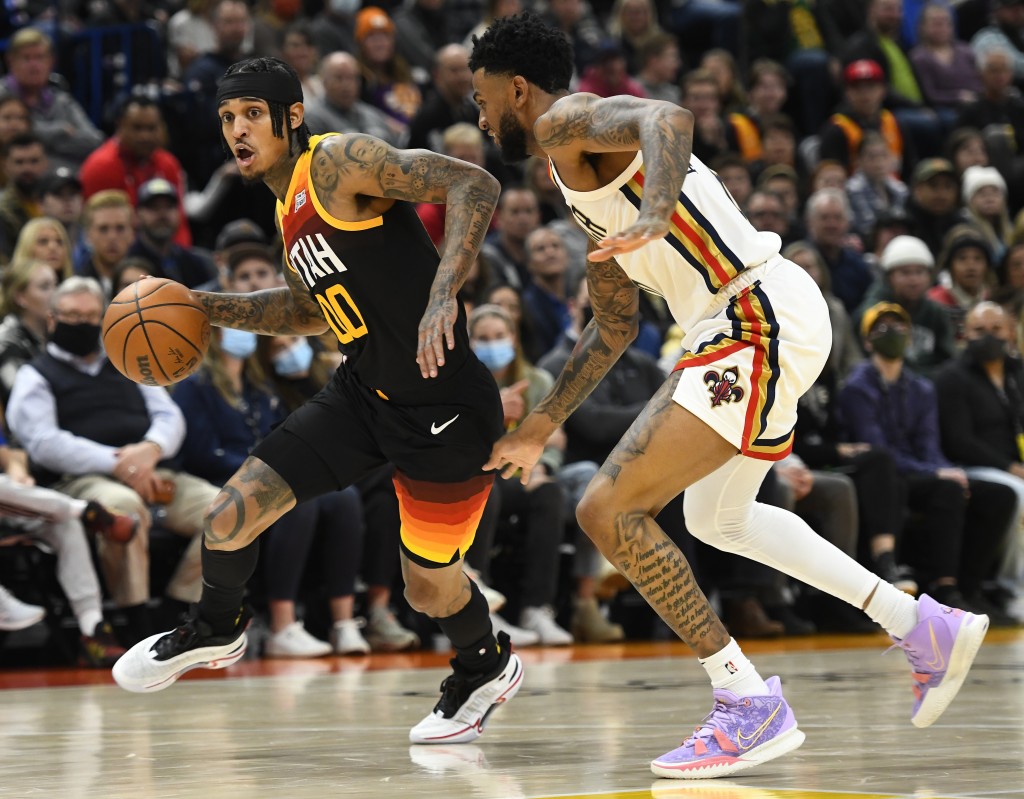 SALT LAKE CITY (AP) — Devonte’ Graham made a go-ahead 3-pointer with 1.9 seconds to lift the New Orleans Pelicans to a 98-97 victory over the Utah Jazz on Friday night.

New Orleans won for the first time this season when trailing at the start of the fourth quarter.

“We fought all four quarters,” center Jonas Valanciunas said. “We responded to their physicality. We guarded well down the stretch, especially in the fourth quarter. It was huge for us. We need those kinds of games.”

After trailing by as many as 11 points in the first half, the Pelicans surged ahead in the fourth quarter and took a 91-85 lead on a layup by Herbert Jones with 4:45 left.

The Jazz rallied and went back in front on back-to-back baskets by Mitchell. Conley followed with a layup and Rudy Gobert added a free throw, giving Utah a 97-93 lead with 37.5 seconds remaining.

Utah could not hang on. Ingram made a pair of free throws and Graham hit the 3 in transition after Mitchell missed a driving layup in the final seconds.

“I wanted to win,” Graham said. “I didn’t want to go into overtime and give them any energy. (With) the crowd, it’s tough to play here so I was just thinking go for the win."

Alexander-Walker bookended a 13-1 run with a pair of 3-pointers before Utah countered with a 15-2 run, punctuated by Bogdanovic sidestepping a defender to knock down his fourth 3-pointer of the game, to surge back ahead 43-32 midway through the second quarter.

New Orleans erased the deficit as the quarter progressed and took a 46-45 halftime lead on a buzzer-beating 3-pointer from Hernangomez. The Jazz missed five shots and committed three turnovers over their final eight first-half possessions to open the door for a rally. Utah went scoreless over the final 4 ½ minutes of the first half.

“We’ve established an identity to this team,” Jazz coach Quin Snyder said. “We don’t look like that team. That’s where the inconsistency lies. I think we know how we need to play. It’s just a question of us executing."

The Jazz and Pelicans will play again on Saturday night.

Pelicans: Hernangomez had five assists, matching his career high. … Valanciunas had a team-high 10 rebounds. … New Orleans was 0-14 when trailing after three quarters going into Friday night.

Jazz: Bogdanovic went 5 of 5 from the field in the first quarter, accounting for 45% of Utah’s total baskets during that period. … Gobert finished with a team-high 10 rebounds. … Mitchell shot just 6 of 21 from the field.

Zion Williamson is one step closer to returning to action for New Orleans.

The third-year forward was cleared on Friday to participate in full team basketball activities. Williamson went through 4-on-4 full-contact work the same day. He has not yet done any 5-on-5 drills but will do so at the Pelicans’ next full practice.

Williamson has not played this season after fracturing his right foot.

“It’s been a long road to get him to this point,” Pelicans coach Willie Green said. “Anyone that’s ever dealt with any type of injury like that, it’s just hard to come back from. Hard mentally. He’s done a great job of pushing through it.”

Green said there’s no timetable for when Williamson will make his season debut. Everything will hinge on how he feels in practice. New Orleans isn’t expected to hold its first full practice until Thursday at the earliest.

The Pelicans are hopeful his participation in practice will make a positive difference.

“Hopefully, it adds some juice to our team,” Green said. “He’s a huge part of what we do here.”